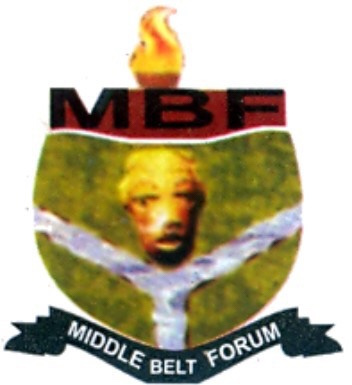 The Middle Belt Forum (MBF) has accused the federal government of pursuing an agenda of ethnic supremacy and suppressing other ethnic groups.

It described as “ill-mannered,” the response by the Presidency over calls on the administration of President Muhammadu Buhari to facilitate processes for the restructuring of Nigeria.

The MBF also faulted the recent move to register artisan miners through the Presidential Artisanal Gold Mining Initiative of the federal government to “mine and refine their gold”, and sell to the Central Bank of Nigeria (CBN), describing it as “a clear case of injustice.”

The National Publicity Secretary of MBF, Dr. Isuwa Dogo, who expressed these views in a statement, said with the response from the Presidency on the agitation for restructuring, “it is now evidently clear that the federal government is enmeshed in pursuing an agenda that seeks to enthrone an agenda of ethnic supremacy and suppress other ethnic groups.”

He said, “Apart from the capturing of power by a vicious cabal, the same power-wielder group is deploying the same for the singular pursuit of empowering a particular ethnic group as shown by various appointments into key security positions, among others.

“With the present government in power, there seems to be deliberate policies that subjugate and enthrone inequality in a country reeking of injustice. There is no doubt that against the backdrop of incessant bloodshed and violence being unleashed on defenseless communities by criminal elements in the name of Boko Haram and criminal Fulani herdsmen, there is no better time than now for the Federal Government to heed the calls for the nation’s restructuring.”

Dogo said as it had become the norm, Presidential Spokespersons, Femi Adesina and Mallam Garba Shehu, dismissed such calls, arguing that the Federal Government would never yield to pressures to break up the
country.

He further said, “Even to the blind, it is too glaring that Nigeria’s corporate existence is severely threatened, taking into consideration the incessant destruction of lives and property rocking the various nooks and crannies of the nation.

“Not only have criminal elements invaded hundreds of communities and presently occupying towns and villages to the consternation of citizens, the inability of security forces to rein in the dastardly acts of these killers have weakened citizens’ faith in the government to secure their lives and property.

Having watched the country degenerating into a vicious pond of frightening uncertainties, should these respected persons, who have played and are still playing critical roles in national affairs, be condemned for demanding for a quick solution to avert a national catastrophe?

“Therefore, the calls on the Presidency to provide quick solutions to avert the incoming break-up of the country are not only in order, but also a demonstration of faith these prominent elders have on Nigeria. Keeping silent under a democratic government, these elder statesmen would have betrayed the cause for national development.”