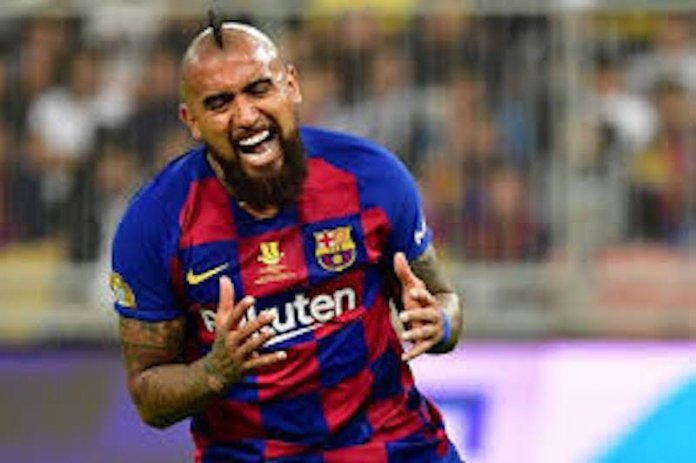 The midfielder will complete a medical in Milan today and could be confirmed as a player for Antonio Conte’s side later same day, as he swaps La Liga for Serie A.

An agreement has been in place between the clubs for a few days and Vidal has been waiting to fly out to Italy, but issues with the contract took longer than expected to resolve.

Now, however, the path has been cleared for the Chilean international to move to Inter on a two-year deal.

While Vidal’s transfer fee looks to be a bargain for a proven player at the top level, he will be earning wages of around €6million (£5.5m/$7m) a year.

It was this that proved the main stumbling block in getting the deal in place, as Inter looked to free up finances.

However, they have been able to find the money following the departure of Diego Godin, who has negotiated the termination of his contract and will join Cagliari.

Vidal will make his return to Italian football after five years away, since he swapped Juventus for Bayern Munich before moving on to Camp Nou.

Vidal is one of several previous first-team players at Barcelona who have been told they can leave the club by new manager Ronald Koeman.

He will link up again with Conte, who managed him at Juve and is a big fan of the combative central midfielder.

He spent two years at Barcelona after moving from Bayern Munich in a €17.5m (£16.2m/$21m) transfer, scoring 11 goals in 96 appearances and winning the La Liga title in his first season with the club.

The South American has been working away from the main group at Barcelona for a few days, as he waited on confirmation from Inter’s end that a deal was in the pipeline.

Vidal departs following a terrible season for Barcelona in which they lost the league title to Real Madrid and were thrashed 8-2 by Bayern Munich in the Champions League quarter-finals, and he has voiced his frustrations at such a disappointing campaign.

“The last three years are not what a team like Barcelona deserves,” Vidal told Daniel Habif’s YouTube channel . “The best team in the world cannot have 13 professional players. You cannot always win with DNA. (Lionel) Messi is the best in the world, an extraterrestrial, but he needs help so that better results can be achieved.”

The 33-year-old will now be tasked with helping Inter build on a second-place Serie A finish in 2019-20, with Conte’s men set to open their latest campaign at home to Fiorentina on September 26.

The Nerazzurri are due to take in a trip to Benevento four days later, before their focus switches to a huge clash against last season’s title rivals Lazio at Stadio Olimpico at the start of October.