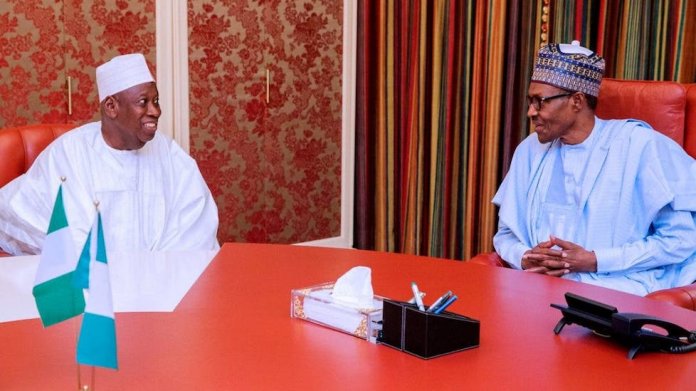 Buni and Ganduje who are also the governors of Yobe and Kano States respectively, were believed to have met with the president to review Saturday’s governorship poll which was lost by the APC.

The governorship candidate of the Peoples Democratic Party (PDP) and incumbent governor of Edo State, Godwin Obaseki, trounced his closest rival, Osagie Ize-Iyamu of the APC with 307,955 votes as against the latter’s 223,619 votes.

After the meeting, the governors left the president’s office through another route obviously to avoid answering questions from State House reporters who were eagerly waiting to ask for their mission in the Presidential Villa.

Ganduje and his Imo State counterpart, Hope Uzodinma, had spent the weekend in Benin, the Edo State capital, where they worked tirelessly for the party’s victory, but their efforts were futile.