Our attention has been drawn to a publication by Olusegun Adeniyi captioned “Bayelsa and Judicial Musical Chairs” on August 20, 2020 of THISDAY Newspaper. The piece leaves many readers perplexed as to the reason Segun who normally gives historical context in his articles, chose to start this particular article with events of the last one week.

As a refresher, let us briefly look at some of the events surrounding the Bayelsa Governorship Election of 2019 which has generated debates around the country.

The 16th November, 2019 Bayelsa gubernatorial contest has been in the judiciary much earlier than Segun has referenced in his publication. To put some clarity and better understanding of the events, let us recall that on the 12th November, 2019, four days to the November 16th election, a Federal High court in Abuja gave a court order disqualifying the Deputy Governorship candidate of the APC, a serving Senator of the National Assembly.

Furthermore, on 14th November, 2019, another Federal high Court in Yenagoa, delivered a judgment in a case filed by Senator Heineken Lokpobiri, claiming that he ought to be the rightful gubernatorial candidate of the APC rather than Chief David Lyon.

The Court of Appeal subsequently, overturned the decision of the Federal High Court in Abuja, disqualifying the Deputy Governorship candidate of the APC. Once again the Court of Appeal and the Supreme Court agreed that Chief David Lyon and his running mate were the rightful candidates of the APC.

Having won the election with 352,552 votes for the APC against 143,172 for the PDP, and on the 13th February 2020, the eve of the swearing-in, when the Governor-elect Chief Lyon was already at the practice parade, the Supreme Court struck and declared that the Deputy Governor-elect, was not qualified and thus the Governor-elect of the APC being a joint ticket could not be sworn in.

Many commentators questioned the rationale of the decision saying that the people of Bayelsa State and the governor-elect were being punished. Others even found it surprising that the votes for the APC were wasted, since unlike the case of Zamfara State, where the Supreme Court determined that the APC did not conduct its party primaries and went further to void the votes of the APC, the Supreme Court agreed that in the case of Bayelsa State, the APC conducted its party primaries and the APC votes were not voided by the court.

The apex court however, disqualified the Deputy Governor-elect thus disqualifying the joint ticket. It stands to reason that if the APC votes were not wasted, then the PDP did not have the required votes spread to be declared elected, having won only 25 percent and above in three of the eight local government areas in the state. It is still debatable as to how INEC interpreted the judgment to declare the PDP candidate winner of the election.

Following the declaration by the INEC on 14th February, 2020, five political parties approached the Election Petition Tribunal, four out of the five challenged the qualification of the PDP Deputy Governor that was sworn in on grounds of certificate forgery. The fifth party, the ANDP complained at the tribunal that they were unlawfully excluded from participating in the November 16th governorship election in Bayelsa State.

On Saturday,15th August 2020, the tribunal gave its ruling in three petitions that sought to disqualify the deputy governor, which were dismissed in favour of PDP.

On Monday, 17th August, 2020, the tribunal once again gave its ruling in one of the disqualification cases, which it dismissed in favour of the PDP. In its ruling on the unlawful exclusion case, the three-man panel which was not unanimous agreed in its majority ruling that the ANDP was unlawfully excluded with a majority ruling decided otherwise. This is where Segun started from.

Section 31(1) of the Electoral Act does not only determine the time frame within which a political party shall submit its candidate but also in express terms take away the power or authority of the INEC to disqualify or reject a candidate sponsored and presented by a political party for any reason whatsoever.

A simple computation of the days provided in section 35 therefore gave political parties ample room in the Bayelsa gubernatorial election which was held on November 16th 2019, up to October 1st 2019 to substitute upon withdrawal or death but INEC refused the ANDP the opportunity to substitute its deputy governorship candidate when they sought to do so within 63 days to the election.

INEC also disqualified and excluded the party from the November 16th election both of which it lacks the powers.

Mushroom or not, a political party dully registered by INEC is a party under our jurisprudence, and until the law changes, cannot be excluded from participation in an election or have its candidates disqualified.

The ANDP went to court against INEC to challenge their exclusion from the election. Curiously, INEC decided to deregister the ANDP among other parties. How fair is it of the INEC to de-register a party that had taken it to court challenging its decision to deny its participation in an election that it had fulfilled all legal requirements to participate? 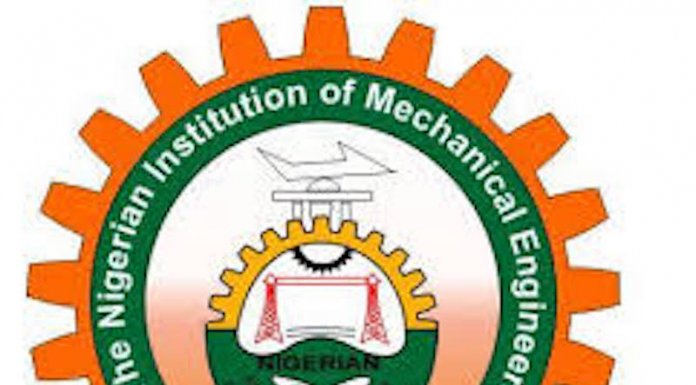