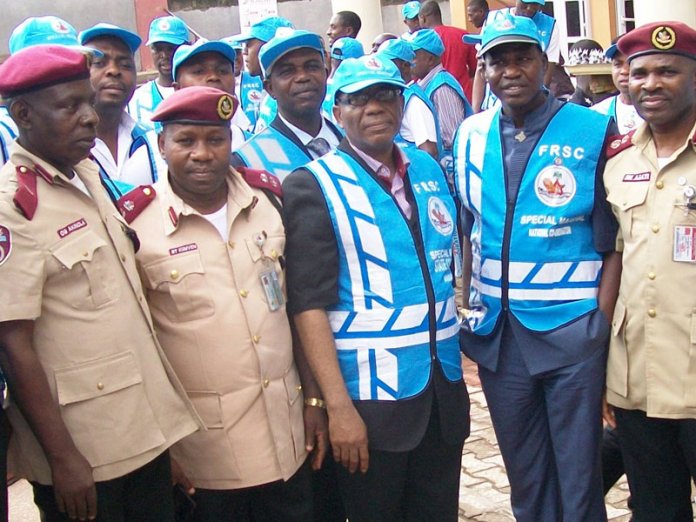 As the Federal Road Safety Corps begins its nationwide end of the year campaigns with the theme; ‘Drive Safe and Stay Safe’, the Corps Marshal, Dr. Boboye Oyeyemi has called on the motoring public to make the year 2020 ‘ember’ months unique and crash free by adhering strictly to road traffic regulations. He stated among others, that road traffic crashes are avoidable and road crash free society is possible when best road practices are applied.

According to Bisi Kazeem, the Corps Public Education Officer, the Corps Marshal strongly cautioned motorists to note that the end of the year is not naturally tragic and are not in anyway different from other months of the year, only that there seem to be an increase in vehicular movement witnessed during the season.

Debunking the myth that the last four months of the year commonly referred to as ‘ember months’ are hazardous for motorists, the Corps Marshal said that it is very possible to drive without involving in a crash as long as motorists obey and adhere strictly to traffic laws and ensure constant maintenance of their vehicles.

The Corps Public Education Officer also said that in order to guide commuters on the path of safety and minimise the tendencies of crashes and gridlocks, the Corps Marshal issued out some salient travelling and safety advisories to travellers.

According to him, “With the rapid infrastructural development going on in the rail transportation sector under the present administration of President Muhammadu Buhari, commuters are advised to maximise that alternative means of transportation by patronising the train stations where available, as this will drastically reduce the pressure on the road transportation sector”

He stated that the traveling public must start thinking about transport sharing as early as possible, to reduce pressure on the road as this will further reduce incidences of road traffic crashes. Family and friends are further admonished to plan and travel in phases, so as to avoid cluster of traffic during the ember months.

While speaking on the need to imbibe caution when choosing the vehicles to board especially for long distance trips, Oyeyemi admonished them to patronise safe and secure mass transit companies that have been duly certified to operate. This is to make room for redundancy plans in the event of vehicle breakdown.

He said that night trips are not as safe as day trips and travellers must try as much as possible to plan their trips within the hours of the day because of visibility and fatigue factors on the side of the driver.

Oyeyemi also warned that all travelling protocols for COVID-19 must be strictly adhered to. Noting that the enforcement on 50% carrying capacity for all vehicles targeted at creating adequate physical distancing is still in place, and the Corps will not spare any fleet operator caught violating this directives.

He maintained that fleet operators must religiously follow all safety precautions, observe preventive measures against the dreaded virus, and comply with every bit of travelling directives already in place.

“ Terminals and parks are expected to double up their efforts in providing adequate running water with soap and sanitisers in their parks and terminals. While maintaining physical distancing, all vehicles must have sanitisers inside them and avoid as much as possible, the use of air conditioner among others”