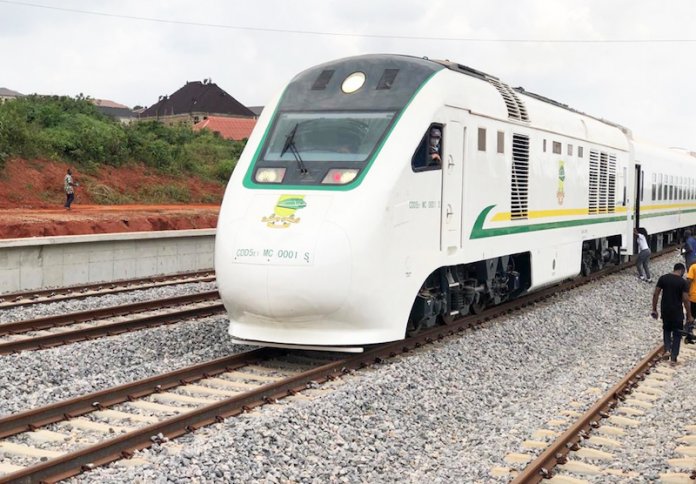 The Lagos-Ibadan standard gauge rail line will positively impact the Nigeria’s economic fortunes when operations begin in the middle of next month, reports Olawale Ajimotokan

After several delays, the Nigerian Railway Corporation (NRC) said it was planning to commence low-scale operations on the Lagos-Ibadan Standard Gauge Rail line with effect from September. Full-blown passenger service will expectedly follow suit in January 2021 when the project is completed by the construction firm.

The Managing Director of Nigeria Railway Corporation (NRC), Mr. Fidet Okhiria, who disclosed this, said that 16 trips will be made per day between Yaba in Lagos and Ibadan.

According to Okhiria, 24 coaches, and a set of Diesel Multiple Units (DMUs) made of eight coaches had been acquired for the purpose.

He gave this insight when the Minister of Transportation, Rotimi Amaechi and Minister of Information and Culture, Alhaji Lai Mohammed, recently inspected the train stations still at varying stages of completion.

The construction of the rail infrastructure began in February 2011 and the railway is expected to produce far-reaching economic benefits and commercial transformation for Nigeria, when it begins operation between the two terminals at Apapa Port and Ibadan.

It will enable the freighting of consumer goods and refined petroleum products via the rail track from the port to the hinterland and other parts of the country.

Residents and commuters of Apapa see the laying of the track as a wholesome development that will resolve the perennial gridlock caused by the craters on the road coupled with the reckless attitude of tanker and heavy duty drivers that ply the route to transport fuel and goods from the port.

Pedestrians on that axis are subjected to harrowing experience every day. Besides the irritating attitude of the tanker drivers, there is also the risk of commuters either being killed or incurring life haunting injuries, when containers that are barely strapped to the rickety trucks randomly fall on moving vehicles.

Essentially, there will also be a reduction in the sheer volume of articulated vehicles that ply the Lagos- Ibadan highway, to deliver goods as the train will provide a faster and efficient alternative means of transporting goods across the country.

As a result, the road life span will increase while the cost of road maintenance will be reduced to the barest minimum.

Track laying has been completed between Ebute-Metta Junction in Lagos and Ibadan while work is still ongoing at the 11 stations along the train corridor.

Some of the stations, four of which are mega stations, with platforms and large concourses can accommodate between 4,000-6,000 passengers at peak hours.

The project which costs $1.5 billion is the first phase of the ambitious Lagos-Kano Railway constructed by China Civil Engineering Construction Company (CCECC) at the cost of $5.3billion.

The long term benefits for Lagos, Ogun and Oyo States can only be imagined. In a nutshell, the railway will ease the pressure on Lagos, creating a potential industrial hub in the southern part of Ogun, which is rich in a swathe of unexplored land.

The design has provision for freight yards at Apapa, Kajola and Ibadan in addition to Rolling stock workshop and depots at Kajola, Abeokuta and Omi-Adio.

The rolling stock workshop under construction in Kajola will serve as a rail wagon assembly plant. The plant, the first of its kind in the country will generate about 5,000 direct and indirect jobs when completed while also boosting socio-economic activities.

It is central in the production of spare parts and maintenance of equipment needed for the railway modernisation programme. It will also produce some parts of the wagons for the Abuja-Kaduna rail line.

The track from Lagos to Ibadan is 156 kilometres in length while the train will cruise at the top speed of 150km per hour. Upon completion, the infrastructure will boast of 21 bridges, 40 vehicular overpasses, 27 pedestrian bridges and 147 major culverts and under passes.

There will also be 64.4km of line that branches to Otta, Abalabi, Owode and Idiroko in Ogun State and some parts of Benin Republic on the western flank.

It is a modern rail track that will use the GSM-R signalling and communication system for the central traffic control.

The newly acquired locomotives, which arrived the country in June have been catching the eye and exciting the public in anticipation of their full deployment.

The coaches are modern and designed with facilities that will offer passengers comfort and travelling pleasure. All the coaches are air-conditioned and came with tinted window glasses.

The sitting arrangement is configured in a way that no passenger will be allowed to stand on board.

It is also fitted with restaurants, power outlets to enable charging of telephones and other electronic appliances. The toilets are standard with pressure flushers and hand washing basins. Other features include televisions and music players for relaxation during voyage in addition to security cameras.

The pace of the project originally due for completion in May has slowed down lately due to underfunding, the rain season and the effect of COVID-19, which has restricted the construction work force at each station, which stood at 200 workers before the pandemic to 20 workers presently.

On his part, Mohammed has said the federal government was effectively utilising the funds it borrowed from China and elsewhere for infrastructural development to create jobs and provide the basis for economic development.

“There is no better way to answer Nigerians as to what we have done with the money we have borrowed than this trip,’’ he remarked during the inspection.

He said there was nothing bad in borrowing, provided the funds are invested in infrastructure rather than services or consumption, adding that the people in all communities who saw the new coaches showed excitement. 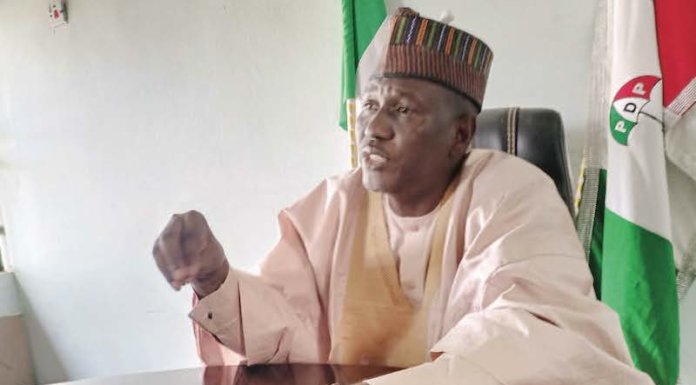