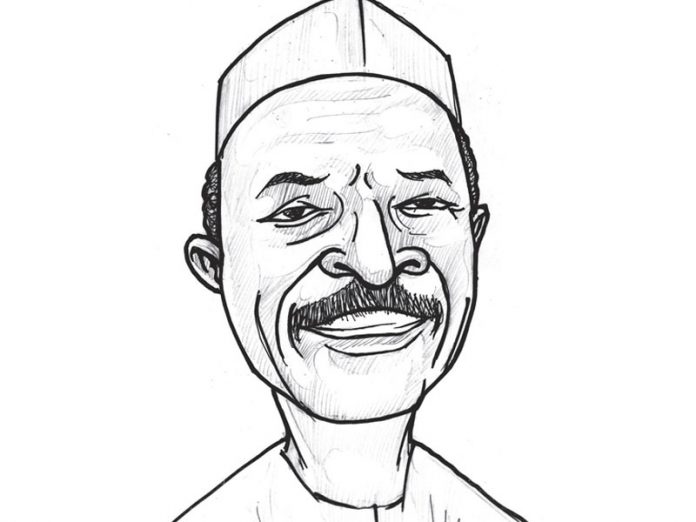 Did you hear the story of the cleric who attended a meeting in a small room filled with smokers puffing on their cigarettes? Vice-President Yemi Osinbajo relived that experience during a church service in Lagos on February 10, 2019. The pastor and Law Professor said the incident occurred between 1999 and 2007, when he was Lagos State Attorney-General.

As the meeting with the men progressed that evening, he was discomfited by the smoke. Osinbajo said: “I was so upset by the fact that there was so much smoke and when I was leaving the place; my entire body smelled of cigarettes – my hair, my clothes – my entire body.

“As I was leaving, the first thought I had was why should I be in the company of these people who are smoking cigarettes and pipes? Why? Is it not wrong? Should I be in their company? After all I am a Christian, a born-again Christian. A pastor!”

Just like whiff after whiff of tobacco smoke assailed his nostrils that day, so has Osinbajo had to bear smear after smear of a network of seemingly coordinated fake news campaigns in recent years.

Perhaps after the Commander-in-Chief, the former university don has been the softest target of fake news merchants in the last five years of the President Muhammadu Buhari administration. The funny thing is most of the attacks don’t even make any sense. They are often so easily disproved by basic fact-checking, that the sinister intent of the tale-bearers is obvious at a glance.

Sadly, the barrage of fake news has been perpetrated, at least in recent times, by professionals: a lawyer – Femi Fani-Kayode; a journalist – Jackson Ude; and, not surprisingly, a former political attack dog – Timi Frank. The malicious publications have even been extended to the VP’s family.

Take the recent falsehood that Osinbajo’s daughter Kiki, who runs a fashion retail outfit in Abuja, owns an N800m property. The absurdity was propagated by Ude, a blogger and a former aide to ex-President Goodluck Jonathan, in a July 10 tweet from the comfort of his New York abode. The VP’s daughter debunked Ude’s claim in an Instagram post.

Kiki said: “For me it is completely unbelievable that a grown man will sit in his home and lie about me; a grown man who possibly has children my age! Like many young women in Nigeria, I work hard.

“It may be difficult for people like him to understand that a young woman can work hard and succeed on her own steam. Anyone can verify the ownership of the property of Glamd Africa at AGIS in Abuja. I am a tenant in the property. My landlord’s name is Musa Adams.”

Her landlord confirmed her statement, adding that the said property was never, at any point in time, sold to the vice- president’s daughter or to anyone. He challenged anyone in doubt to check with the Federal Capital Territory (FCT) authorities.

That was not the first of Ude’s claims that suffered a rebuttal. Ude tied the N800m fake news to a previous even more stupendous claim that Osinbajo collected N4billion from the suspended acting Chairman of the Economic and Financial Crimes Commission (EFCC), Ibrahim Magu, who is being probed by a Presidential panel.

The VP debunked the allegation and even asked the Inspector-General of Police, Mohammed Adamu, to probe Ude’s claim and prosecute him for criminal defamation, if the claim is found to be untrue. Similarly, Magu also debunked the claim.

“I did not tell the panel that I gave the Vice President N4 billion. Where will I get such money? Do I have access to such funds? It is part of mudslinging. Please clear this. I do not have any control of such cash, I did not order the transfer of N4 billion to the VP or to anybody,” a member of the investigating committee reportedly quoted Magu as saying.

Rather than provide proof, Ude clutched at straws and his response belied his true intention: getting the Vice President out of office. He said: “If he (Osinbajo) indeed wants to go to court, he needs to resign first, and sue me.”

Not done with his campaign, Ude again made a series of tweets on August 8, 2020 claiming in 2016, the VP connived with the Auditor-General, Anthony Mkpe Ayine and illegally took N10billion belonging to the National Health Insurance Scheme (NHIS) from the Treasury Single Account (TSA) account.

Barely an hour later and, in a clearly coordinated plan, spokesperson of the Coalition for United Political Parties (CUPP), Ikenga Imo Ugochinyere, issued a statement lapping on the spurious claims calling on Vice President to step aside and “clear his name.”

Showing their connivance, Ude’s online portal was the first to publish the CUPP comments. Sensing that the allegations were false and perhaps because of Ude’s track record of falsehood against the Vice President, no serious media organisation published that story. Again Ude claimed that the EFCC’s Secretary worked with the Simons Cooper law firm where VP was a partner before he resigned to take the oath of office, insinuating that the VP planted him in EFCC to cut deals.

But the law firm asserted that the said secretary neither ever worked in nor even visited Simons Cooper! Weeks ago, Rudolf Okonkwo, aka Dr. Damages, ran a similar video clip attacking the Vice President based on a news report that had already been falsified. Okonkwo repeated a fake story and joined in the smear campaign against a truly honest public official.

He did not provide any evidence to support his claim, but challenged Prof Osinbajo to sue him regarding the allegation, a challenge which the vice president took up immediately. He also asked Osinbajo to resign for a thorough investigation and unbiased prosecution in court.

The vice president declared his readiness to waive his constitutional immunity to clear his name and instructed the commencement of legal action against Frank, and another Katch Ononuju, who put their names to the allegation. The FIRS has also since debunked Frank’s allegation, saying the agency’s annual allocation was not even up to N90 billion.

Interestingly, Osinbajo never tries to hug the limelight, but the few times he has, by providence, been cast into the public glare, he has been praised for being decisive. The actions he took while standing in for Buhari during the president’s holidays in the United Kingdom are reference points.

For instance, on May 18, 2016, Osinbajo, as Acting President signed an executive order on transparency and improving the business environment. It contained far-reaching initiatives to be implemented by MDAs to ensure easier access to information, processes and documentation, as well as promote efficiency in public service delivery.

The reforms gradually set in and three years later, the country moved 39 points up in the World Bank ease of doing business ranking. In 2017, Osinbajo paid an unscheduled visit to the Murtala Muhammed International Airport, Lagos, as part of the 60-day action plan for business reforms in the country. It caught many airport workers by surprise as he inspected facilities and interacted with airport officials.

Less than 24 hours later, the federal government announced the sack of 10 directors of the Nigeria Civil Aviation Authority (NCAA). Three new directors and a general manager were also appointed for the Federal Airports Authority of Nigeria (FAAN).

In August 2018, Osinbajo’s bold and decisive move helped ease political tension after the Department of State Services (DSS) staged a brief “takeover” of the national assembly. He shocked Nigerians and won their hearts by sacking DSS chief Lawal Daura “with immediate effect”.

Osinbajo described the “unauthorised takeover” as “a gross violation of constitutional order” and “rule of law”, to the applause of ordinary Nigerians across the country. Also in 2018, he ordered the overhaul of the notorious Special Anti-Robbery Squad (SARS), asked the National Human Rights Commission to investigate the numerous allegations of abuses committed by the unit.

Nigerians on Twitter celebrated – and many just seemed relieved to have an efficient politician getting things done. His leadership style won him fans because he seemed to feel the pulse of public opinion. Besides that, he was also seen as quiet, unassuming and hardworking, but eloquent, jovial person, and usually seen with a smile on his face.