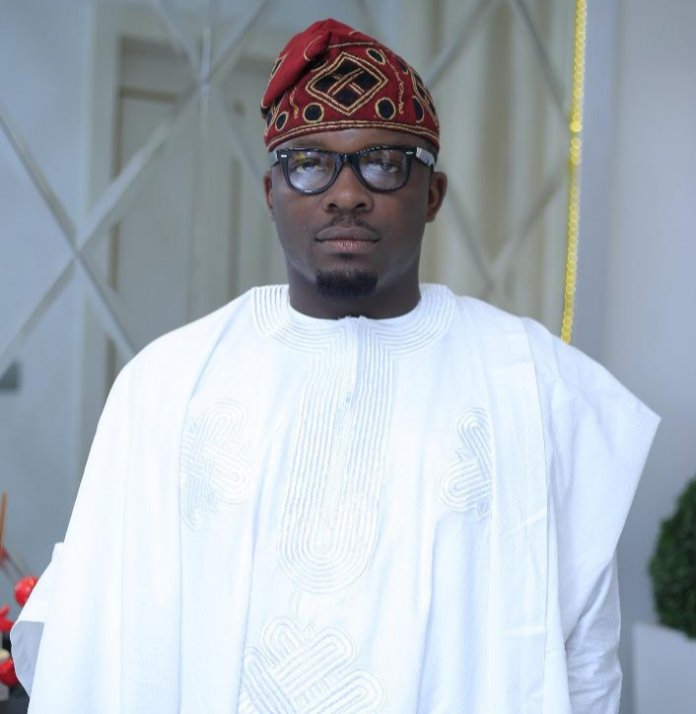 Sijibomi Ogundele – a name that would have passed off as that of just another Nigerian, now rings a tower bell to all and sundry.

Rated as one of the youngest luxurious property moguls, Sijibomi Ogundele; the head honcho of wavemaking property conglomerate, Sujimoto Construction Company, is just like the proverbial moving train that cannot be stopped. When he launched his lofty ideas a few years ago, with soothing and convincing words, many thought he was blowing his trumpet to sweet talk investors and customers into patronising him.

With disparaging comments made by many casting aspersions on his person, the young billionaire stood tall, towering above every slight meant to dent his name. Dogged and disciplined, he never relented in fulfilling his
dreams of building the most affordable luxurious condominium in Africa.

Widely acclaimed the ‘King of Luxury’ buildings in Nigeria, he didn’t just stumble on that sobriquet, he earned it through sheer dint of hardwork, self-belief, consistency and persistence. Lately, many are wondering where the lawyer is navigating to business wise. Some view his building plans as absurd, unimaginable and unachievable.

Ogundele is known for bringing the unimaginable and unachievable to life. Blessed with the strength of the biblical
Samson and the Intelligence of Solomon, none of his competitors can match his creative prowess and mental strength. Sujimoto has forged his name in gold when it comes to luxury building in Nigeria.

The list of his gigantic projects all sited in Africa’s most affluent neighbourhood; Banana Island Lagos, are receipts of his hardwork. The ‘Giuliano By Sujimoto’ stands as the best terrace house in Nigeria, now home to Nigeria’s popstar Davido. Little wonder the luxurious apartment sold out six months before completion.

The ‘Lucrezia by Sujimoto’ is under construction as the sub-structure has just been concluded. By December, the project would be on the roof top nearing completion. The LucreziaBySujimoto comes with concierge services, a swimming pool, world-class gym, rooftop lounge, crèche for kids, Interactive lobby, full home automation, 24-hour stable power supply, private cinema for residents and their guests, facility management services and top-notch security. The luxurious edifice is almost sold out with only two units left owing to its unparalleled features including one of the most elaborate and expensive penthouses in Africa going for $1.6 million dollars.

The LeonardoBySujimoto, inspired by iconic 16th-century Renaissance man, Leonardo da Vinci is a convergence of two widely conflicting entities – an affordable price and an unmatched finishing.
The LeonardBySujimoto will prove to be the end of mediocrity in Luxury living in Nigeria with the presence of new age facilities such as an In-house creche, Zaha Hadid bathrooms, Private Salon, IMAX cinema, Interactive Lobby, Technogym, Minimart, Mini Clinic, Virtual Golf bar, Squash Court amongst others. It is a waterfront property, situated at the highbrow, Banana Island area of Lagos. The property consists of a 2, 3 and 4 fully automated luxurious bedroom, three times cheaper and better than what other property companies are offering its customers.

Just like the popular axiom; “There is always a reward for hardwork”; some teeming admirers of luxury homes in Nigeria by popular demand, dragged Sujimoto and his team to the Federal Capital Territory, Abuja, where they will be laying the foundation for the eye-popping gigantic project named; Queen Amina of Zaira by Sujimito. The project will be regarded as the 8th wonder of the world as it would attract tourists from all over the world to view what will be seen as the Pride of the North. The building will establish luxury infused with the ancient Northern caliphate design.

Sijibomi Ogundele never allowed his humble beginning as an Agege-Boy to hold his dreams down, he dared to be different and was able to build a property empire, worth Billions of Dollars within five years of existence. As he would always say; “When you make truthfulness, diligence, integrity and time consciousness the bedrock of your business, the sky can only be a starting point for you.”