The Nigerian National Petroleum Corporation (NNPC) remitted N161.8 billion to the Federation Account in May, the latest figures from the national oil company indicated at the weekend.

In the corporation’s full report of its activities for the month under review obtained by THISDAY, it also noted that from May 2019 to May 2020, it netted in about $4.47 billion from the export of oil and gas.

However, for May alone, the corporation’s total export sale was $174.80 million, a decrease of 10.73 per cent compared to April.

It added that contribution from crude oil amounted to $105.08 million while gas and miscellaneous receipts stood at $8.71 million and $19.7 million respectively.

But the corporation stated that in dollar terms of the export receipts, $20.20 million was remitted to the Federation Account while $112.96 was remitted to fund the JV cost recovery for May 2020 to guarantee current and future productions.

“Total export crude oil receipts from the period May 2019 to May 2020 stood at $4.77 billion out of which the sum of $3.18 billion was transferred to JV cash call as first line charge and the balance $1.59 billion was paid into the Federation Account.

In the downstream petroleum product distribution sector, the NNPC said a total of 950.67 million litres of white products were sold and distributed by the Petroleum Products Marketing Company Limited (PPMC) during the month compared to 990.17 million litres the previous month.

Federation crude oil and gas lifting are broadly classified into equity export and domestic, with both categories lifted and marketed by NNPC and the proceeds remitted into the federation account.

Equity export receipts, after adjusting for Joint Venture (JV) Cash Calls, are paid directly into Federation Account domiciled in the Central Bank of Nigeria (CBN), while payments are effected to the account by the NNPC after adjusting crude and product losses and pipeline repairs as well as management cost incurred during the period.

According to the corporation, the average crude oil price in May increased by $10 or 61.3 per cent month-on-month $28.93 per barrel, which was the highest in three months as demand started a fragile recovery from the crisis brought about by the COVID-19 pandemic. 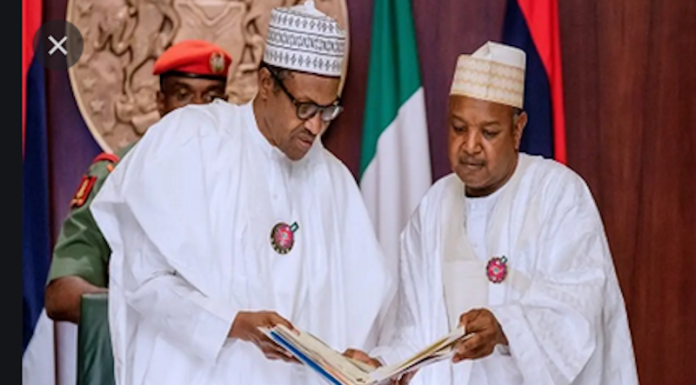