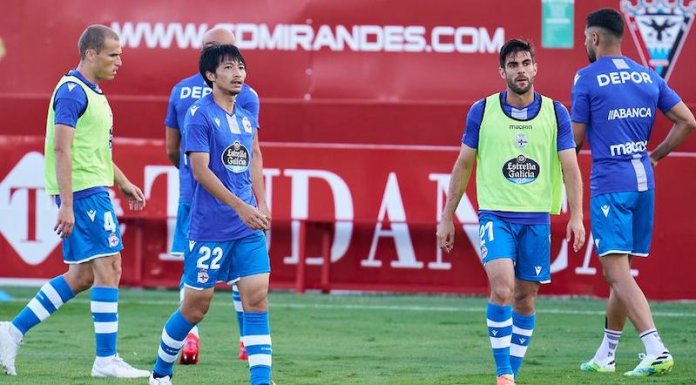 Former Spanish champions Deportivo La Coruna were relegated to the country’s third division on Monday, hours after their final match of the season was postponed just before kick off after some of their opponents tested positive for coronavirus.

Deportivo, who won the La Liga title in 2000, drop down to the third tier following wins for relegation rivals Albacete and Lugo over Cadiz and Mirandes respectively.

That means that Deportivo, who reached the semifinals of the Champions League in 2004, will go down from the second tier regardless of what they do in their rescheduled match against Fuenlabrada, which has been postponed to July 30.

That match, which was also set to have an impact on promotion to LaLiga was called off after cases of coronavirus were found at Fuenlabrada.

In the final round of the normal season Fuenlabrada were aiming to clinch a play-off spot to reach the top flight.

“After applying LaLiga’s Covid-19 health protocols and controls and detecting positive cases at CF Fuenlabrada, the Spanish football federation (RFEF) and LaLiga … have mutually agreed to postpone the RC Deportivo – CF Fuenlabrada match for reasons of force majeure,” the league said in a statement.

According to Spanish media reports, six players and a two members of Fuenlabrada’s coaching staff have caught the virus.

All other fixtures in the division went ahead as scheduled, with Huesca claiming the division title and a place in LaLiga next season, where they will face the likes of Real Madrid and Barcelona.

The league statement added that the decision to play the other matches was “the solution that best protects the health of the players and the overall integrity of the competition”.