The Presidential Committee on Correctional Service Reform and Decongestion, (PCCSRD) – formerly, (Pres-idential Committee on Prison Reform and Deconges-tion) inaugurated by the Attorney-General of the Fed-eration and Minister of Justice, Mr. Abubakar Malami, SAN, three years ago, has concluded its assignment and submitted its report to the Minister.
The AGF, while commending the Committee, said it lived up to its expectations to change the face of Cor-rectional Centres across the country.

In 2017, while hosting a delegation of Supreme Court and Appeal Court Justices, President Buhari, had de-scribed prison congestion in the country and the elon-gated period spent by inmates while awaiting trial, as a national scandal and a long-standing crisis within the criminal justice system in Nigeria.
In October 2017, the AGF constituted the Presidential Committee, chaired by the Chief Judge of the High Court of the Federal Capital Territory, Justice Ishaq Bello, to initiate strategies for sustainable deconges-tion of the Centres, with Mrs. Leticia Ayoola-Daniels, as the Secretary.

When the AGF inaugurated the Committee, he gave them a very simple task. “Go and decongest Nigeria’s Correctional Centres”.
The Committee was also expected to, among other functions, come up with a roadmap for the prison de-congestion program, providing a comprehensive user-friendly approach for tackling the problems bedevilling the Nigerian prison system.
It was also expected to provide an insight into the past and present efforts of the Federal Ministry of Justice and other stakeholder institutions, towards repositioning Nigeria’s prisons system via a strategy deployment of technology and the implementation of the Virtual Automated Case Management System, for the decongestion of prisons in Nigeria.

The Committee visited 39 prisons in 18 States. During the visits, a total number of 7,813 were released. Ac-cording to the AGF, this was made possible during the visits through advocacy overtures to relevant authori-ties, and also collaboration with other stakeholders, via general review of peculiar cases and payment of fines for convicts for minor offences, with the option of imprisonment for those who are unable to pay the fines.

Also, the Committee was tasked with reviewing the case of awaiting trial inmates generally, who account for above 70% of the population of Custodial Centres. During its visit to the Centres, the Committee also con-ducted a special review of cases of inmates awaiting trial for upwards of five years, inmates eligible for the Prerogative of Mercy, and cases of condemned convicts on death row for over ten years, with the view to getting relevant authorities to commute the sentences to life imprisonment and peculiar cases.
The vision of President Buhari for the justice sector, and the passion of the AGF to have the country’s Cor-rectional Centres decongested, led to the setting up of the Committee.

Justice Bello said the Committee’s focus, is to initiate sustainable strategies to fast track the decongestion of Correctional Centres nationwide.
In the course of carrying out its mandate, the Commit-tee had a retreat in Uyo, Akwa Ibom State with rele-vant stakeholders, where the ’first draft’ of the pro-posed Sentencing Guidelines incorporating Non-Custodial Measures for the effective implementation of the Nigerian Correctional Service Act, 2019, was re-viewed.

As part of measures to decongest the Custodial Centres nationwide in the wake of the Covid-19 pandemic and the dangers posed to the Centres, the Committee in collaboration with the Presidential Advisory Committee on Prerogative of Mercy, the Ministry of Interior, State Executives and other relevant stakeholders, have been able to further decongestion of the Correctional Centres. In all, about 7,813 inmates have been released.

Out of this figure, 3,789 inmates were released during the outbreak of Covid-19 in the country.
In Lagos State, the Correctional Officers were com-mended for exhibiting a cordial relationship with in-mates, and having a sanitised environment, which is notably profitable to the inmates’ mental health. On the discovery of a number of inmates, and in particu-lar, one who had advanced himself educationally whilst incarcerated and was in fact a ‘P.HD’ student at the time of visit, the Committee made a recommenda-tion to Mr. President for the consideration of such in-mates for presidential pardon, which will see them making useful impact in the society upon release.

The Solicitor-General of the Federation and Permanent Secretary Mr. Dayo Apata, SAN, stated that the many outstanding achievements of the Committee noted by the Chairman, was made possible because of the shared passion and vision of the HAGF and the Chairman; because of their determination and guidance the Committee has been able to deliver on its mandate.

The Secretary of the Committee, Mrs. L. Ayoola-Daniels, stated that ”The adoption of a uniform Sen-tencing Guidelines incorporating non-custodial measures throughout the country starting from the FCT is crucial, considering that an elaborate system of non- custodial measures will ensure the reduction of the use of the Correctional Centres, and by implication, lead to the decongestion of Correction Centres”. 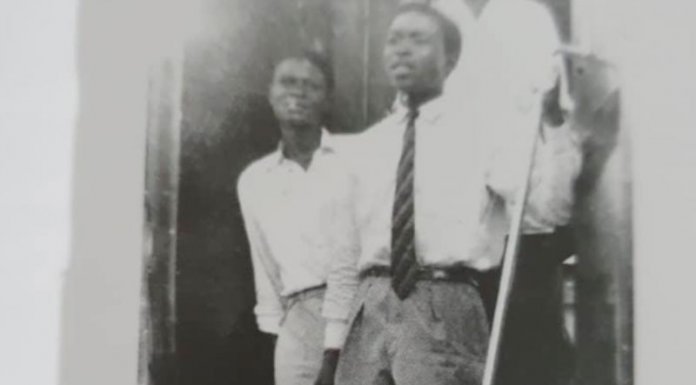 THE CARNAGE IN SOUTHERN KADUNA