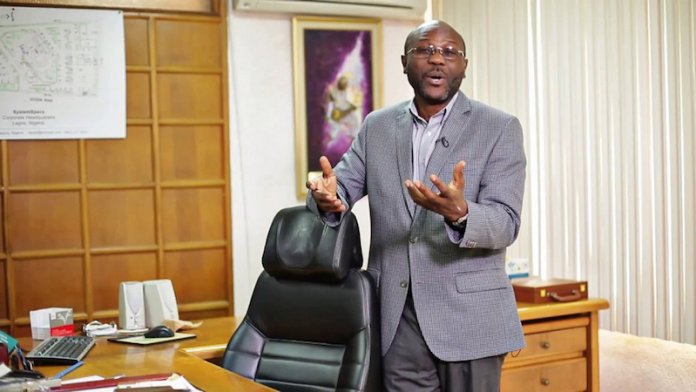 As the global mind shift advances from survival to prosperity amid the ravaging COVID-19 pandemic, future-thinking organisations are recalibrating their operations in line with core requirements while protecting the health and safety of employees. In Nigeria, the situation aligns with the rest of the world, with the restoration of economic activities by the government and a return to the status quo by most businesses.

In view of the ostensible normalcy that is creeping into our lives, it takes immense resolve to circumvent the trap that has occasioned an exponential rise in the spread of the deadly microbe. Fortunately, there are a few organisations awake to the dangers a premature reversion to the old ways of living poses to the nation and West Africa at large. To a certain extent, it feels like their strategies were informed by a team of clairvoyants, but that could not be further from the truth. No one, not even the best technologies, predicted the incursion of the virus. Howbeit, these organisations proved themselves ahead of the curve with the innovation that sets them head and shoulders above the competition.

One such organisation leading the indigenous technological revolution is the 28-year-old invention powerhouse, SystemSpecs. Shot into the limelight on account of the popularity of its flagship fintech application, Remita, SystemSpecs’ unwavering commitment to pioneering transformation permeates the nooks and crannies of the brand. In similar fashion to how the company made its legacy product, HumanManager, a trailblazer and propelled Remita to the upper echelon of indigenous fintech applications; the firm identified that the requisite levels of physical distancing to break the chain of transmission of the novel coronavirus might be difficult owing to the need for MSMEs to sustain operations, it ideated a novel product that bridges the gap between business and safety, Paylink.

A web-based solution that helps MSMEs, as well as religious organisations, not-for-profit outfits, social media sellers, freelancers, individuals and many more to swiftly receive payments with the aid of a customised link or a QR code, Paylink upped the ante by integrating e-commerce features that allow merchants display up to 50 merchandises on the platform. The solution also features an active referral scheme where introducers earn 10% of the service change on every transaction the introduced party conducts on the platform for 3 months.

This move, experts predict, will have a profound impact on the local e-commerce scene in the coming years. Congruent with technology trends world over, emulation followed thereafter. Since the full launch of the product in March, following two soft launches, no fewer than three other industry players have replicated the application to varying degrees. Even though this will invariably lead to heightened competition for market share in a budding sector, SystemSpecs can take pride in knowing that as with many mainstays in the industry today, it took a leading role in birthing them.

Introducing Paylink to the public and identifying new markets to be catered to might rightly be considered a landmark for most organisations and an inimitable contribution also to the nation during these trying times, but not SystemSpecs. The organisation has become so accustomed to distinction that its thoughtful deeds in ensuring that the wheels of government kept turning during the extended lockdown through the provision of adequate tools to state government officials to foster remote working less-developed regions almost flew under the radar. The donation of laptops and internet devices among others to critical stakeholders in government to safeguard operations is lauded as one of the most insightful contributions by a private organisation at such an uncertain time for the nation as a collapse in state activities would have precipitated a deleterious cascade effect on the health of the nation.

Unconventional as the initiative might be, spectators following the firm closely will find it in keeping with its drive for e-governance in Nigeria. It is a known fact that SystemSpecs has frequently collaborated with the toptier levels of government on multiple projects. Besides the most common initiatives know to most, the firm takes deliberate effort to simplify onerous processes with digitisation. Included in the exhaustive list of beneficiaries of this process are national examination bodies and tertiary institution students.

Powering the Treasury Single Account of the federal government, Remita contributed grossly in the entrenchment of accountability and transparency in the management of public finance. It therefore became virtually impossible for any parastatal of government and their personnel to be recalcitrant with public funds. At the Joint Admissions and Matriculations Examinations Board (JAMB) for instance, under the leadership of Prof. Ishaq Oloyede. The appointment of Prof. Ishaq Oloyede as registrar in 2016, the body has constantly remitted billions of naira to FG’s coffers, a feat that was but a pipedream in the previous administration. Recently, the firm announced the commencement of sales of Aug/Sept WAEC ePINs for candidates to promote easy enrolment for the postponed examinations, a reoccurrence from the last and the previous year. Candidates have attested to the comfort it bestows them while the inherent transparency it has instilled in the system is admirable.

Corporations stimulate economic growth in countries and the most advanced nations rely on technological advancements to maintain cutting-edge. Nigeria, for all its promise and resources, has flattered to deceive on multiple fronts. With the global fall in oil prices and the evolution from fuel cell vehicles to electric automobiles, our government shifts must focus on growing the indigenous technology sector. It cannot be gainsaid that the country possesses enormous talents in the industry to compete favourably with peers world over. If companies like SystemSpecs and other boundary-pushing firms are offered the necessary support, and an enabling environment is provided, then we will witness the full economic potential of technology.