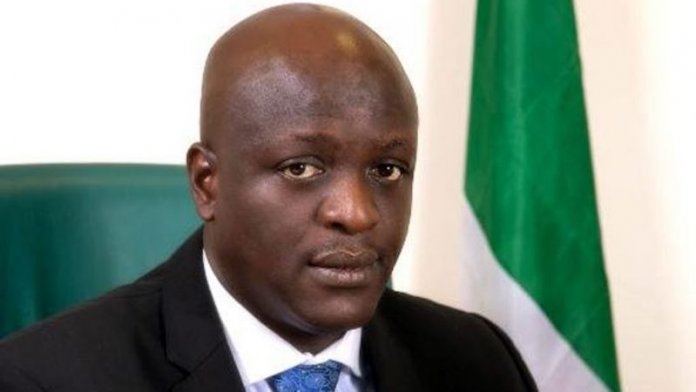 A very reliable source close to the Ogbeide-Ihama camp who wished to remain anonymous told THISDAY that the Federal Lawmaker went to court a federal court in Port Harcourt in frustration after efforts made by him and another top contender for the Edo PDP governorship ticket, Kenneth Imasuagbon to broker a deal with Obaseki were rebuffed.

Accusing fingers for the failed attempt for a meeting with Obaseki were pointed in the direction of Senator Mathew Urhoghide, the senator representing Edo South. He was accused of thwarting all efforts by Ogbeide-Ihama and Imasuagbon to meet with Obaseki.

“Urhoghide believes he does not need key PDP stakeholders in Edo who have been keeping the party alive and did not allow it to die a natural death, when the All Progressives Congress (APC) became the ruling party in the state. These are the men oiled who oiled the machinery of the party in the state and kept it afloat. It is rude and unfair for Urhoghide to think that he can close a deal as important as who flies the party’s governorship flag without involving these men, just because he has access to officials at the National Secretariat of the PDP.”

He said further, “The election is not going to be held in Abuja. It will be held in Edo. Even if Obaseki is going to become the party’s governorship candidate, those held the party together until he arrived should be involved in the negotiations and carried along.”

A member of the PDP National Executive Committee (NEC) and National Publicity Secretary of the party, Mr. Kola Ologbodiyan declined comments when asked if the party will deploy ‘political solution’ to resolve the Edo quagmire.
The rescheduled Edo PDP governorship primary holds on Thursday, June 25.