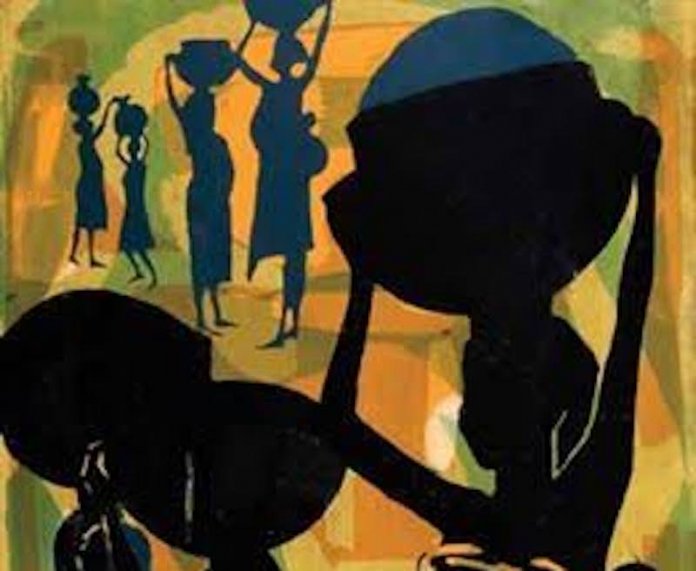 One of the earliest art scholars in Nigeria would have been 90 years old this year but he passed 22 years ago at age 68. Prof. Solomon Irein Wangboje was Nigeria’s pioneering Professor of Fine Art and a former Deputy Vice-Chancellor at the University of Benin. Considered as an embodiment of kindness and humility, Prof Wangboje blazed the trail in contemporary Nigerian arts when he became the first Nigerian academic Professor of Art in 1973 at the Ahmadu Bello University Zaria, on the heels of his years as a researcher and lecturer at the then University of Ife, Ile-Ife now Obafemi Awolowo University. He was one of the pioneers of academic trained artists in Nigeria who cut his teeth at the Nigerian College of Art, Science and Technology (NCAST), Zaria from 1955 to 1959 alongside thoroughbred artists such as Bruce Onobrakpeya, Uche Okeke and Demas Nwoko.

He obtained a doctorate degree in Art Education in 1968 after he bagged a Master of Fine Arts (MFA) degree in printmaking. An artist, educationist, administrator, scholar and a humanist, late Prof. Wangboje was the architect of the Department of Fine Art/Applied Art, Ekenwan Campus, University of Benin. Reputed as a great administrator of impeccable quality and vision, he was appointed as Head of the Department where he demonstrated a vision of making the Benin Art School one of the best art institutions in the world. He contributed immensely to the development of printmaking in Nigeria through the application and exposure of various themes, techniques and media in his creative works. Based on his life achievement in the field of arts and his dedication to the values of SNA, he was inducted posthumously into the Society of Nigerian Artists (SNA) Hall of Fame.

As a pioneer artist who rose to the peak of his career at a time art was less attractive, he was a source of inspiration for younger generation artists. He once declared in 1995 that “now that we are no longer anonymous, let’s see what we have done. Let us shift emphasis from making art. Rather, we should be talking about it.”

At his 66th birthday celebration in 1996, the VIP Lounge at the National Arts Theatre, Iganmu, Lagos was reportedly swarmed by some of his old students, relations and professional associates. The organizers of the event were members of the University of Benin Arts Graduates Association (Ekenwan Art-Grads) who used the platform to extol the virtues of the master print-maker.

In commemoration of his lofty ideas and contributions to the contemporary Nigerian Arts, the association which was led by Dr. Kunle Filani declared every August 16 as “Artgrads Day” to be marked by exhibitions, workshops, conference and seminars among others. At the birthday bash, Prof. Wangboje was also unanimously appointed as the life patron of ‘Ekenwan Art Grads.’

The association held a group art exhibition on October 12, 1996, at Wangboje’s Art Gallery, Osborne Road, Lagos which was followed by a conference on “Art and Art Education” at the University of Benin auditorium. A large size painting, CELEBRATION by Akin Onipede, one of the old boys was presented to Wangboje as birthday gift.

“We are very individualistic in our arts and life and for anybody wanting to group artists he stands for a very herculean task and journey. “My hope is that when this group gets together, they must start on a very strong note, stand together and work harder,” he said in his acceptance speech.

The late Prof Wangboje who hailed from Avbiosi, Owan-West Local Government Area of Edo State was a lover of children. According to his daughter, Mrs Iwoje Wangboje-Eguavoen, a lawyer and gallery owner, Prof. Wangboje’s strong passion for helping young art enthusiasts started when he introduced a programme entitled TV Model Club on NTA Benin in the 1980s. He created this television content to reiterate the values of early art education. Wangboje’s legacy of art workshop was well known in his Ori Olokun project at the University of Ife, Ile-Ife.

In continuation of that legacy, his daughter Iwoje initiated the Wangboje Children Art Competition, a yearly art competition organized by Wangboje Art Foundation for children under ten years in 1998. It was held at Wangboje Art Gallery at Ikoyi Lagos attracting no fewer than 150 school entries from nine schools on the theme, Romance of the Head Load, which is one of Prof. Wangboje’s works.

Until his death, he created great number of prints, employing different techniques like wood-cut, and lino-cut which are relief printing techniques. Most of his works are largely influenced by his experiments and events around him. The Creative Arts Faculty at the University of Benin, according to Wangboje, was founded primarily to project the African arts in African way. Wanting a departure from the European approach, he modeled the faculty to accommodate music, painting, theatre and other departments of Creative Arts. Though his works focus on people, places and events, as expressed in Desert Journey II (1964), portrait of a Labourer (1964), and idle boats, he locates the African motifs and symbols in most of the works. Arguably, a continuation of the philosophy of the “Zaria Rebels” others like Music Maker (1964), By the light of the moon (1962) and At the Wharf (1964) remain symbolic in his collection. Wangboje saw mask as inseparable from African art and highlighted mask’s expressive and aesthetic values in his retrospective exhibition.