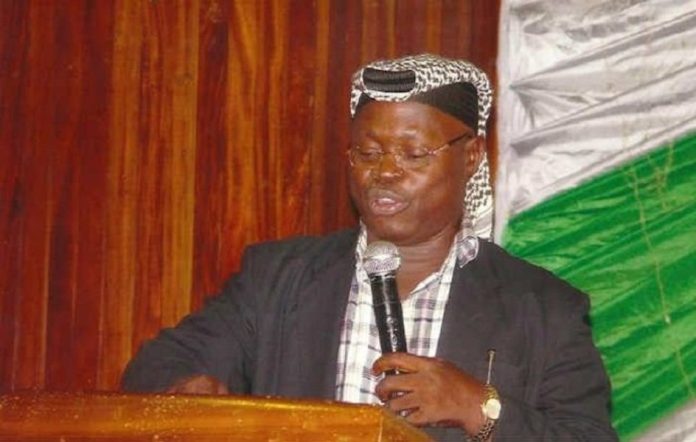 Following the violation of the social distancing order in some northern states during the celebration of Sallah, the Director of Muslim Rights Concern (MURIC), Prof. Ishaq Akintola has stated that the governors who allowed congregational Eid prayers committed impeachable offences.

Akintola said in a statement that the actions of the governors ran contrary to directives by the federal government, Jama’atu Nasril Islam (JNI) and the Nigerian Supreme Council for Islamic Affairs (NSCIA).

He asked lawmakers of the states to “do the needful as the governors committed impeachable offences”.

“It is a shame that governors can play to the gallery even when it has to do with human life. This is not Islam. It is articulated religiousity,” Akintola said.

“There must be consequences when people in positions of authority gamble with the lives of their citizens. This singular action has put the whole country in danger and we only have to wait for the next two weeks as the virus incubates for us to know the impact of the governors’ intransigence.

“This is how not to worship Allah. Neither is it about the right to celebrate a festival. MURIC as a human rights body will not defend the indefensible. Islam is a religion of justice. Therefore we will not bend the rules or change the goal post after the game has already started just because Muslim governors are involved this time around.

“The fact that we vowed to promote Allah-given fundamental human rights of Muslims does not mean that we would look away when Muslims do the wrong thing. Afterall we were all here when Christians marked Easter without fanfare, pomp and pageantry. So why can’t we as Muslims control ourselves?

“We have not seen the end of this incident if we have conscious lawmakers in the state assemblies. Any lawmaker worth his salt will know that the action of the erring governors stand in contra-distinction to the provisions of Article 14 Section 2(b) of the1999 Constitution of the Federal Republic of Nigeria which stipulates that the security and welfare of the people shall be the primary purpose of government.

“In essence, the governors have committed impeachable offences. We therefore call on the state legislators to do the needful. We do not want governors who do not care about human life. The choice before the governors is this: apologise publicly or resign and pack out of government house, otherwise your impeachment is just around the corner.”

He apologised to Nigerians “on behalf of the Muslim community”.

Akintola also called on President Muhammadu Buhari to speak against the act which he described as an embarrassment.

“Every Nigerian Muslim must take responsibility for this. These recalcitrant governors have embarrassed Islamdom. We must admit our wrong particularly because what we did is capable of bringing untold hardship upon the whole country. The next two weeks will tell. But to start with, we must show remorse and apologise to fellow Nigerians for exposing the country to danger,” he said.

“It is on this note that we of the Muslim Rights Concern (MURIC) tender unreserved apology, first to President Muhammadu Buhari, the Federal Government and all law-abiding citizens in the country. If we have always been quick to confront those who maltreat Muslims, we must not be silent when the Muslims themselves wrongly defy the rest of Nigerians and embark on actions capable of causing mass death among innocent Nigerians.

“We must speak truth to power because truth is sacrosanct. The governors simply went on a show of shame. It is disgraceful. It is a huge blunder. When did Nigerian Muslims become more Muslim than their Makkan counterparts? Why must we assemble for Id prayer in Nigeria when Muslims in all Arab countries prayed at home? Muslims in Senegal, Gambia, Ghana and other West African countries prayed at home.