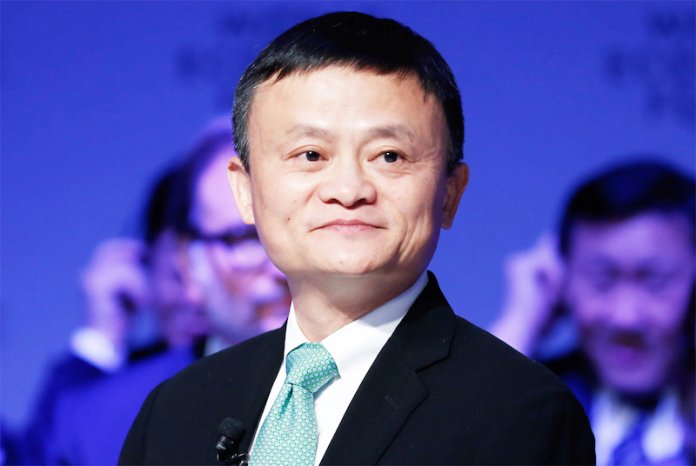 The Africa Netpreneur Prize Initiative (ANPI), set up by the Jack Ma Foundation, which is attracting a prize money increase to $1.5 million from $1 million, will enhance technology innovation among African entrepreneurs, writes Emma Okonji

When Jack Ma, the founder of Jack Ma Foundation, made his first visit to Africa in 2017, he came away from that trip deeply inspired and impressed by the energy and potential he saw amongst the entrepreneurs he met in Africa. In many ways, he also recognized that the entrepreneurs were facing many of the same barriers that he also had to overcome when he first founded Alibaba.

From that trip, he committed to do his part to inspire, train, and support entrepreneurs in Africa. As part of this commitment, he established the Jack Ma Foundation’s Africa Netpreneur Prize Initiative (ANPI) in 2018. ANPI is the foundation’s flagship philanthropic programme for the African continent.

The Senior Advisor for International Programmes, Jack Ma Foundation, Mr. Jason Pau, who spoke about the motive behind Africa Netpreneur Prize Initiative, said: “With this programme, we are committed to identifying and recognizing 100 African entrepreneurs as well as allocating $100 million over a ten-year period in grant funding, training programs, and support for the broad African entrepreneurial ecosystem.”

According to him, ANPI also organizes Africa’s Business Heroes(ABH) prize competition and show. With this, the foundation is focused on spotlighting entrepreneurial heroes across Africa, who are working to solve critical problems, uplifting their local communities, and building a more inclusive digital economy for the future. “We want to provide these outstanding entrepreneurs with a platform where they can fully showcase their business ideas and talent,” Pau said.

Speaking on the plan to select 10 top finalists, who will compete for the position of the overall winner for this year’s competition, Paul said it was important to the foundation to ensure that the competition is as inclusive as possible. As a result, this prize competition is open to entrepreneurs from all industry sectors, all African countries, and all ages and genders. Applications this year will be available in both French and English.

Every year, 10 finalists will be selected to compete in the ABH finale pitch competition. These 10 finalists are all winners in that they will be walking away with a share of a $1.5 million prize pool in grant money. They will be selected in accordance with a certain set of criteria including – their leadership and vision, ability to translate their innovations and ideas into strong business models, and commitment to creating a positive impact for their communities.

“We have been proud to see how Temie Giwa-Tuboson from LifeBank has been able to progress her business in the months since being named the first-place winner of Africa’s Business Heroes last November. With the grant money from the Prize, she has grown her business to be truly Pan-Nigerian, and she now has plans to leverage her earnings to expand from LifeBank’s headquarters in Nigeria into Kenya.”

It has also been wonderful to see how she and her team have stepped up in the fight against Covid-19. Her company is a leader in the healthcare sector, delivering critical medical products in Nigeria. Since the pandemic, she has opened an online registry for equipment such as ventilators, respirators and ICU beds within Nigeria. LifeBank is also working to promote social distancing by distributing floor stickers to hospitals, pharmacies, and grocery stores.

Temie is serving as an ambassador for this year’s prize, and we are glad to see that she and other finalists have also been able to get value from ANPI beyond just financial gain. They have found a lot of value add from the collective expertise and insights that our ANPI community of business leaders offers. As a result, they have begun building partnerships and cooperating with peers from across Africa and from around the world.

Last year, the foundation received about 10,000 applications from 50 African countries. It has been really exciting to see the level of interest and participation from across the continent.

“We just opened our application process for this year’s prize on April 6, and interested entrepreneurs will have until June 9 to apply. It was tremendous to have been able to receive 10,000 applications from 50 African countries last year, and we hope to receive even more this year and have another inspiring group of entrepreneurs represent all corners of the continent.

“We are committed to providing training and support for the broad African entrepreneurial ecosystem. For those that do not make it as one of this year’s top 10 finalists, they will have the chance to take part in training, education and networking opportunities as part of ANPI so that they will still be able to get an opportunity to learn from the experience and best practices of other entrepreneurs and business leaders, and hopefully be able to continue taking their own businesses to the next level.

“We also see the finale show as a masterclass in entrepreneurship in many ways. We are broadcasting the finale show across the continent and online so that viewers and aspiring entrepreneurs will get to watch the most talented and promising entrepreneurs from Africa pitch global business legends such as our finale judges from last year – Jack Ma, Strive Masiyiwa, Ibukun Awosika, and Joe Tsai. There is a tremendous sense of learning instilled into the show and not only being able to directly see how top entrepreneurs pitch their companies, but also gain insights from how judges identify both opportunity and drawbacks in various businesses and industries,” Pau said.

The foundation announced a $1-million grant for 10 finalists last year but has increased it to $1.5 million this year for the same number of finalists. Jack and everybody at the Jack Ma Foundation were incredibly moved by the response that the prize received last year, and as a result, the foundation was motivated to commit more resources and support for ANPI. This expanded commitment is reflected not only in the increase of the prize pool from $1 million to $1.5 million, but also in the overall, long-term commitment to allocate $100 million over 10 years for grant funding, training programs, and support of the entrepreneurial ecosystem in Africa.

There has been an amazing rise in home-grown tech and business-model innovations across Africa, so it is certainly a promising time for entrepreneurs in the continent. I think the potential for further growth can be accelerated by the cooperation and learnings shared between innovators from different countries in Africa and overseas, by increased access to investment and capital, and supporting a policy that can enable innovators and SMEs to thrive.

“We know first-hand, how impactful small and medium enterprises (SMEs) and entrepreneurs can be in driving transformative change. When Alibaba was first founded, there were no payments or logistics infrastructure, but Jack and his team were able to create a new infrastructure for the digital age. When you factor in the size of the informal economy in Africa, I believe the continent is poised for an even greater digital revolution.

“For example, smartphone adoption rates are rapidly increasing – making it possible for anyone with a mobile phone to potentially start a business or access products and services with the touch of a button. Africa has the potential now to learn from others and leapfrog into the next era of digital development. The time has come for entrepreneurs from Africa to solve some of the big problems they face on a daily basis, and to create the companies, innovations, and technologies that will make an inclusive digital economy possible.”

The Jack Ma Foundation has encouraged African governments to adopt a holistic perspective and reflect on how strong entrepreneurial ecosystems are supported by a foundation of four E’s, which is: Firstly, entrepreneurs and thinking how we can fundamentally support them as they work to transform society, including policies and incentives that can be put in place to facilitate their day-to-day operations. The second E is education. The next generation of entrepreneurs need an education that adequately equip them for the future. In particular, they need training programmes that have been built for tomorrow’s digital era, rather than yesterday’s traditional economy.

The third is e-government, which is critical to have supportive governments that operate with efficiency and transparency to help a digital economy to grow.

Finally, e-infrastructure is a crucial underlying factor. A solid digital infrastructure empowered by strong internet and data services will be the backbone upon which a digital economy is built.