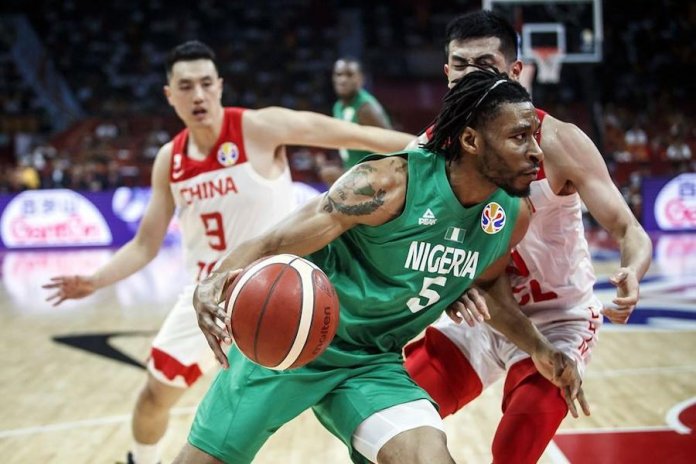 As one of the senior members of the current D’Tigers set up, Spain-based Stanley Okoye has set his target at a possible podium finish at next year’s Olympic Games in Tokyo, Japan.

The member of the 2015 team that won Nigeria’s first ever Afrobasket title in Tunisia said with the current talents in the team, being one of the best teams in the world is achievable.

He revealed that the current bunch of players in the team are determined to take Nigerian basketball to where it truly deserves.

“For us, we have always talked about it. We want a medal. We have to look forward to the Olympics. We want to stay on the podium.”

Reminiscing on the 2019 FIBA World Cup in China, the Herbalife Gran Canaria of Spain small forward who missed out of the 2019 Afrobasket co-hosted by Tunisia and Senegal believes the team would have done incredibly well if they had advanced from their group.

“At the 2019 World Cup, I felt like we had the opportunity if we had gotten out of the group stage, we would have had a decent run to get a medal,” he recalled.

Currently ranked 23rd in the world and first in Africa, the 29-year-old is certain that D’Tigers can win their second ever Afrobasket gold.

“They know we are the best in Africa, so we have to get gold every time. If we don’t, then we have fallen short,” Okoye concluded.