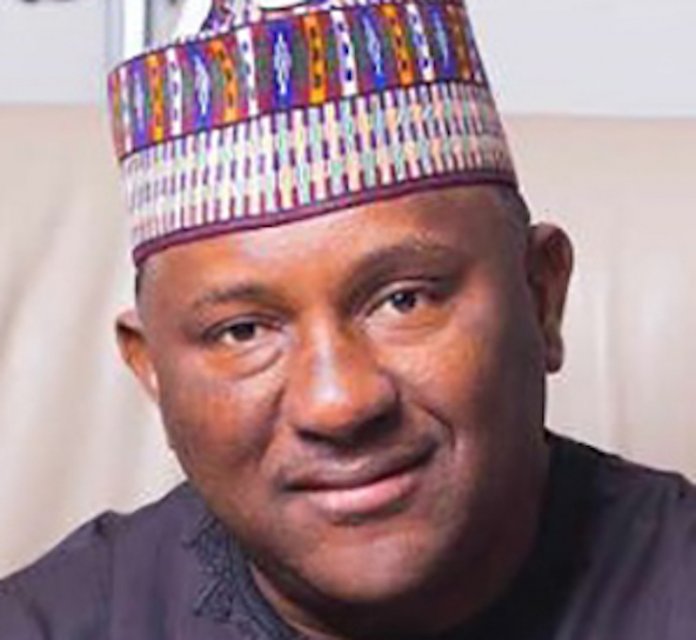 Worried by the rising cases of COVID-19 particularly in Kano and Lagos, despite efforts to curb the spread of the virus, the Founder of the BUA Group, Alhaji Abdul Samad Rabiu, has announced a N3.3billion grant to the two states and the presidential task force.

The donation is in addition to BUA’s earlier N1billion contribution to the private sector-led CACOVID coalition and donations to other states. With the N3.3billion additional donation, Rabiu becomes the highest Nigerian donor to the fight against COVID-19 in the country.
Announcing this in a letter to the Presidential Task Force, Alhaji Rabiu said Kano, which had seen a spike in the number of cases lately, including hundreds of unexplained deaths, would get N2billion, while Lagos which had the highest number of confirmed cases in Nigeria would get N1 billion.

He said the sum of N300million would go to the Presidential Taskforce.

Rabiu said the N3.3 billion grant which he was committing through the BUA Foundation would be managed by a working group made up of the presidential taskforce, Nigeria Centre for Disease Control (NCDC) and other stakeholders in equipping two existing permanent facilities in Kano and Lagos States, which he described as the two epicentres of the virus in Nigeria.

Lagos has recorded 689 cases with 19 deaths, while Kano, which recorded its index case about two weeks ago, has 77 cases and one confirmed death. There are however about 640 unexplained deaths recorded in Kano in less than two weeks.

“I view with deep concern, the increased rate of spread of the coronavirus especially in Kano and Lagos despite concerted collective efforts to curb the spread and effect of the virus in Nigeria. I also wish to commend the leadership shown by the taskforce as well as the NCDC in this fight. However, we all know more needs to be done.

“Based on what is going on especially in Kano at the moment, we have decided in the immediate, to commit a 3.3 billion naira grant to a working group made of the presidential taskforce, NCDC and other stakeholders in equipping two existing permanent facilities in Kano and Lagos States –whilst collaborating with the teaching hospitals in those states.

“To this end, I am immediately committing and making available –through the BUA Foundation, two grants of the two billion naira for the Kano-based intervention and one billion naira for Lagos State being the two epicentres of this virus in Nigeria. A sum of N300million will also be made available immediately in cash to the presidential taskforce to assist with logistical and operational activities of the taskforce. This grants in addition to BUA’s earlier contributions to the private sector led CACOVID coalition and donations to other states.

“The working group will be expected to use resources at its disposal to ensure this facilities – to be determined by the working group –are fully equipped in the shortest possible time. I believe this will effectively help to expand the scope of interventions, ongoing research as well as support already stretched medical facilities dedicated to this fight.

“We look forward to receiving at the earliest, grant proposals from the working group.”