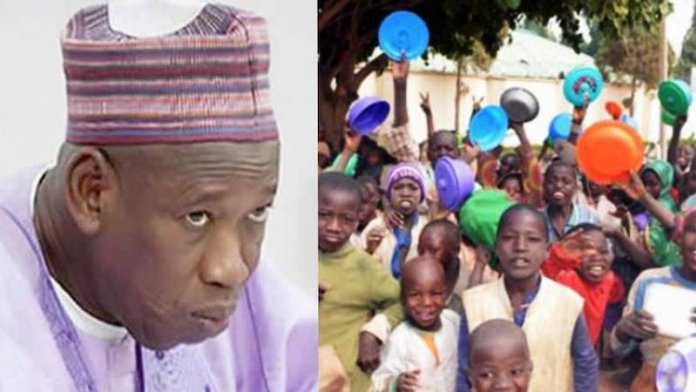 As part of the efforts to ensure sustained implementation of its Free and Compulsory Basic Primary and Secondary Education, Kano State Government has moved to decongest Almajiri schools, as arrangements have been finalised for the official evacuation of Almajiri pupils to their respective states/local government areas for onward reunion with their families.

Already, preparations have been concluded for the handing over of 432 Almajiris to the Katsina state government scheduled to take place today (Tuesday) at the Kano/Katsina border.

A press statement signed by the Kano State Commissioner for Information, Malam Muhammad Garba and made available to THISDAY yesterday, indicated that the measure is taken considering that since the closure of all primary and secondary schools three weeks ago, the Almajiri seminaries remain congested with pupils who have no shelter and nowhere to go.

He said the measure, which was also adopted after due consultation, is in line with its proactive measures to control the spread of the deadly virus in the state.

The commissioner pointed out that the state government is in contact with other states to see the successful evacuation of the Almajiri to their states of origin.

Malam Garba assured that the exercise would be a continuous until all the Almajiris are evacuated and sent to their states of origin.

He called on the public to religiously observe the stay-at-home order and personal hygiene in order to be safe.