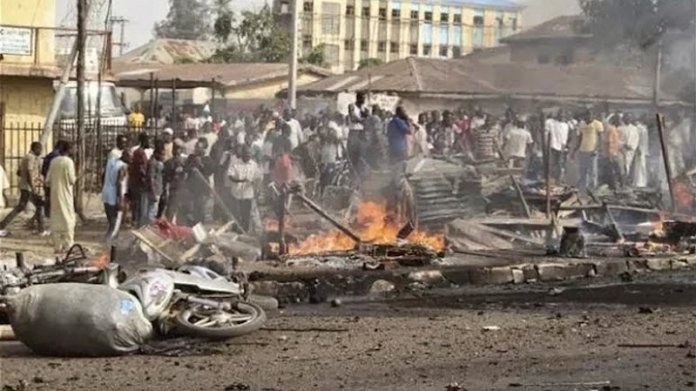 The driver of the explosive-laden truck that exploded last Saturday at Eleyewo community in Akure North Local Government Area of Ondo State, Isiaka Yinusa, has stated that he did not know he was carrying explosives.

The driver, who was still recuperating from the surgery he underwent to remove shrapnel from his stomach, said he never knew when and how he got to hospital.

Speaking in an interview on the state television, Yinusa said his boss contacted him to move some items from a stranded truck at Osu axis along Ife-Ibadan expressway.

Yinusa said they loaded the consignment and was to deliver them to a company in Auchi, headquarters of Estako West Local Government Area in Edo State.

The drive said there was a police escort team and a staff of the company where the explosives were to be delivered.

He stated that when they got to the Shasha market in Akure, the vehicle developed fault, so they decided to pass the night there.

According to Yinusa, who spoke in Yoruba language, “I was already sleeping inside the truck around some minutes to midnight when one of the police escort told him they should urgently leave the area because of the population in the area as smoke was emitting from the truck.

“So we quickly moved. The policeman who led the team said we should move ahead. As we were moving, the policemen in the escort started signaling on me to stop. As we got down, I saw fire coming out of the vehicle. We brought out fire extinguisher. While other vehicles
parked.

“As they were trying to assist, suddenly the policemen alerted everybody to run away. As I was running, I heard a bang and noticed something in my abdomen. That was all I knew, as I woke up in the hospital.”