As the global community commemorates International Women’s Day today, the United Nations has said that between 2009 and 2017 it recorded some 7,000 incidents of sexual violence against women and girls committed in Nigeria by members of Boko Haram.
International Women’s Day provides an opportunity to also reflect on how women and men can be differently impacted by terrorism.

UN Secretary-General, Mr. Antonio Guterres, recently reminded United Nations Member States in his Call to Action for Human Rights, that “misogyny is a common feature of violent extremism” and this has been especially true in the conflict in North East Nigeria.
The record of 7,000 incidents is contained in a statement by Sylvester Tunde Atere, National Project Officer, Outreach and Communications, United Nations Office on Drugs and Crime (UNODC) Nigeria Country Office, Abuja.

The UNODC statement said “More cases have come to light each year since. The effects of sexual and gender-based violence on the victims, and their families, can be devastating. It is a cruel and brutal weapon of war and terror that is emphatically repudiated by international law.
“While efforts have been made to bring offenders to justice – in January the Federal High Court sentenced a man found guilty of having played a role in the abduction of the Chibok girls to 35 years imprisonment – much more can and needs to be done to hold terrorists accountable specifically for violating women’s and girls’ rights.”

To address these issues, the National Association of Women Judges of Nigeria (NAWJN) and the United Nations Office on Drugs and Crime have been hosting a series of workshops highlighting the critical role the protection of women’s rights and gender equality must play in criminal justice responses to terrorism. The aim of this initiative funded by the European Union is to help criminal justice professionals to adopt gender-sensitive practices throughout the investigation, prosecution and adjudication of terrorism cases in order to protect victims’ rights, encourage reporting of these crimes, and prevent secondary victimisation when women and girls victims of Boko Haram come into contact with the judicial system.

To date, workshops have been held in Abuja, Port Harcourt, Gombe and Owerri, and have been attended by female judges, prosecutors, and defence counsels from across the North-East, South-South, South-East and the FCT. Further workshops are planned in the weeks ahead.

These workshops draw heavily on UNODC’s new Nigeria Training Module on Gender Dimensions of Criminal Justice Responses to Terrorism, produced in partnership with the European Union, the Federal Ministry of Justice and the Federal Ministry of Women Affairs and Social Development, which was launched in December 2019. This training tool has been tailored specifically to the Nigerian context and has been developed jointly by Nigerian and international experts.

The response from the legal professionals attending these workshops has been enthusiastic. Hon. Justice Esther Lolo, High Court Judge and Executive Secretary of NAWJN, highlighted the important role played by the workshops in embedding gender dimensions in the criminal justice system in the fight against terrorism:

“NAWJN are delighted to be partnering UNODC in the delivery of this highly important and far-reaching initiative. The workshops reflect our joint commitment to integrate gender rights and perspectives throughout the criminal justice system in its response to terrorism and other related crimes, and to ensure that the criminal justice system responds effectively, sensitively and passionately to the gender needs of the people whom it serves. The participants have been particularly enthused by the practical and relevant nature of the training and the training module on which it is based; some participants have already informed us that they have started putting the lessons learned from the workshops to practical use while others said they will be using the lessons learnt. NAWJN sees the workshops as an integral step in promoting and furthering the practical embodiment of gender rights throughout the criminal justice system in the fight against terrorism.”

The Head of the European Union Delegation to Nigeria and to ECOWAS, Ambassador Ketil Karlsen, emphasized the importance that the European Union places on the provision of assistance of this kind: “Through its long-standing support to the UNODC Criminal Justice programme, the EU contributes to promoting peace and security in Nigeria through a gender perspective. The EU Strategic Approach to Women, Peace and Security (WPS), aims to ensure that women and girls from all backgrounds can participate and shape all matters related to peace and security from conflict prevention to conflict resolution, as well as to prevent and protect from conflict-related violence – including sexual and gender-related violence.”

UNODC Country Representative Oliver Stolpe recalled that in 2020 we celebrate the 20th anniversary of the United Nations Security Council resolution 1325 (2000), which stresses the importance of women’s contribution to peace and security and sets forth an ambitious agenda to promote gender equality and enhance the rights, participation and protection of women in conflict and post-conflict situations. He recognized the Nigerian authorities’ commitment to addressing gender concerns:

“UNODC is greatly encouraged by the Government of Nigeria’s recognition of the core role of women and girls as actors in preventing and countering violent extremism through its National Action Plan to implement resolution 1325 and the Policy Framework and National Action Plan for Preventing and Countering Violent Extremism, and its efforts to mainstream gender throughout the criminal justice system more broadly. Still, more remains to be done to address the scourge of terrorism in Nigeria, by holding those responsible for committing acts of terrorism and to support access to justice for victims in a gender-sensitive manner. We are very pleased to be able to support together with the European Union our Nigerian partners’ efforts in this struggle.”
Pics: RAPE AGAINST WOMEN.jpg 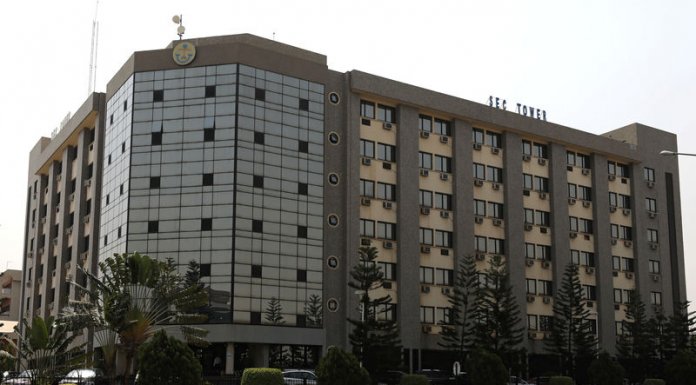