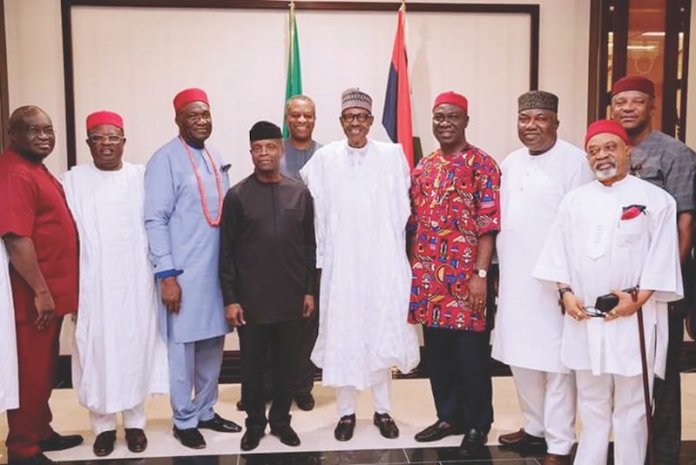 Although President Muhammadu Buhari is just a year into his second term, the controversy over which region should produce the next president in 2023 is already an issue with the Igbo as the centerpiece of the debate, writes David-Chyddy Eleke

Recently, the debate about which region of the country should produce a successor to President Muhammadu Buhari has been raging. Surprisingly, and in defiance to the unwritten rotational presidency between the northern and southern parts of the country, every zone of the country seems to have interest in producing the president.

First was the argument that the north plans to keep the presidency after the two terms of President Muhammadu Buhari. This started with claims by northern youths that the presidency would remain in the north, and moved to a group calling on the Peoples Democratic Party to feature former presidential candidate of the Peoples Democratic party (PDP), Alhaji Atiku Abubakar for the 2023 election.

In the west too, the leader of the All Progressives Congress (APC), Asiwaju Bola Ahmed Tinubu is touted to be seriously eyeing the seat, with some people already saying that he has an alliance with the ruling APC for power to return to the west through him in 2023.
Aside from Tinubu, Vice President, Prof Yemi Osinbajo; Ekiti State Governor, Kayiode Fayemi; the Minister of Works and Housing, Mr. Babatunde Fashola and former Ogun State governor, Senator Ibikunle Amosun are among those touted to have interests in the highest office in the country.

Not minding that former President Goodluck Jonathan, who hails from the South-south is the immediate past president, the South-south also seems to be interested in the position, on the premise that its son, Jonathan, was not given the opportunity to serve for two term like others.
As if to corroborate the request of the people of the zone, Jonathan recently stated that he was under pressure to run for the presidency in 2023.

Meanwhile, the people of the Southeast zone, the only zone in the southern region that is yet to have a go at the presidency is also clamouring for the position. Unlike what obtained in the past, when the zone was always divided over the quest for restructuring and quest for the presidency, there seems to be a consensus among the Igbo people on the need for the zone to ascend the presidency of the country.

In May 2018, during the run up to the 2019 general election, the zone had insisted on restructuring rather than the Igbo presidency. The zone held a summit in Awka, the capital of Anambra State, championed by its pan socio-cultural organisation, Ohanaeze Ndigbo.
During the summit, the group insisted that restructuring the country would be more beneficial to the zone than vying for the presidency. It insisted that part of the reason for this was that the present configuration of the country would not support the Igbo to vie and win the presidency.

The highpoint of the event, however, was the presentation of the standpoint of Igbos by a former governor of Central Bank of Nigeria, Prof Chukwuma Soludo in a document titled; the Ekwueme Square declaration.
He said, “For the estimated 57 million Igbos scattered in all villages, towns and cities of Nigeria as well as around the world, the demand for a restructured Nigeria that guarantees security of life and property, freedom and liberty, equity, justice and development, has a unique significance.

“No other ethnic group has a greater stake in the Nigerian project than Ndi Igbo by virtue of tens of millions of Ndi Igbo, who live and invest everywhere in Nigeria outside Igboland. But they are also victims at every turn: every now and again, threats to their lives and properties as well as brazen discrimination and marginalisation in critical areas underscore their general treatment as unequal citizens of Nigeria.

“Consequently, there is a segment of Igbo society that has lost hope in the Nigerian dream; they believe that Nigeria will never work for the Igbo and hence agitate for an exit from the union. But a preponderance of views among Igbo is that a restructured Nigeria that works for all remains the best option.”
As another presidential election approaches, this time, more than ever before, the people of the Southeast zone seem to be gaining sympathy from high places for its quest for the presidency. In a recent interview, some prominent individuals from other zones including Tanko Yakassai, an elder statesman and former military president, General Ibrahim Babangida showed sympathy to the people of the zone.

For Yakassai, it should be the turn of the Igbo to produce the next President of Nigeria in 2023. Yakasai based his declaration on the logic that other regions and zones in the country, except the Igbo of the Southeast, had produced the country’s president.
“I for one – I am in support of it. I did it before in the era of NPN (National Party of Nigeria), when we had the arrangement that the next president after late President Shehu Shagari would come from the East. We would have settled this problem long ago if not for the military intervention.

“So, I spoke in support of Igbo presidency. I did not want to fix a date, because I am not in position to do that. I said the Igbo should go out and lobby other Nigerians and try to get their concern and support to produce the president in 2023 and where they are not able to do that in 2023, they will put a trajectory for them to produce the President next time,” Yakasai said.
But Babangida, who sounded more sympathetic, advised the Igbo to endeavour to properly integrate itself into Nigeria so as to realise its clamour for presidency come 2023.

Speaking while receiving Igbo Delegates Assembly (IDA), Babangida said, “An indivisible Nigeria is very necessary and we must do everything possible to remain as one family though we differ in tribes and tongue. You have done well to keep Nigeria together. The Igbo man is known to have the potential of traveling far and wide exploring new frontiers and business opportunities.”
The President General of Ohanaeze Ndigbo in Anambra State, Chief Damian Okeke-Ogene, who spoke to THISDAY on the views of the Southeast zone, said the question of whether the Igbo should go for the presidency of Nigeria or not is a matter of right.

“What we are saying is that the Igbo Presidency project is no longer a matter of favour but of right. It is now our right to be the president of Nigeria since every zone of the country has taken theirs; they should also let the Igbos take theirs too.
“So, in clear terms, restructuring is not a fight for the Igbos, but a natter that the entire Nigeria should asking for, for the betterment of the country. But for Igbo Presidency, it is a matter of right now for our people and we should not be denied it.”
Several other commentators on the matter from the Southeast also believe that the people of the zone should be given the chance to feel that they are a part of Nigeria since the call for secession is no longer on the front burner except for the proscribed Indigenous People of Biafra (IPOB) that has Stuck to its guns about secession.

Though horse-trading and scheming are still ongoing by several zones in the country, the truth remains that at no time than now has the political future of the Igbo in Nigeria been brighter. Already, political watchers have started dropping names of likely persons that might fly the flag for Igbo nation in the quest for Igbo presidency, like Mr Peter Obi, a former governor of Anambra state and Vice presidential candidate of the Peoples Democratic Party in the 2019 election; Enugu State Governor, Ifeanyi Ugwuanyi; Governor Dave Umahi of Ebonyi State and Prof Chukwuma Soludo, a former Governor of Central Bank of Nigeria (CBn), among others.

Cancer may become leading cause of death in Nigeria without early... 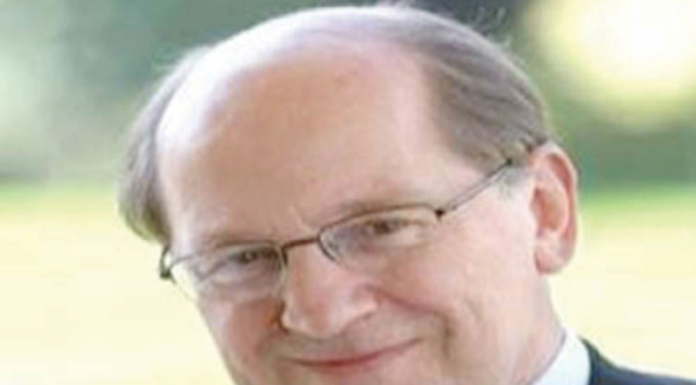