The Economic and Financial Crimes Commission (EFCC) yesterday said it had launched an investigation into alleged diversion of over N551 billion by a former Abia State Governor, Chief Theodore Orji and his son, Chinedu, while serving as the governor of the state.
The anti-graft agency said it commenced the investigation in response to a petition by a group, Fight Corruption: Save Nigeria Group, alleging that the former governor diverted various sums of money that accrued to the state government.

The petition alleged that the Orji-led administration received the funds, though there were no commensurate projects on ground to match the received funds.
In response to THISDAY inquiry yesterday, spokesman of the EFCC, Mr. Tony Orilade
confirmed receiving the petition. He said that the anti-graft agency had started investigating the former governor, saying the investigation “is ongoing.” Under Nigerian law, an accused person remains innocent until he has been found guilty.
THISDAY has not independently verified the claims in the petition.

The petition alleged that Theodore Orji, who was a Chief of Staff to his convicted predecessor, Dr. Orji Kalu, was the authorising officer drawing N500 million monthly purported to be security vote, which were allegedly diverted.

The petition alleged that when he became the governor in 2007, Theodore Orji continued “to withdraw the N500 million cash monthly from June 2007 to May 2015. “The N500 million is not part of the security funds expended on the Nigerian Police, The Nigerian Army, DSS, Navy anti-Kidnapping Squad, anti- robbery Squad, purchase of security equipment and vehicles for the security agencies,” the petition said.
The anti-graft agency later extended the investigation to his family members to ascertain the link and culpability of the ex-governor’s first son, Chinendum Orji Eyinanya, who is currently the Speaker of the Abia State House of Assembly.

EFCC also said it had discovered about 100 accounts in different banks, with over 80 percent of the accounts still very active. The accounts, which were both corporate and individual, received so much deposit in cash without evidence of job or services rendered.
The EFCC investigation revealed that Fotoworld Industry Limited, with GTB account number 2022025805 was traced to Chinedum.
“The company received deposit of $20, 849, 044.21. The same company with another account number 2022025764 in First Bank of Nigeria (FBN) received a cumulative deposit of N362, 573, 056.50.

The investigation also showed that Exact Construction Limited, traced to Chinedum, is believed to have no record of any construction work in the country; also received humongous deposits in Keystone Bank where account was opened.

“Fotofast Industry Limited is another company registered by the first family to siphoned the resources of the state. Several accounts were opened in FBN by the company.

editor - April 1, 2020 4:46 am
6
THE HORIZON BY KAYODE KOMOLAFE It is axiomatic that in the raging global war against the Coronavirus Disease (COVID-19), each country is a battle front. The... 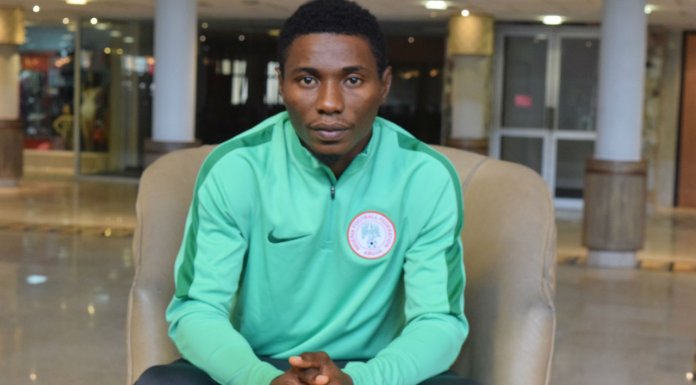