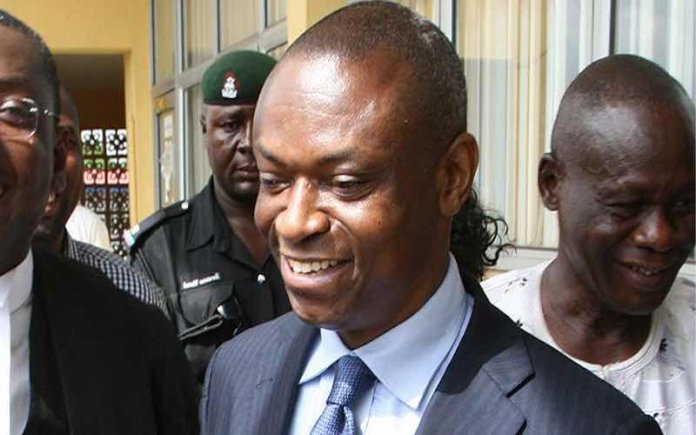 The success of a man is often seen in the best light when the full story is told. The briefest moments of indecision can show that a man only got lucky, while times of endurance – even amidst crisis and catastrophe – can indicate that such and such worked to get to where he is. Many people doubtlessly struck out Francis Atuche from their books when he was retired from his MD/CEO position, but do these poor folks know that he didn’t lose his business wizardry?

The first time the name Francis Atuche was on the lips of every high-status Tom, Dick, and Jerry, it was to refer to a man who had risen to the zenith ranks of banking and believed to have exhausted his wide stockroom of genius in getting there. Thus, he wore the spotlight as the MD/CEO of Bank PHB (now Keystone Bank) for a while there. Later, however, he was shown the door – all thanks to the 56 billion scandal episode that was disgraceful and seemed to stain his repute.

However, his wizardry in business did not allow him to go rent a cabin overlooking the sea in some coconut-drinking island. Francis Atuche sank his entire proficiency into his Hubmart Stores. This is a vast chain of shopping retail that offers different options to sustain A-Grade clients and customers, with choice locations and choicer product variety. At the moment, the venture is established firmly in the city of Lagos, but there are practical strategies in place to widen its scope to include the best spots in all the major cities of Nigeria.

This growing empire of an enterprise, unknown to many, started with Francis Atuche making a snap decision and making the most of available resources by buying off a multi-storeyed complex on Adeola Odeku Street, Victoria Island, Lagos. This particular complex was originally the property of no less personality than Ibrahim Badamosi Babangida (alias IBB), former military Head of State and kingmaker.
That is how Francis turned his lot with Hubmart stores, a retail chain that is currently providing first-rate international-standard franchise, with flourishing branches in Lekki, Omole, and GRA, Ikeja.