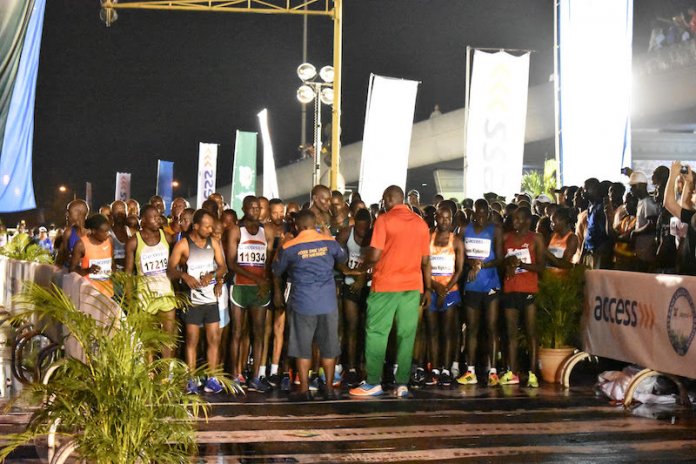 According to a statement signed by Head Communications and Media for the Access Bank Lagos City Marathon,Olukayode Thimas, Sanwo-Olu purchased 20,000 forms to be distributed to Lagosians and Nigerians interested in the February 8 race.

Thomas noted that the kind gesture by the Lagos State Governor is very commendable as it will serve as an additional impetus to make more Lagos residents stay healthy and fit by taking part in either the marathon or 10km races all billed to take place next month.

Thomas said: “The Governor has again demonstrated that he has genuine intentions to make the Access Bank Lagos Marathon better than he met it, in just a few months in office, the Access Bank Lagos City Marathon moved from Bronze level to Silver, now he made available resources to purchase 20,000 forms for runners, this is really commendable and I hope everyone out there will make use of the opportunity, the governor has provided”

Apart, from the 20,000 forms purchased by the Lagos State Governor, other sponsors have also purchased large chunks of forms that are being distributed on merit to deserving runners across the country.

Meanwhile, the General Manager of the Access Bank Lagos City Marathon Yussuf Alli has reiterated on the mission to get a Gold Label for the Lagos race after the 2020 edition.

Alli hinted that with the massive innovations being planned for this fifth edition, the World Athletics will be favourably disposed to upgrading the Access Bank Lagos City Marathon again.

“We are on track for this year’s race and I am very positive the global body will be impressed with what we have put in place in terms of equipment, security and of course the quality of athlete that would be on parade” Allis stated.

Among other things, Alli said there will be more transponder mats, improved water distribution along the route and improved security for volunteers at the water points at this year’s race.