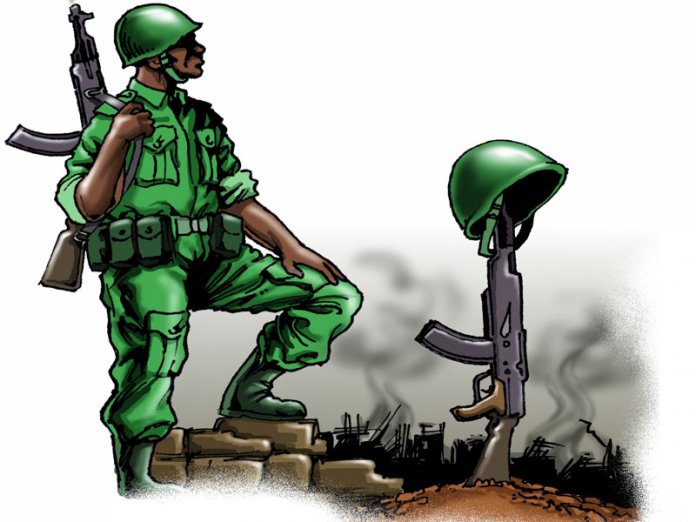 Nigeria will come back stronger if it can learn from past mistakes. Sadly, not much has changed as ancient animosities are still tearing the country apart

Last Wednesday marked exactly 50 years that the Nigerian civil war ended. The war, which claimed an estimated two million people, arose principally due to a tragic mismanagement of our national affairs by a political and military elite that could not rise above primordial interests. Sadly, half a century after that war, it would seem that the national political leadership has not learnt any lessons, nor has it made the requisite amends that would help in building a stronger Nigeria. Today, our national fault lines have only grown more conspicuous, and are still widening, while the twin factors of bad leadership and abuse of power are still here with us.

The very issues of security of lives and property, the advertised failure of the then federal government to provide basic social amenities and the endemic corruption that the military claimed as raison d’être for the first coup, are also still very much prevalent. If anything, these maladies have only gotten worse. If the civil war was therefore fought to create a stable, well-governed and internationally respected nation, the question remains: Can Nigerians beat their chest today and say with conviction that what we have is a country they are proud of?

We ask this question against the background of the expanding theatres of conflict among hitherto peaceful communities, the conspicuous underdevelopment of the nation’s human capital and the resultant youth bulge, the disregard for laid down procedures and internal party democracy, as well as unmitigated violation of electoral processes and their outcomes. At practically all levels, we are saddled with a ruling elite that is high on privileges and abysmally low on service delivery. It is then little wonder that the 50th anniversary of one of the most significant events in the country passed without much reflection.

In perhaps the most notable event to mark the day, former Head of State, General Yakubu Gowon warned against a repeat of the circumstances that led to the war. “We must do all in our power as responsible leaders and citizens of this great country to create enabling platforms to dialogue and proffer ideas on how we can live together in peace and harmony for the good of all Nigerians and the black race as a whole, thus ensuring political, economic, security and development of the country,” Gowon said, adding: “I urge all Nigerians to ensure that we avert another civil war.”

Whatever may be the value of such preachment, it is very telling that neither President Muhammadu Buhari nor the National Assembly acknowledged the day or its significance. But it should be no surprise. Fifty years after the Nigerian civil war and 60 years after Nigeria was formally declared an independent nation-state, everything its founding fathers put in place to create a single, united and forward-looking polity stands diminished and violated. Worse still, we are gradually retreating to the era when some sections of the political class saw reason to question the value and viability of One Nigeria.

At a time like this therefore, it is important for the national political leadership to pay closer attention to its actions and inactions, especially with regard to public perceptions of its policy and initiatives. If anything, this 50th anniversary of cessation of military hostilities should spur serious national reflection on the questions of equity, genuine people-centred development, responsible leadership recruitment and the place of Nigeria in the comity of civilised nations. On all these counts, the nation is sadly not where it should be today.

Nations survive unintended civil wars and emerge stronger when they learn the lessons and collectively vow: Never Again. But when a nation that has passed through the furnace of war mismanages its opportunities, then the consequences are almost always catastrophic. It is incumbent on all critical stakeholders in Nigeria to work towards avoiding such tragic fate. This is our historic burden and indeed the abiding challenge on the 50th anniversary of the end of our tragic but avoidable civil war.

This 50th anniversary of cessation of military hostilities should spur serious national reflection on the questions of equity, genuine people-centred development, responsible leadership recruitment and the place of Nigeria in the comity of civilised nations