Threatened by increased piracy, sabotage of hydrocarbon infrastructure, resource theft, amongst other transnational crimes, the Gulf of Guinea, where Nigeria is a prominent member and economic player happens to be the most dangerous maritime spaces in the world.

With about three million liters of crude oil, produced on a daily basis, Nigeria’s corridor happens to be the most profitable, yet justifiably, the most precarious.

Although, it is difficult to estimate the human and material cost of the havoc being wrecked by sea goons on Nigeria’s economy, it is not rocket science to understand the ripple effects it has on revenue generation, provision of critical infrastructure, job creation, and other critical areas of development.

While UNODC estimates between $700 million to $800 million, Nigeria’s chief of Naval Staff, Admiral Ibok Ette-Ekwe Ibas estimates that Nigeria and 15 other countries within the gulf of guinea loses about $2 billion annually. Whatever the case, such quantum of loss is not one the country can afford in this period of economic volatility and uncertainty.

Happily, there have been some effective “out-of-the-box” strategies jointly implemented by the Nigerian Ports Authority and the Nigerian Navy since 2013, which has shown great improvements and underscored the effectiveness of indigenous approach to tame the wave of hideous crimes on Nigeria’s maritime corridor, especially within the Lagos harbour.

A 20-year contract signed between NPA and Ocean Marine Solutions, an indigenous security and surveillance outfit, based in Lagos, marked the beginning of renewed vigour and will by the Nigerian government to provide security and surveillance for the protection of Nigeria’s vast coastline from the scourge of pacific predators in form of sea pirates, smugglers, robbers, illegal oil bunkers- among whom are vestiges of momentous economic retrogression.

Before this period, there were reportedly a total of 31 actual and attempted piracy attacks on Nigeria’s maritime corridor in 2013, as reported by statista.
However, in 2014, when Ocean Marine services resumed full operations, the number of actual and attempted incidences reduced to 18, bringing it down to about half the margin.

Clearly, there were promising signs of nailing the problem of maritime banditry to an all-time low, as the number of incidents further reduced to just 14 in 2015. However, the emergence of the Niger Delta Avengers, occasioned by desperation of the 2019 general election brought about fresh challenges that spiked attacks on Nigeria’s maritime space to 36 incidents in 2016, 33 in 2017, and to an all-time high of 48 in 2018.

Although, another report by the International Chamber of Commerce (ICC) had shown noticeable improvement, as Nigeria reported 14 incidents of piracy for Q1 2019, in comparison to 22 incidents in Q1 2018, there is still more to be done, and the morale needs to be boosted and sustained, not trampled.

What then is the way forward? The move by the Nigerian Ports Authority to suspend the contract of indigenous security providers, Ocean Marine Solutions (OMS) is poorly conceived, and should be halted immediately, as this is capable of throwing up multiple casualties that the government may not be able to recover from in a hurry.

Aside the fact that OMS has helped in providing value for Nigeria’s foreign earnings by properly securing our most lucrative space, adjudged the most dangerous maritime zone on earth; the country is also on a thorny path to repeating the P&ID case, where in, its disrespect for the sanctity of contract has resulted to a multibillion dollar law suit, which threatens to render the economy on its knees, beyond its current difficult situation.

It is not to be gainsaid that investors loath insecure and uncertain area, which Nigeria’s maritime space has been known for over the years. However, confidence have since been boosted with the operation of OMS, working hand-in-hand with the Nigerian Navy to rid pacific vandals of the country’s massive investments, and create a safe haven for both local and international investors seeking to invest in Nigeria’s maritime economy.

The business of security and the security of business is much too serious to be left in the hands of one entity alone. NPA should therefore start thinking of replicating and sustaining the OMS example to other lucrative harbours within the country, if it has not done so.

It should not only end there. Other strategies such as community-based security systems for the protection of maritime assets should be developed and implemented, as this will yield tremendous results in reducing casualties on Nigeria’s revenue-making capacity.
Valentine Tobechukwu Achum, Lagos 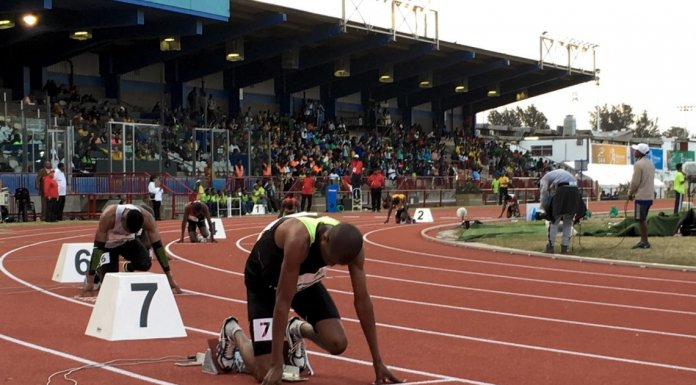