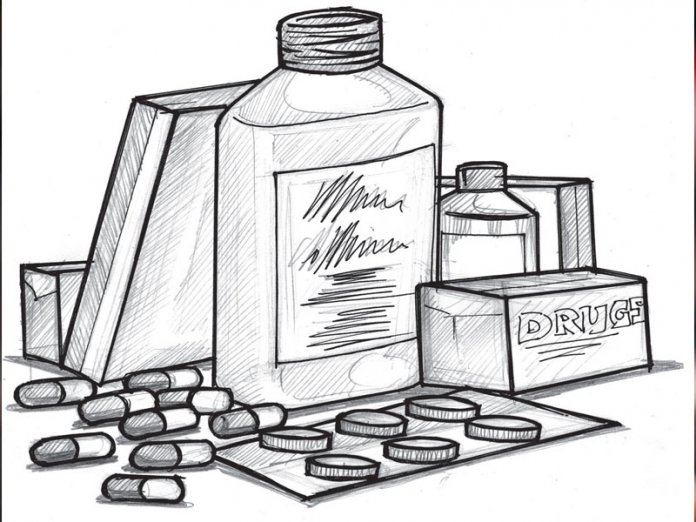 Pharmaceutical stores should act within the law

Apparently to sanitise the drug distribution system, Lagos State government recently shut down dozens of pharmaceutical and patent medicine shops across the state. The State Commissioner for Health, Professor Akin Abayomi, while reviewing the report of the enforcement exercise, said the exercise was carried out by a taskforce on counterfeit, fake drugs and unwholesome processed foods, for offences bordering on illegal operation and operating beyond scope of practice. The enforcement, which is part of the mandate of the Pharmaceutical Inspectorate Unit (PIU) of the Ministry of Health, is in line with the state government’s drive to stop unqualified personnel from dealing with drugs.

It is a notorious fact that many Nigerians hardly pay attention to health issues until they become threatening. One major fallout of the Cynthia Osokogu sensational murder in a Lagos hotel by her Facebook friends some few years back is the ease with which people can lay their hands on drugs, no matter how dangerous. It is on record that the suspected killers of Cynthia confessed that they bought the drug – Rohypnol (a prescription drug used in the treatment of insomnia) which they injected into her drink, from over-the-counter (OTC) store. It is illegal for a pharmacist to sell such a drug without a doctor’s prescription. But many of the illegal drug stores, operated often by illiterates, have little regard for the law.

Indeed, many people, eager to bypass the cost of seeing a doctor, visit such shops to purchase drugs for self-medication. In some instances, especially in the rural areas, there are no doctors and so the people are left to their own devices. Many drugs that should rightly come under prescriptions are sold in the open market as over-the-counter drugs. Even worse, many of the drugs sold are fake, substandard or expired and could put people’s health at risk. It was, for instance, discovered from raids on some of these drug stores in the past that many of the drugs contained too much or too little of the active ingredients. Some of the drugs are sold at kiosks or store, motor parks and market places, and most often, by illiterates.

The drug trade is reportedly lucrative and like many things Nigerian, has become an all comers affair. Many of these drug stores are kept in business by large scale importation by individuals and corporate bodies from Europe, India and China. Indeed, former Director–General of the Standards Organisation of Nigeria (SON), Dr. Joseph Odumodu once admitted that about 85 per cent of the imports – from electric cables to drugs- are substandard. But the implications are often dire. According to him, “once you patronise a substandard product, you are indirectly killing our local industry and by extension endangering your lives and that of others.”

What the foregoing suggests is that there is an urgent need to set up a water-tight regulatory framework in the drug administration environment. In addition, we ask all professional bodies in our healthcare delivery system, and indeed the National Agency for Food and Drug Administration and Control (NAFDAC), to get involved in the campaigns to stop this careless indulgence combined with abundant ignorance. There has to be a consistent effort to alert the people to the risks of self medication and reinforce the need for them to patronise the right health institutions. The Consumer Protection Council, the government agency saddled with protecting the public from unreasonable risks and injury should also be alive to its responsibilities. Many people are into the business of illegal sales and importation of counterfeit drugs evidently because sanctions are not being applied when the law is breached. There has to be an end to this impunity.