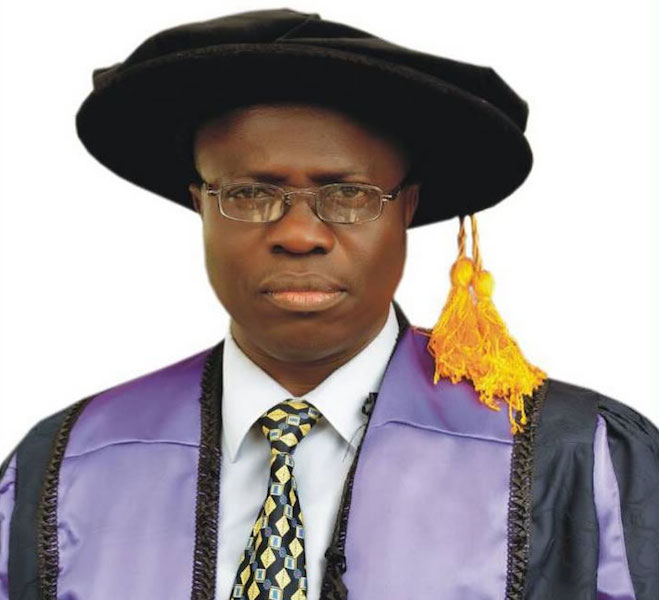 The Rector, Federal Polytechnic, Ado-Ekiti, Dr. Hephzibar Oladebeye, has stressed the need to encourage technical education in the country through proper funding of polytechnics and other science and technology schools in order to train Nigerians in skills and vocations that would prepare them for self-employment.

Oladebeye said acquisition of vocational skills remained the greatest antidote to youth unemployment, restiveness, insecurity and other forms of crimes in the Nigerian society today.

The rector commended Ekiti State Governor, Dr. Kayode Fayemi, for his administration’s huge investment in education, which would transform the state into a knowledge based economy.

Oladebeye made these observations in Ado-Ekiti on Saturday while receiving books and instructional materials worth millions of Naira, which were donated to the School of Environmental Studies by the Senior Special Assistant to Governor Fayemi on Public Building and Infrastructures, Mr. Wale Ajayi.

The rector noted: “I am elated with the donations because not all politicians will want to do this. This is the second of its type since I became rector.

“Technical education is key to the survival of any economy, especially a developing one and all hands must be on the deck to promote it so that it will rescue us from this messy unemployment and insecurity situation.

“The donor is a good ambassador of this institution. You have brought honour to us. We will continue to support the administration of Dr. Fayemi and ensure its success.”

Responding, Ajayi described the donation as a way of fulfilling the second cardinal programme of Dr. Fayemi’s administration, which centered on knowledge economy. He also amplified the need for public-private partnership in developing the state’s educational sector.

Ajayi also called on philanthropists in the state to invest in the development of the polytechnic and other tertiary institutions in Ekiti State.

The Dean, School of Environmental Studies, Mr. Oyedokun Abiodun, called on other politicians to emulate Ajayi by investing in the school.