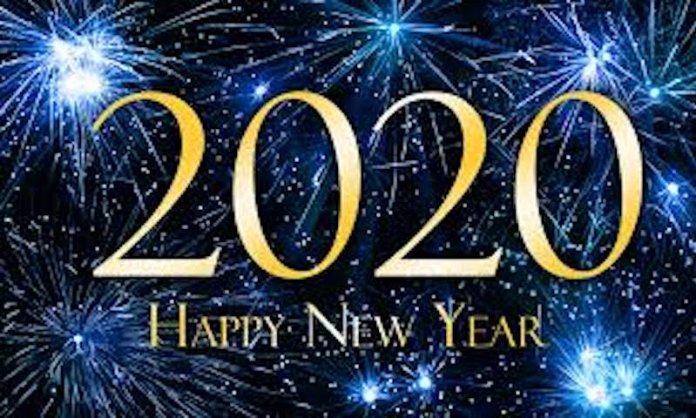 A N aside: anytime you write ‘New Year’ in the days ahead, let the first letters be capitalised and avoid adding ‘in advance’—it is otiose!
DAILY Sun front-page sub-headline blunder of December 25 formally welcomes us today to this last edition of the year: “Ex-NSA breaths (breathes) air of freedom 4 years after”
The next four headline infelicities are from THISDAY, THE SATURDAY NEWSPAPER, of December 21: “DPR seal (seals) 40 illegal gas plants”

“New FIRS boss resumes, meets staff” The new helmsman did not resume duties, but assumed office. There is a critical difference between ‘resumption’ (of duties) and ‘assumption’ of office, which correctly applies here. “Amaechi blames CCECC on (for) delay on completing (completion of) Lagos-Ibadan rail”
“Bad advice, bane of Buhari’s government (govt.), say (says) Useni”
“20 dead pensioners still on Bauchi Govt (Govt’s) payroll”
“FG alerts on (to) deadly cattle disease outbreak in Niger”
“Environmental experts tasks (why?) govs on open defecation”
From THISDAY PLUS come the next two improprieties: “…Emmy has graced many platforms in (on) and outside the continent and contributing (contributed) immensely to humanity through her craft.”
“Yuletide: NUPENG expresses fear for (of) fuel scarcity”
“Shortage of nurses, doctors hit (hits) Federal Neuropsychiatric Hospital Enugu”
Wrong: last minute goodies; right: last-minute goodies
“…Nigeria runs one of the most expensive crowded bicameral legislature (legislatures) in the world.”
“Falode commends Minister on (for) adoption campaign”
“At (On) different occasions….” (DAILY Sun Back Page, December 23)
“…who was arraigned on a 34-count charge bothering (bordering) on the diversion of….”
From DAILY SUN of November 7 come the next two errors: “We assure Your Excellency that this confidence reposed on (in) our former Senate Leader is well placed and will manifest without probation.”

“CSR: NLNG invests N200m on (in) 10 Nigerian postgraduate scholars” Source: as above)
For the first time since 2013 when this column birthed, we continue this edition with an advertisement: “Salt Spring Resort has been redefined and renovated to provide excellent service.” A refreshing experience of paradise; provide an excellent service or provide excellent services
Still on the above source: “We are poise (poised) to deliver uncompromise (uncompromised) quality product that will ultimately satisfied (satisfy) our esteemed customers. Come lets (let’s) give you….” (Full-page advertisement by Nanet Hotels Limited) What do we do with the sub-literacy of advertisement copies?
“Anger, protests, as deceased’s friends point fingers at lawmaker” Get it right: point the finger at lawmaker
THE NATION ON SUNDAY of November 24 endangered the English language on two occasions: “In most cases, the necessary environment does not exist for meaningful importation (impartation) of knowledge.”

“Matters are not helped by students who are now distracted by things that have no bearing to (on) their studies.”
“Gov. Aminu Tambuwal, appears set to take the bull by the horn (horns) by declaring his interest in the 2023 presidency….”
“Students of the Nnamdi Azikiwe University, Awka, are to cough-out (no hyphen) a total of N5 million for repairs of damages (damage) they perpetrated during a demonstration in July last year.” ‘Damage’ admits an inflection only in reparative matters.

“Now, It is the turn of the teachers, in the race for the coveted seat of vice-chancellorship, and boy, are the learned dons falling over themselves (one another) to out do (one word) each other (one another)?” When two fellows are concerned, we use ‘each other,’ but if it is more than two, it becomes ‘one another’,
“Secret cult in the campuses” Always on campuses
“Kano Pillars in trouble…yet to sign-on players” ‘Sign on’, a phrasal verb, does not require hyphenation.
“Thus, cargo that have been certified okay here….” I certify that ‘cargo’ is singular.

“Inconsistent government policies is globally disturbing….” Concord is one of the simplest things in grammar. Anybody who lacks this rudimentary knowledge has no business contributing to the most authoritative newspaper (name withheld!) in Nigeria. You must develop your communicative skills first.

“…what happened was that somebody filed a writ of summon.” This way (singular): a writ of summons; plural: summonses.
“It is the Federal Board that is always guilty of that, because it is them who take riff-raffs as welfare officers.” ‘Riff-raff’, just like ‘stuff’, is uncountable.

“Modern technology has reduced the world into (to) a hamlet where the inhabitants are their brothers’ keepers.” This way: brother’s keeper (fixed idiom), irrespective of the number of people involved.
“The coincidence in the timing of all those sleazy gossips in soft-sell magazines and the beginning of his fashion parade….” ‘Gossip’, in this context, is uncountable.

“More overaged players for youth soccer” Get it right: overage players.
“Residents of some of the troubled spots in Libya in disarray” Witness to lexical mayhem: trouble spots.
“…rummaging all the bags and ransacking every nook and corner.” Stock expression: nook and cranny.
“The police requires (require) a redeemer who can uplift the Force from the battering it (they) suffered during the long years of militarization.”

“I inquired from those that appear to know and they said that the president is (was) roaming the country in the name of campaigns.”
“There is (are) no electricity, no security, no water, no roads, no health facilities in Nigeria.”
“Foreign companies will be falling over themselves (one another) to come and invest here if we get the 2023 elections right.”

“…given the lame-duck posture of the opposition parties, the PDP simply held sway from the onset (outset).”
“Reactions on (to) the Pope’s visit, however successful, were mixed in Egypt, a country inhabited by a predominantly Muslim population.”
“Prior to the Pope’s visit, Egyptian Catholics have (had) opted out of the….”
“The first part was published last week Friday.” Monday politics: either last Friday or Friday, last week.
“Vigilante (Vigilance) groups, committed to….”
Did you know that ‘twice’ and ‘thrice’ are outdated entries for two times and three times?

FEEDBACK
MY brother Ebere, “celebrator” or “celebrant”, like “enquiry” or “inquiry”, is becoming similar in United States and United Kingdom. In the future, the word “celebrator” might be outdated because it also refers to a special beer, dopplebuck beer, and with apology, a satisfied “sex life” using a Clito-vibrator! Latest research by Jose Carillo, February 2013 citing authorities in lexicography/American Heritage DIC (AHD), has overtaken Merriam Webster/Oxford online definitions of “celebrator”. However, current Oxford dictionary also defines “celebrant” (American English) as someone celebrating something e.g. a party. “Celebrator” is omitted. But will it be old-fashioned? Time will tell. Cheers! (Contributed by Sunny Agbontaen, Benin City, 08055162531)