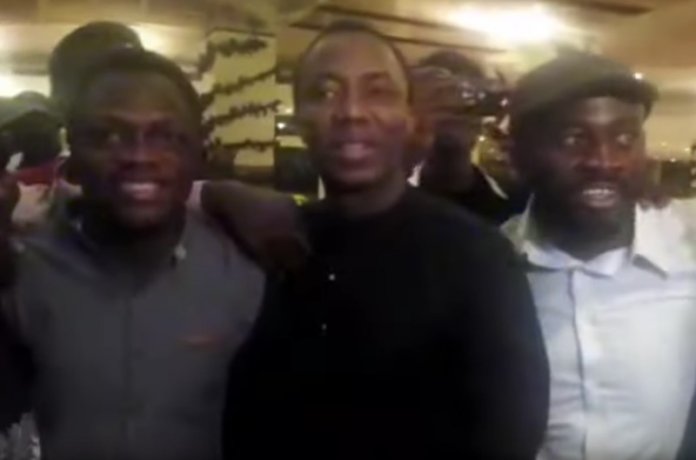 The Department of State Security (DSS), has released the Convener of #RevolutionNow Movement, Omoyele Sowore, from detention.

The Attorney-General and Minister of Justice, Abubakar Malami (SAN), had Tuesday ordered the DSS to release Sowore and former National Security Adviser (NSA), Col Sambo Dasuki (rtd) in obedience to an earlier court order for their release.

Sowore was escorted out of the Headquarters of the DSS Tuesday evening by Mr Abubakar Marshal, a lawyer from the chambers of Mr Femi Falana, Sowore’s counsel.