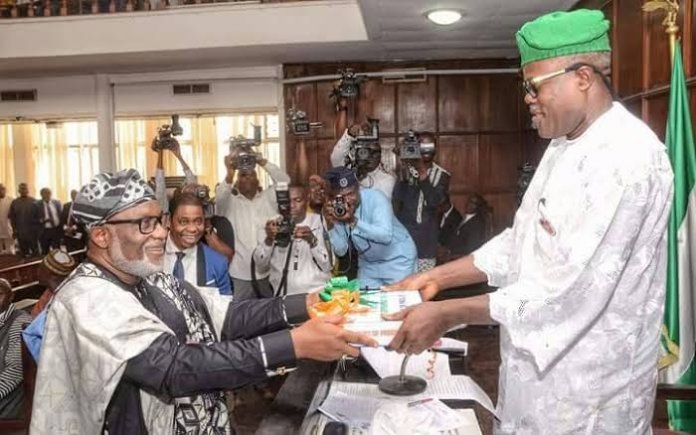 2020 Appropriation Bill to the state House of Assembly, reducing the estimate by N16 billion when compared with the figure of 2019.

The state Commissioner for Budget and Planning, Emmanuel Igbasan, who presented the bill before the state Assembly, told journalists that the reduction in the proposed budget was informed by financial constraints which was responsible for the inability of the state government to implement the 2019 budget to the targeted point.

As at the end of the Third Quarter of 2019, revenue from all sources was put at N91.706 billion as against the N145.427 billion expected to have been made at the period.

The revenue performance was rated 63.06 percent, which is a shortfall of about N53.721 billion.

Igbasan, who briefed journalists, said though education took the largest part of the proposed budget, the administration is looking at using agriculture to empower the people of the state in the implementation of its human capacity building.

He said many of the ongoing agricultural programmes would be expanded to accommodate more people.

(MTEF) as required by Fiscal Responsibility Law passed by the state House of Assembly.

The commissioner said the Akeredolu administration is looking at growing the

Internal Generated Revenue (IGR), which is currently put at N1.3 billion, to N3 billion leveraging on technology and blocking of leakages to cover the recurrent expenditure.