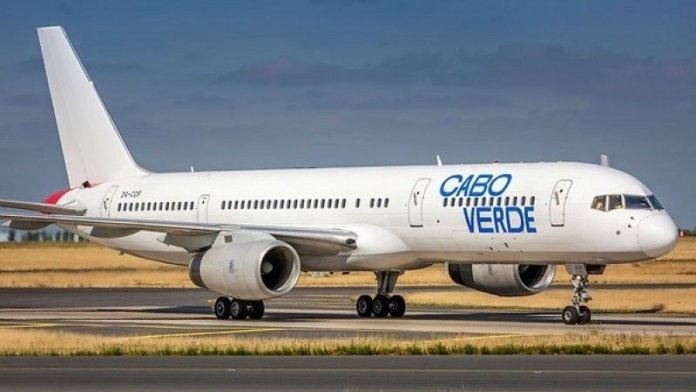 The flight conveyed 105 passengers who were travelling to the tourism island. Being the holiday season, Sal Island attracts Cabo Verde Airline aims at connecting Nigerians to other parts of the world, particularly Europe and North American countries through its hub in Sal Island. Travelers from Nigeria can travel to Washington, Boston, Lisbon, and South American cities like Salvador, Porto Alegre and Fortaleza in Brazil via Cape Verde.

According to the Marketing Director of the airline for West and Central Africa, Chloe Grant, the airline hoped to open more destinations to Nigeria through its hub.

“We came into Lagos because Nigeria has a large population. Between the obvious choice there is a massive drive for holidays across Africa. We are targeting Africans in the diaspora like Salvador in Brazil who are interested in exploring West Africa. We have various destinations across Africa.

Senegal has always been a traditional route. In America, Boston is our traditional route. There is a large population of Cape Verdans living in Boston. We hope to connect Nigerians through our new route to cities like Washington which will approximately take 14 hours from Lagos via Sal,” said Grant during a dinner party for tour and aviation operators as well as the former Commissioner for Arts, Culture and Tourism, Lagos state, Steve Ayorinde.

Grant also pointed out that the airline was using the tried and trusted template of Iceland. She stated that Iceland had no tourism initially, but since they started the flight to Europe and America, they had recorded significant growth in tourism.

“That’s what we are looking to achieve; to use Cabo Verde as a destination hub for people on their way from West Africa to North America and Europe.”

This she said could be achieved through the stopover programme where Nigerian travelers could spend a maximum of seven days on the Island at no extra cost.

Apart from Lagos, the airline also launched direct flights from Washington DC in the United States and Porto Alegre in Brazil the same day. The flights were part of the airline’s commitment to connect four continents in the world: Europe, South America, North and Africa.

Until recently, Cabo Verde was a public state owned company, flying under the name TACV Cabo Verde Airline. In 2017, the Cape Verdean government signed an agreement with Loftleidir Icelandic, part of the Icelandair Group, which turned the administration of Cabo Verde Airlines to the Icelandic group. By March this year, the group owned 51.1% of the airline, becoming the majority owner of the airline.
For its new direct flights, Cabo Verde airline will operate four days in a week: Tuesdays, Thursdays, Saturdays and Sundays.