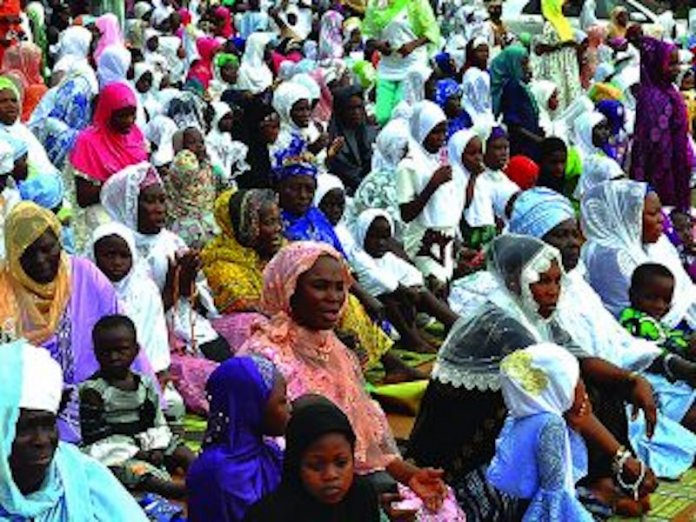 With a remarkable eight decades of continuous commitment to fostering quality education among Muslims and providing charity to indigent Nigerians, the Crescent Bearers, an organisation established by 16 young men in 1939 out of the passion for humanity, held its 80th anniversary lecture with the theme ‘Education as a Resource for Growth and Development of a Nation: The Nigerian Case’, at Yoruba Tennis Club, Onikan Lagos, as stakeholders agreed that improving the education system is the only hope for an all- round development of any nation. Sunday Ehigiator reports

Education in every sense is one of the fundamental factors of development. No country can achieve sustainable economic development without substantial investment in human capital. Education enriches people’s understanding of themselves and world. It improves the quality of their lives and leads to broad social benefits to individuals and society.

Education raises people’s productivity and creativity and promotes entrepreneurship and technological advances. In addition, it plays a crucial role in securing economic and social progress and improving income distribution.

The above were the summary of all the speakers at the Crescent Bearers Anniversary Lecture, which had in attendance not just members of the organisation, friends and well-wishers, but the Chairman Independent National Electoral Commission (INEC), Professor Mahmood Yakubu; and the Speaker, House of Representative, Rt. Hon. Femi Gbajabiamila; the Chairman, Caverton Offshore Support Group, Dr. Aderemi Makanjuola, eminent lawyer and a Senior Advocate of Nigeria, Alhaji Femi Okunnu, Mr. Kemi Pinheiro, SAN, among other dignitaries.

Explaining how the organisation came into being, the Chairman, Crescent Bearers, Wahab Dabiri said it was an idea formed by 16 bearers in 1939, out of love for humanity.
“Crescent Bearers are made up of people who are in their 90’s and those in their 40’s who have come together and decided among themselves to make the promotion of education and morals among Muslims in the society a priority and also charity support to indigent citizens.
“It was founded 80 years ago by a group of 16 young men as at that time, who get together once in a month and decide to enjoy one another’s company.

“But, while they were doing this, they felt that it was not good enough just to eat and drink and be merry; that they were part of a society, a community and that they must support that community. Hence, as they were enjoying themselves, they were putting some money down to support two key courses.
“First is tertiary education among Muslims on the Lagos Island and also charity; to help the less privilege. So this started the gospel and we are 80 years along the line and we are still waxing stronger and stronger.

“Recently, just about a year ago, we decided to do more than those two issues that we talked about. We have decided to go a little bit higher and we are building a mosque not for ourselves, but for the communities along the Lagos-Ibadan express way. We should complete the project by the middle of next year.”

On the subject of the day, ‘Education as a Resource for Growth and Development of a Nation: The Nigerian Case’, Dabiri said: “Education as we have today is not what is going to be like anymore. There is no way we can attract foreign investment into our country if our people are not fit for the purpose.
“If they are still using black boards and typewriters to study and not using laptops and IPads, then we are in trouble.”

In a brief remark, the Chairman of the occasion and former Vice-Chancellor, University of Lagos, Professor Rahman Bello, congratulated the organisation for the strides and efforts towards improving the lives of indigent citizens and the education system for the past 80 years.

According to him, “because to be 80 means a lot, not to talk of an association that has continued to improve the education system among Muslims for that long. My prayer is that you continue to exist in perpetuity and the objectives be retained and be expanded upon all humanity.

“Education is necessarily the bedrock for national development and for Nigeria, it can’t be any different. We haven’t gotten it right yet, but we must get it right if we want to remain a great nation and God’s given nation.”

Bello added: “As the focus on petroleum goes off as it would soon in the next decade economy, the human knowledge economy would be what Nigeria would need to be able to keep up and maintain itself. Our population is growing at an astronomical rate and the only way we can really take care of ourselves is to fully be educated; be able to apply technology for ourselves, be able to assist ourselves and create things here in Nigeria to support the nation and be able to export them to other countries.

“I know we are currently exporting, but it’s not in an astronomical rate. By that time, we would be able to develop appropriately and do things ourselves, and develop everything that we need in-house so we can export to the world and contribute to the world economy. That is the only way we can move forward, and it can only happen through education.”

Delivering his keynote address, Yakubu congratulated the organisation for the milestone achieved over nine decades of its existence, stressing that there is no happy or progressive society without a viable education system and no nation can be greater than the quality of its educational institutions.

“Let me start my congratulating the leadership and members of Crescent Bearers Association. 80 years in the life of any organisation is a critical milestone. Your efforts to use education to address the relative disadvantage of members of the society is certainly a model of what a community can do to make the society better.

“Education is the key to any nation’s growth and development. It is true that the population of any country is its greatest asset, but that asset can become a liability unless it is nurtured through education. In other words, population forms the soil of a nation, education reaches that soil. If you want to understand the current situation of any country, go no further but look at the state of its educational institutions.

“There is no happy or progressive society without a viable educational system. No nation can be greater than the quality of its educational institutions. Because, this is where you produce the future leaders. From engineers to bankers, to architects, to administrators, among others.

Yakubu added: “When we talk about education in this country, we should cast our net wide and go beyond literacy and numeracy to provide some sound moral content, without which the mere ability to read and write alone would be inadequate, if education must have a meaning beyond passing literacy or passing numeracy, to serve as a means of positively changing the society.”

The INEC boss also noted that character and learning must be combined for education to have real meaning and for products of the education system to serve as agents of social transformation.

He insisted that nations must provide qualitative and relevant education and not just a motion of going through the four walls of class room, “after all, the richest people in the world are no longer in the oil and gas and mining, they are into the knowledge economy of the 21st century. The 25 richest people in the world in 2019, are largely in the IT economy of the 21st century.”

Also in a brief remark, Gbajabiamila said the combination of education and Islamic religion “if we can get it right, which people hardly do, for me, opens doors to every souls to have ease of life.

“Education and Islam can never be divorced, but we have to get it right. In this modern day economy that we are all facing, education is what we need to live up to the 21st century. I think it is important that we all join hands together. I have seen and read statistics about founding of Muslim schools, enrollment of Muslim students and will I sit quietly back and watch its decline?
“We have eminent Muslims in this country. But beyond eminence, I think it’s time that we put those human resources together to give our children a better education that would put them and see them in good shape, going into the future,” he said.