The Nigerian Bar Association (NBA) has expressed dismay over the invasion of a Federal High Court in Abuja by operatives of the Department of State Services (DSS) on Friday in a bid to re-arrest the Publisher of Saharareporters, Omoyele Sowore and his co-defendant, Olawale Bakare.

The DSS personnel had chased Sowore and Bakare back into the court shortly after the trial judge, Justice Ijeoma Ojukwu, had adjourned to February 11, next year, for the commencement of their trial in alleged treasonable felony charges.

The action, which forced the court to rise and adjourn all other matters, has since been widely condemned by all.

Reacting, the umbrella body for lawyers in the country described the act as primitive, lawless, contemptuous and disrespect for the rule of law.

“The Nigerian Bar Association strongly condemns the action of the Department of State Security, which is another in the series of impunity and lawlessness exhibited by the DSS. The invasion of the court by the agency of the Federal Government of Nigeria runs contrary to the avowed assurances of the President of the Federal Republic of Nigeria that he will ensure that the federal government and agencies under it obeys court orders. The disrespect of the court by the DSS is legendary and unrivalled,” the body said in a statement made available to newsmen.

In the statement signed by its National Publicity Secretary, Kunle Edun, the NBA urges all Nigerians to be alive to their responsibilities as citizens of the Federal Republic of Nigeria and be ready to partner with all Nigerians and civil society organisations to ensure that the rights of Nigerians as guaranteed by Chapter 4 of the Constitution of the Federal Republic of Nigeria, 1999 as amended are not trampled upon by any agency of government.

The NBA therefore, demands as follows: That the Federal Government of Nigeria and the National Assembly immediately investigate the shameful conduct by the DSS and ensure that all persons found culpable are duly punished in accordance with the law.

“The immediate suspension of the Director General of the Department of State Security from office. We make this demand bearing in mind the fact that the DSS under his leadership has established itself as a brutish and irresponsible agency that derives immense pleasure from violating the fundamental rights of Nigerians and disrespecting court orders.

“That the National Assembly should review the laws setting up the DSS and indeed all security agencies in Nigeria with a view to repositioning them to be more responsible and responsive to the public.

“That the Attorney General of the Federation, being the Chief Law officer of the Federation takes over all the political cases or cases involving politically exposed persons presently handled by the DSS,” the statement read in part.

According to the body, its demands are without prejudice to the consultations presently going on amongst critical stakeholders in the legal profession and the judiciary on how best to ensure that this sad incident does not re-occur. 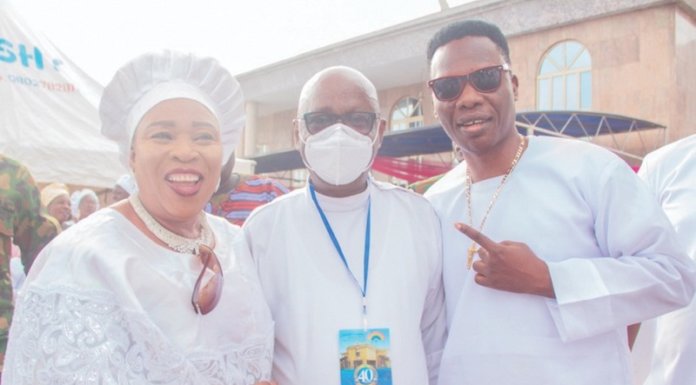