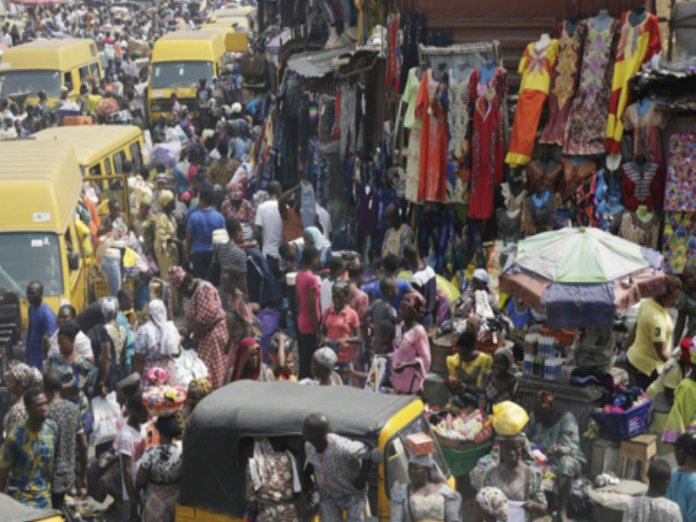 With Nigeria projected to be the third most populous country globally at 411 million persons by 2050, there is growing concern this would hamper human capital development and fuel poverty. But sexual and reproductive health stakeholders believed this can be addressed through Family Planning, Martins Ifijeh writes

By 2020, which is a month away, Nigeria’s population will be 206 million if reports by the UN is to go by. This also projects that by 2050, the country will have a population of 411 million, while by 2100, it will be few millions shy from the one billion mark, putting the country as the fastest growing population in the world.

But the Nigerian government has signaled this as a ticking time bomb that may come back to haunt the nation if nothing is done to manage the surge; a progression that has signaled the likely lack of economic prosperity in future with associated features including extreme poverty, and inability to provide fundamental basic needs for the population.

A recent report by the Bill and Melinda Gates Foundation, projected that 40 per cent of the extremely poor people in the world will live in just two countries: The Democratic Republic of the Congo and Nigeria, considering the growing surge of population in the two countries.

Last year, President Muhammadu Buhari described the projection as a frightening prospect that needs to be addressed, as the country requires planning for the population it has per year.

Buhari said: “We are all aware of the looming demographic potential of our country. By average estimates, our population is close to 200 million today. By 2050, UN estimates put Nigeria third globally behind only India and China with our projected population at 411 million. This is a frightening prospect but only if we sit idly by and expect handouts from so-called development partners. The solution to our problems lies within us.”

As at present, Nigeria currently has over 10.5 million out-of-school-children, which is the largest globally. Between 2010 and 2015, over 10 million young Nigerians applied for space in the country’s tertiary institutions, yet only 26 per cent gained admission. For those fortunate enough to get through the country’s educational system, unemployment remains a pressing concern.

According to the National Bureau of Statistics 2018 report, about 16 million youths are unemployed. Over 11 million Nigerian children are currently stunted, with over 2.5 million under five years malnourished across the country.

The Governor of the Central Bank of Nigeria (CBN), Godwin Emefiele said tough times await Nigeria if the country will be 425 million by 2050 due to impending population explosion unless urgent steps were taken to manage it.

The immediate past Governor of Zamfara State, AbdulaÁziz Yari said in May this year that the population explosion in the North-west  geopolitical zone was a time bomb waiting to explode as this may lead to growing number of poverty, insecurity, among others.

He said: “We have a very gigantic job and we have to start now. If other associations are doing nothing, we have to lay a foundation, otherwise in the next 10 to 15 years, if we did not plan properly, we will be faced with a serious problem.

I think even Niger Republic that is not up to the size of Kano State, have their plan on the population; they know the number of people they have, the dead, new born and all, if Nigeria must move forward, we must expand our economy.”

The Minister of Finance, Zainab Ahmed last year said one of the concerns in the implementation of the Economic and Recovery Growth Plan (ERGP) of the federal government was the population explosion, adding that the government was working with relevant institutions to manage it through family planning as this would ensure the government was able to cater for its citizens.

Recently, the Emir of Kano, Lamido Sanusi called on Nigerians to have the number of children they are capable to taking care of, as bearing children without obvious plans for their wellbeing will not only fuel suffering for the parents, but poverty for the children in future as they may be unable to get the necessary tools to attain human capital development when they grow up.

Despite this knowledge by Nigeria’s stakeholders, including the president, the country surprisingly reduced funding for Family Planning from four million dollars in 2018 to 958,000 dollars in 2019.

A Media Consultant for IPAS and Marie Stopes International Organisation Nigeria (MSION), Emmanuel Ugoji said stakeholders should be reminded of the importance of Family Planning to the nation, as this will not only address poverty for the family unit, but the nation at large.

As part of efforts to address this, the Director, Programme Operations, MSION, Emmanuel Ajah, who spoke during a two day media training in Ibadan, Oyo State recently, said the country currently has a contraceptive rate of only 12 per cent, with about 88 per cent of Nigerian women not utilising any form of modern contraceptives.

According to him, 12 per cent rate was low, but can be improved upon with the help of stakeholders, the media and the government.

While the Nigerian government said it was advocating for Family Planning as one of the ways to curbing poverty on the long term, as well as safeguarding the health of mothers and newborns, Ajah believed awareness needs to increase on the benefits of Family Planning to the society and the nation at large, as this can help slow down the surge.

He said: “A family that plans for the number of births it intends to have, will plan for how to give that child the deserved quality of life. Child spacing will not only benefit the family economically, it will also ensure the mother and child are in good health, and the nation maintains the population growth it desires for effective planning for its citizens.

“We need to create more awareness on modern contraceptives. It would aid family planning, and increase productivity and development for the nation, especially in rural areas.”

While culture, social economic and religious barriers have been signaled as reasons for low modern contraceptive uptake, hence leading to increased population, Ajah said advocacies to major stakeholders were key to addressing the national concerns.

“MSION was at the forefront of expanding universal access to modern contraceptive methods, especially in rural areas and among less privileged populations.”

The Head Marketing and Strategic Communication, MSION, Ogechi Onuoha during her presentation at the workshop said access to safe and voluntary Family Planning was a human right, adding that it was central to gender equality and women’s empowerment.

Onuoha stated that in most developing countries, including Nigeria, some 214 million women who want to avoid pregnancy were not using safe and effective Family Planning methods, for reasons ranging from lack of access to information or services to lack of support from their partners or communities.

“This threatens their ability to build a better future for themselves, their families and their communities,” she noted.

Presently, according to Onuoha, 451 women and girls, out of every 100,000 die from maternal causes, noting that Nigeria’s reproductive health situation has a lot to improve on.

“This high Maternal Mortality Rate (MMR) is largely due to high Fertility Rate, FR, unintended pregnancies and low use of contraceptives. The Federal Government of Nigeria, through the Federal Ministry of Health, FMOH, has set a modern contraceptive prevalence rate (mCPR) target of 27 per cent by 2020. To achieve this, a lot must be done to address the barriers to uptake of modern contraceptive methods.”

She however stated that increased uptake of modern Family Planning services will contribute to averting about 30 per cent of MMR, 25 per cent under five mortality and allow more women to remain in school, get educated and contribute to national development.