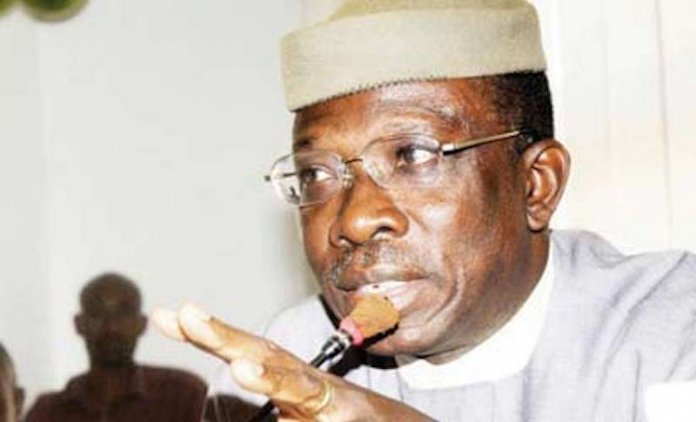 Today, I am vacating this page for the ungoing debate about the return or not of the National Sports Commission (NSC). The piece below was contributed by Dr. Patrick Ekeji who retired as Director General of the Federal Ministry of Youth and Sports. May the LORD bless our country, Nigeria.
-Tayo Balogun

Pat Ekeji
Sports development in our country has grown from what it was as a negligible oak in 1960, tucked in an omnibus manner and not even named as sports, under the then Ministry of Youth & Social Development with Chief J.M Johnson as the pioneer Honourable Minister, to a very complex undertaken today. For many countries of the world, whether developed, developing or under-developed, sports have acquired a signature undertaken with which countries are launched into the attention stage.

Indeed, performances of athletes at major global events such as the Olympic Games and World Championships seem to be major yardsticks for comparative levels in development index and it is for this reason that various governments in the world, in recognition of the ever growing importance and visibility of sports, have created by their Laws, special arms of government that drive this aspect that caters for all categories of citizens.

This is the reason it is designated as a major cross-cutting issue at different fora where social and economic discussions are held world-wide. Sadly, in spite of our craving for high and higher performances from all stake-holders in our sports sector, especially athletes, 58 years after our “independence”, we have not yet found the wisdom to give teeth to sports administration by way of legally establishing the instrument of its administration by Law, i.e. the NATIONAL SPORTS COMMISSION. It is still being “discussed” and has been, in the last 12 years or so.

Non-Passage of this Bill, which by the way has been in the works for too long has largely been responsible for inconsistency in Policy implementation. An NSC established by an ACT of the National Assembly will reverse this behaviour as the execution of dully approved policy contents by its day-to-day administration would no longer be at the change in mood of Mr. President.

In specific terms, some of the policies that would receive assured implementation would include: implementation and consolidation of grassroots sports programmes such as the national sports festival, national youth games, provision for academic scholarships for outstanding student-athletes discovered from grassroots sports programmes such as the National Sports Festival, development path-ways for prospective Sports Officers for outstanding erstwhile athletes who eventually take to Coaching as well as those who acquire relevant educational and professional competencies as sports administrators, guarantee of professional fulfilment for Sports Officers, guarantee of evolvement of a corporate-sector-friendly approach towards management of sports programme so as to encourage sponsorship of sports programs by corporate Nigeria beyond the attitude of grudgingly “satisfying” the provisions in law under Corporate Social Responsibility as response to overtures made by Sports Federations for sponsorship of programmes.

Establishment of the NSC by an ACT would take its perception beyond the realms of various state governments of sport as “just” a sector for public relations into which political “hangers-on” are to be assuaged, establishment of the NSC by an ACT would make it unattractive for any incoming President (Government) to throw the sport sector administration around in any consideration for re-adjustments usually under the excuse of cost-saving exercise. I am confident that Enacting the NSC Bill would fast-track the integration of our sports sector into our national development strategy such that it can be used as a tool for expression of our nationhood.

Furthermore, an NSC would obviously be better positioned to address the never-ending squabbles that follow after elections into Boards of Sports Federations which have become a culture rather than an exception. I can assure that the presence of a National Sports Commission Board that would be constituted with tested Professionals would certainly work out a formula that ensures rancor-free elections and so on, while also assuring the sanctity of the hallowed office of the Hon Minister.

Other reasons for this call include the pursuit of firmly instituting the World Anti-Doping rules and regulations here especially given the fact that Nigeria is a founding Member of the World Anti-Doping Agency (WADA), way back in 2002 and we still have not been able to establish firmly and in practical terms, the dreams of the founding Board Members yet we have produced five amongst Africa’s best in this area of drug-free-sport namely: Prof Ken Anugweje, Dr Akin Amao, Dr Abdulkadir Muazu, Pharm Femi Ayorinde and, Ms Fadeke Fadeyibi. And in the field of sports for the physically challenged, the initial trajectory experienced by the creation of the Paralympic Committee of Nigeria but now dimmed would be revived. They are special and this group of sports persons need to be so recognized. They should not be remembered only when they are needed.

And the Sports Federations? Existence of NSC would better manage the processes of regime change occasioned by elections given the fact of the presence of an NSC Board and the stabilizing role she would play. The rate of growth in our sports sector requires a review of its management structure wherein creation of the following arms-length Agencies have become necessary: (a) Anti-Doping in Sports;(b) Facilities Development and Maintenance;(c) Sports Programs Development and Management, (d) Health and Nutrition in Sport. And finally, a National Sports Commission – Enacted-would certainly bolster the drive for the enactment of National Association for Physical Health Education Recreation Sports & Dance (NAPHERSD) as a regulatory Council for the teaching of Sports Administration just like it is in other professional bodies.

Ghana is handy. The Government of Ghana in January 2009, decided to re-establish their Ministry of Youth & Sports in realization of the emerging trend among countries world-wide. This obviously, is in recognition of the inherent advantages in the natural affinity between Youth and Sports as one instrument for Youth mobilization and engagement. The Ministry as it stands now implements its goals and objectives through the following Agencies and Institutions: The National Sports Authority (NSA), National Youth Authority (NYA), The National Sports College (NSC, Winneba). Our Sports administration keeps rolling and do we not know that “a rolling stone gathers no moss.?” Certainly, we do!