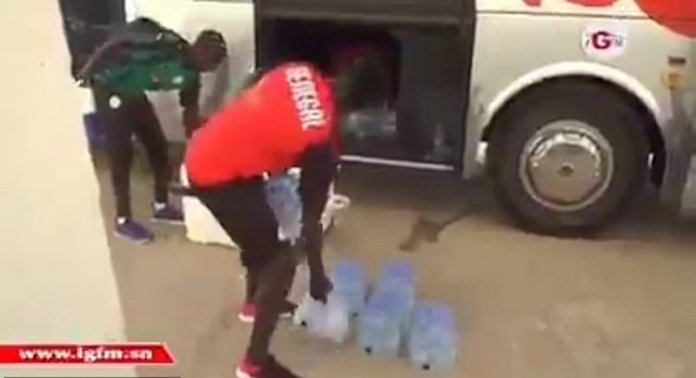 A video of Sadio Mane helping members of staff carry water bottles off the Senegal team bus has left fans full of praise for the forward on social media.

The prolific Liverpool forward is away with his country after a stunning start to the season as the Reds chase the Premier League title.

Mane is seen as one of the top players in the world but the video which emerged on Twitter showed he has not let the success go to his head with a selfless act in which he stops to carry some bottles of water from the bus.

The video was posted by @ChrisvLFC with the caption: ‘I doubt I will ever like a human being more than Sadio Mane,’ and shows Mane gets off the team bus and stop to pick up some of the water bottles on the ground.

The bottles would have been left for a member of staff to take them inside, but the mercurial forward did not mind going out of his way to lend a helping hand.

The video sparked a wave of appreciation for Mane, with one calling him ‘one of the most genuine people on the planet’ and another saying he is ‘a genuinely great person’.

One Tweet read: ‘Is in the blood to be humble and Mane got that.’

Mane has been in sensational form for Liverpool this campaign, scoring 11 goals and supplying five assists in 17 matches.