This is the second international award the ‘African Giant’ as fondly called has clinched this year. He had won the Best International Act award at the 2019 Black Entertainment Television (BET) Awards in June. With Burna Boy 2019 MTV EMA win, the afro-fusion artiste adds to the list of Nigerian musicians who have won the much-coveted international laurel, and remarkably the fourth time in a row with the likes of Wizkid in 2016, Davido 2017, Tiwa Savage in 2018. Past Nigerian winners of the MTV EMA Best Africa Act award also include 2Baba and D’Banj.

The MTV Europe Music Awards is one of two main events organised by the American music channel, alongside the prestigious Video Music Awards in the US that have been held annually since 1984.

While Burna was being proclaimed the winner of the MTV EMA Best African Act, the Star Beer brand ambassador was busy shutting down the 12,500 capacity SSE Arena in Wembley, London venue of his African Giant Tour Returns concert where he was also recognised for being the first Afrobeat artiste to shut down the place.

His mother and manager, Bose Ogulu interrupted one of his performances to announce that Burna Boy had won the MTV EMA for Best African Act at the MTV EMA Awards ceremony. The African Giant Tour Returns concert at the SSE Wembley Arena ended at 11 pm, leaving fans with a euphoric feeling as they anticipate the African Giant Returns Europe tour concerts of Wednesday, 6th November in Manchester and in Leicester today Saturday, 9th of November, 2019.

Hosted by popular Nigerian comedian, Basketmouth, the African Giant Tour Returns, was an epoch concert. Over 12,500 music lovers were thrilled to the eccentric performance of the African Giant, Burna Boy alongside other superstars at the SSE Wembley Arena in London.

A firsthand source informs that in a true Burna Boy’s fashion, his entrance on stage left fans on tenterhooks. Burna emerged from the jaws of a 20-foot gorilla hoodlum to a nostalgic Fuji instrumental blend of Yoruba sounds, eliciting loud cheers from the crowd. He was lifted out with a harness and glided 20 feet high over the audience to his opening track, African Giant.

The ‘Another Story’ crooner treated his fans to a catalog of his hit songs, and fans had a good time singing along, creating a charged atmosphere with an energy that matched Burna’s amazing performances. His performances were aided by his seven-man band, ‘The Outsiders’, his choir, ‘Burna’s Angels’ (dressed in all-white trendy outfits) and an 8-piece string orchestra.

The maiden concert witnessed appearances from Wizkid, Manifest, Davido, Stormzy and Santan Dave, who joined Burna Boy on stage to perform their numbers to a rousing crowd. The CEO of Warner Music and a representative from the venue presented a Certified Sold out Concert at the SSE Wembley Arena Plaque to Burna Boy in recognition of his accomplishment. Recall that Burna Boy was also awarded a plaque for selling out the O2 Academy, Brixton in 2018.

With Burna massively shutting down the 12,500 capacity SSE Wembley Arena shows the ‘African Giant’ can go all out to possibly replicate the feats by Davido and Wizkid twice at the London O2 Arena which is 20,000-seater having successfully tested the waters with his sold-out concert at the second largest indoor facility in London after the 02 Arena and the ninth largest in the United kingdom.

After all he is presumably so, the self-acclaimed African Giant of music. That way he can finally confirm his ‘Giant of African’ music status! And put naysayers to rest. 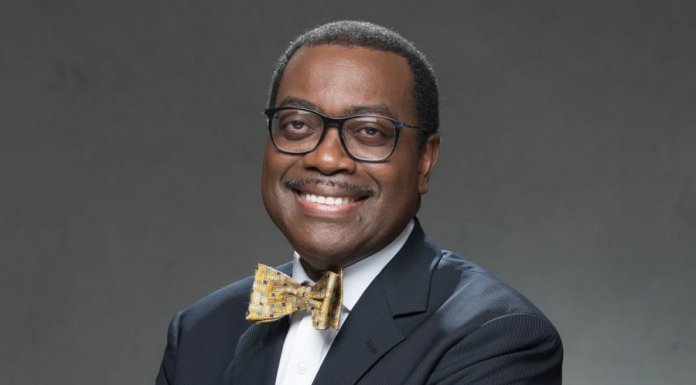 Africa’s Battle for the Soul of its Development Bank