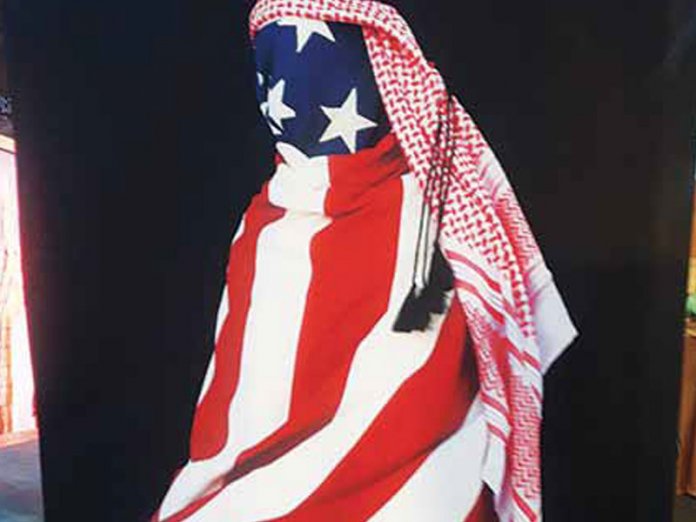 With a minimalist approach to curating the works, LagosPhoto Festival founded by Azu Nwagbogu opened on October 27 as it retained its spot as a multi-cultural and international visual conversation. It is the biggest known festival of photography in Nigeria. One of the objectives of the festival has been to reclaim public spaces which was taken literally last Sunday as culture buffs besieged the Old Federal Government Press Building on Broad Street, Lagos.

Inside the time-tested building laid the eye-catching pictures that revolved around the theme of Passports. The theme is a way of discussing the global experience around the constraints and prospects of what is considered as the most important official document for a human being. Through this theme, the artists explore identity, diversity and migration.

The minimalist artist, Ruben Martin De Lucas whose aerial shot pictures occupied the centre space took a microscopic shot in the series documented as ‘Minimal Republics.’ The works point at the strange feeling of possession that man exerts towards the Earth, an entity which transcends us in age.

Rahima Gambo’s ‘A Walk’ is a mix of photographs and collagesthat had been largely inspired by his walks through the Millenium Park in Abuja. A supposed daily routine has paved way into an open-ended narrative to embody the concept of moving ideas. Another influence in Gambo’s visual narrative is the rising incident of female suicide bombers in North East Nigeria.

For Dan Halter, the series titled, “Furry Boots ye fae?” shows a white man draped in plastic-weave designed Scottish outfitotherwise known in Nigeria as “Ghana Must Go.” Based on the crisis in Zimbabwe that left many flooded over the borders inwards South Africa, the “Ghana Must go” designs have become symbols of migration worldwide.

One of the exhibiting artists and a self-portrait artist, Genevieve Aken revealed what awaits the audience at one of the satellite venues, African Artists Foundation in Victoria Island where her works had been carefully arranged in a container.

“I’m showing six images based on the issues of rape, murder and domestic violence and what men are facing all around the world. The focus is not just only in Nigeria. They are self-portraits and they are more of a performance. I’m talking about a story of a certain woman in Italy whom I met during my residency. I am recreating the story through my images,” Aken said.