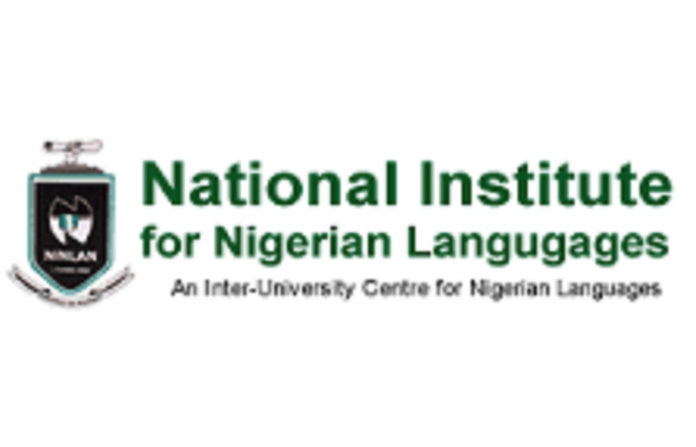 The National Institute for Nigerian Languages (NINLAN), Aba has announced plan to boost the country’s literacy level and spur industrialisation through the use of Nigeria’s indigenous languages.

The Executive Director, Professor Obiajulu Emejulu, who disclosed this
at a press conference, said without the development of local languages the quest for Nigeria to join the league of industrialised nations would continue to be a mirage.

“No country has industrialised on the wings of foreign languages,” he said, citing the experience of the group of Asian countries usually referred to as the Asian Tigers that attained industrialisation with their indigenous languages.

The Professor of Linguistics noted that science and technology could be conceptualised in the indigenous languages spoken across Nigeria, adding that native intelligence is best conveyed in local languages.

He announced that NINLAN is poised to produce the required manpower for the teaching of science and technology in indigenous languages, adding that high literacy level could be attained if Nigerians read and write in their native languages.
According to him, the institute has already received the approval of the National Commission for Colleges of Education (NCCE) to commence NCE programme with effect from 2919/2020 academic session.

The NCE programme covers 19 courses, including seven indigenous languages- Hausa, Igbo, Yoruba, Kanuri, Efik, Tiv, Fulfude- as well as Mathematics, Biology, Computer Science, Agricultural Science and Business Education.
“We want to produce a crop of NCE, diploma and degree holders who are different from others by marrying their specialisation with our native languages,” Enejulu said.

He explained that by virtue of its enabling law (Decree 117 of 1993, now Act 50), NINLAN has all it takes to offer degree programmes as it is “an amalgam of college of education, polytechnic and university.”

He regretted that the degree programmes of the institute have continued to experience hitches due to policy somersaults, including its affiliation to the University of Nigeria, Nsukka from 2007 to 2014 and then the University of Uyo.

“The most glaring area the institute has hitherto met a stumbling block is in its quest to achieve the mandate to award degrees, a function clearly set for it by the enabling act.”

The executive director stated that the National Universities Commission (NUC) is yet to grant NINLAN approval to commence degree programmes “because of an issue it raised with the NINLAN Act.”

Emejulu, who is the fourth substantive executive director, said the institute is in dire need of funds for the development of infrastructure and facilities having moved to its permanent site on 209.5 hectares of land at Ovom area of Aba, Abia state.

He said NINLAN needs N5 billion to significantly address its yawning infrastructure gap due to “prolonged lack of funding”, adding that the institute is yet to receive its take-off grant 26 years after it was established.