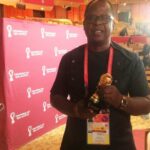 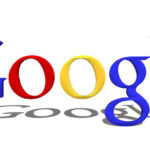 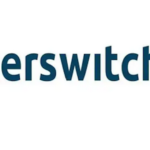 The Lagos Chamber of Commerce and Industry (LCCI) has signed a memorandum of understanding with the Oxford Business Group (OBG) on the latter’s forthcoming ‘The Report Nigeria 2020’ publication.

The report would shine the spotlight on sectors in Nigeria that are open for investment opportunities.

Speaking at a media briefing in Lagos yesterday, the Director-General, LCCI, Muda Yusuf, revealed that the report would highlight the key roles that an infrastructure-driven economy would play towards attracting major foreign and local investments into the country’s developing economy.

The LCCI boss pointed out that the report would also examine the country’s efforts to develop the green energy space.

This, he said would play a vital role in enhancing the supply of power to citizens thereby driving economic activities.

Yusuf, said the report would also measure the transformation that has taken place in Nigeria’s telecommunication sector as well as the many ways in which other sectors have been able to take advantage of new technologies.

According to him, it would also contain detailed coverage of the measures implemented to enhance Nigeria’s business situation whilst also shedding more light on issues that remain a challenge for investors with power supply constrains coupled with weak physical infrastructure top on the list.

“I am very delighted to be teaming up with OBG for its forthcoming report that would ensure investors are kept informed of the latest developments in Nigeria’s evolving economy.

“As a market leader, Oxford Business Group has played a strategic key role in filling this void since launching its operations here ten years ago as it furnished representatives from both the private and public sectors with extensive, accurate data and analysis on the rapidly changing domestic landscape,” Yusuf added.

In his remarks, the Country Director, Oxford Business Group, Christophe Bonami said, “In a highly globalised economy, where countries are competing against each other to attract investment and business, the importance of having reliable and up to date economic data and information is crucial as access to knowledge is power.

“This year marks our eight report on the market; and as Africa’s largest economy we are eager to put our research on the country out to the world of businesses and investments.”