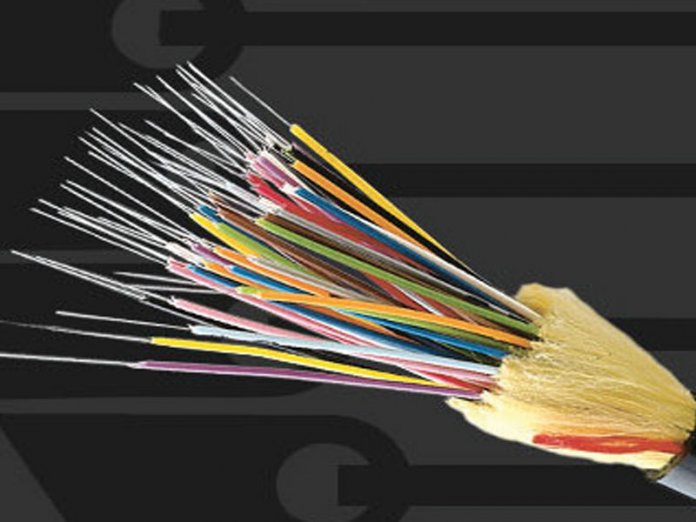 In 2009, both MainOne and Glo 1 berthed their submarine cables on the shores of Lagos to boost broadband and internet access across the country. MainOne submarine cable, which is a 7,000km stretch from Portugal in Europe, has landing stations along some West Africa coastal countries, while the Glo 1 submarine cable, which is a 9, 800km cable, came from Bude in United Kingdom (UK) and connects Nigeria to the rest of West Africa and the UK. It has landing points in Nigeria, London and Lisbon in Portugal.

The Glo 1 project, was jointly executed by Globacom and its partners, Alcatel Lucent, designed to give Nigeria lead in telemedicine, eCommerce and egovernance among other practices that transform economies.

Since both cables landed in Lagos to complement SAT 3 submarine cable that is jointly owned by a consortium of stakeholders, including the defunct Nigerian Telecommunications Limited (NITEL), broadband penetration has risen from six per cent to 35.1 per cent. It has also increased government online presence as more government activities and contracts can now easily be accessed online. Broadband also supported e-Commerce growth in the country, which led to the emergence of e-Commerce giants like Jumia, Konga and Yudala, before Yudala acquired Konga in February 2018, through its parent company, Zinox Technology Group.

Last week, MainOne announced the extension of its submarine cable to Grand Bassam, Cote d’Iviore, which is the final leg of the ongoing expansion to reach Senegal and Cote d’Ivoire. The Grand Bassam landing, which follows the recent completion of the landing in Dakar Senegal will extend the reach of the cable into Cote d’Ivoire and neighbouring countries. The deployment is also notable because it is the first commercial cable in service to deploy spectrum sharing capabilities guaranteed to deepen infrastructure sharing and lower the cost of delivering broadband services to West Africa.

According to the company, following the landing at the Grand Bassam beach in Abidjan, the cable would be connected to an existing branching unit on the MainOne cable trunk already strategically located offshore. The upgrade of the electronics on the cable and the implementation of spectrum sharing functionality would now enable multiple operators share optical spectrum on the submarine pair with up to 10 terabits of capacity. The availability of such increments in capacity is expected to further accelerate the deployment of 4G services in addition to fixed broadband across the region.

The submarine cable will also be connected to the newly constructed MainOne data centre in Abidjan, purposely built alongside the cable landing station to house infrastructure to facilitate the growth of the digital economy in Cote d’Ivoire. The facility built to Tier III standards will address the needs of Internet Service Providers (ISPs), Telecom Operators and Mobile Network Operators (MNOs), global content providers and enterprises in Cote d’Ivoire seeking world class infrastructure at competitive costs for locally resident data, the company said.

The facility is expected to offer rack spaces for businesses to collocate their information technology (IT) infrastructure including servers and other equipment with ease while gaining access to fully redundant power, cooling, carrier-grade security, and fire – prevention. The carrier-neutral facility will also bring direct access to the MainOne Cable system as well as interconnection with major network operators in Cote d’Ivoire.

Speaking on the development, Chief Executive Officer (CEO) of MainOne, Funke Opeke said: “We recognise the role that broadband infrastructure plays in driving the growth of the digital economy and economic development in the 21st Century and are excited that we can enable these investments in Cote d’Ivoire. We look forward to energizing the digital ecosystem, not just in Cote d’Ivoire, but also in neighbouring countries as we bring the new submarine cable connection and Grand Bassam data centre into service.”

MainOne’s submarine cable was the first private subsea cable to deliver open-access, broadband capacity to West Africa in 2010, heralding the explosion in internet access witnessed in the region. The MainOne system traverses the coast of West Africa with fully operational landing stations from Seixal in Portugal through Accra in Ghana to Lagos in Nigeria, the addition of new branches in Dakar, Senegal and Grand Bassam, Cote d’Ivoire and additional branching units in Morocco and Tenerife yet to be connected.

Shortly before the extension of its submarine cable to Côte d’Ivoire, MainOne also announced the expansion of its data centre brand, MDXi, to Accra Ghana, in line with its ongoing West African expansion plans. The company’s MDXi subsidiary, the largest commercial data center services provider in West Africa, is extending its imprint into Ghana with the new facility to expand MainOne’s already robust infrastructure and service profile in Ghana.

The new data centre facility which will be based in Appolonia City, a mixed use development 20 kilometers from the centre of Accra, is expected to be ready for service in the fourth quarter of 2020 and will cater to the ever-increasing demand for colocation and interconnection services for multinationals and local businesses seeking shared services facilities for their ICT resources in world class facilities.

According to MainOne, the Tier III facility would be constructed on 4,047 sqm land area in Appolonia City, a fast-growing light industrial park, located within the northern suburbs of Greater Accra metropolitan Area. The facility would be designed to international standards consistent with the MainOne brand, assuring collocated customers of the highest quality of service to meet their business requirements.

The 100-rack facility will offer customers the opportunity to host infrastructure in a facility guaranteed to provide high levels of availability and rich connectivity with a global network of customers, partners and suppliers thus ensuring 24X7 online delivery of services for the businesses. MDXi’s world-class infrastructure will feature private data center suites, enterprise-grade 24×7 multi-level security and video surveillance, precision cooling, safety and fire suppression systems with multiple redundancies built into the power, cooling and security infrastructure. In line with its parent company’s leadership in the telecoms sector, the facility will offer open access connectivity options to all the leading telecom networks in Ghana and direct access to MainOne and other submarine cable systems.

Regional Executive at MainOne, Mr. Kazeem Oladepo, said: “As an organisation committed to providing broadband infrastructure solutions across West Africa, we are excited to make this investment to support the digitisation journey of our customers with the new data center facility.

“Over the past few years, we have grown our business in Ghana to serve major enterprises and we are delighted to bring our world-class data center expertise to deepen the Ghanaian market. The Ghanaian economy continues to build industrial capacity to show strong economic growth and we need to deploy our best solutions to service the market.”

Speaking on the planned expansion, Director, MDXi, Mr. Gbenga Adegbiji, stated: “Based on our strong track record as the preferred commercial data center in West Africa, it is with great pleasure that we announce the expansion of our MDXi footprint in Ghana. This expansion will see MDXi contributing to the growth of the local economy by providing jobs, enhancing capacity development and economic growth. Most importantly, it ensures that we are fully equipped and positioned to serve more businesses in Ghana as the region continues to grow its digital economy.”

Regarding the impact the expansion will have on the city, the CEO, Appolonia City, Bright Owosu-Amofah, said: “The city’s innovative vision to drive industrialisation and social infrastructure has been made possible through partnerships like MainOne and its subsidiary company MDXi, whose data centre infrastructure will play a major role towards the economic growth and viability of Appolonia City, and also be the backbone for a connected ICT ecosystem.”

The plan for the Glo 2, was unveiled at a contract-signing ceremony between Globacom and global telecom solutions vendors, Huawei in Lagos.

Giving details of the project at the event, Globacom’s Regional Director, Technical, Mr. Sanjib Roy, said the submarine cable would be built along the Nigerian coast from Alpha Beach in Lagos, where Glo 1 landing station is located, to the Southern part of Nigeria. The facility will enable ultra high capacity connection to South-south region and provide capacity to offshore oil platforms and the communities.

He stated that the Glo 2 project would boost telecommunication service delivery in the country by providing economic as well as social empowerment of the communities in oil producing regions. It will also provide high speed internet connectivity as well as digitalize oil platforms to improve productivity, upload data to remote oil platforms at the speed of light.

“Glo2 will be the first submarine cable in Nigeria to land outside Lagos as the five existing submarine cables only landed in Lagos. Glo 2 will have capacity of 12Terabit per second and will provide ultra-high speed connection to oil platforms and communities to empower data coverage and support Enterprise market growth in this part of Nigeria,” Roy explained.

The facility, he added, would be the first to provide dedicated submarine optical fiber to oil platforms to support the growth of Nigerian Economy and allow Oil Communities to reduce their operational expenditure. “It is also designed for further expansion southwards to Cameroon, Equatorial Guinea, Gabon, Angola, among others,” he added.

He also disclosed that the cable would contain three fiber pairs, with the first pair connecting Lagos directly to Southern part of Nigeria with terrestrial extension to other parts of the country for redundancy and maintenance purposes. The second will be equipped with eight switchable Branching Units (BUs) which will deliver high capacity to offshore oil stations and communities connected directly to BUs, while the third pair will be equipped with two switchable Branching Units to deliver high capacity to Cameroon and Equatorial Guinea.