A few days after the Chief Justice of Nigeria, Justice Tanko Muhammad, alleged that paucity of funds was cripling the judiciary, President Muhammadu Buhari Monday in Abuja promised to adequately fund the judiciary.
The president said adequate funding of the nation’s judicial system would enable it to effectively discharge its responsibilities.

He also said it was the collective responsibility of the three arms of government to ensure fair justice delivery and as well as safeguard the rights of all Nigerians.

A statement by the president’s media adviser, Mr. Femi Adesina, said the president made the remarks while commissioning the annex building of the headquarters of the National Industrial Court of Nigeria (NICN), in Garki, Abuja.
The event coincided with the valedictory session for President of the NICN, Justice Babatunde Adejumo.

Adesina said the president recalled how his administration had increased the budget of judiciary from N68billion in 2014 to N100 billion at present and promised to sustain the trend.
‘‘You will all recall that in 2014, the entire budgetary allocation to the judiciary was N68 billion.

‘‘Today, the judiciary budgetary allocation has gone up to N100 billion. Rest assured that we shall continue to adequately fund the judiciary to ensure it is enabled to discharge its responsibilities,” he quoted him as saying.
Adesina also said Buhari appealed to the three arms of government to continue to foster collaborative partnership with a view to ensuring that policies, programmes and projects of this administration positively impact the lives of Nigerians.
He further said the president noted that irrespective of their ethnic, religious and political backgrounds, Nigerians reserve the right to live peaceful and prosperous lives and as well enjoy fair justice delivery.
‘‘Simply put, all Nigerians, regardless of ethnicity, religion and politics deserve peaceful and prosperous lives.
‘‘Where these basic rights are trampled upon, Nigerians deserve fair justice delivery.
‘‘It is therefore our collective duty to work collaboratively to ensure that such rights are safeguarded,’’ he was further quoted.
The statement also said Buhari congratulated Adejumo on his retirement and meritorious service to the country, assuring him that his numerous contributions were well known and appreciated.
It also said he expressed confidence that the legacy Adejumo was leaving behind would be beneficial to those taking over from him.
‘‘I am confident his legacy will have a positive impact on those who follow him,’’ he said.
Adesina also said Buhari spoke on the mandate of the court, recalling how it was established as a specialised court to adjudicate on disputes arising from and relating to labour, industrial and employment matters.
‘‘Indeed, it is the court in Nigeria that is constitutionally mandated to perform these functions. Thus, the performance of this court directly impacts Nigeria’s ease of doing business indices,’’ he added.
The statement added that the president observed that the completion of the NICN annex building would further enhance the efficiency and effectiveness of justice delivery by the court.
‘‘Furthermore, the socio-economic impact of this Court cannot be downplayed as it also provides the platform for employees, retirees as well as the dependants of deceased employees to find justice when treated unfairly,’’ he was further quoted. 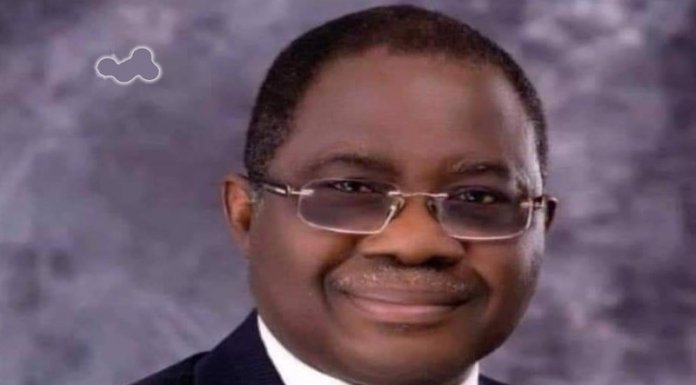