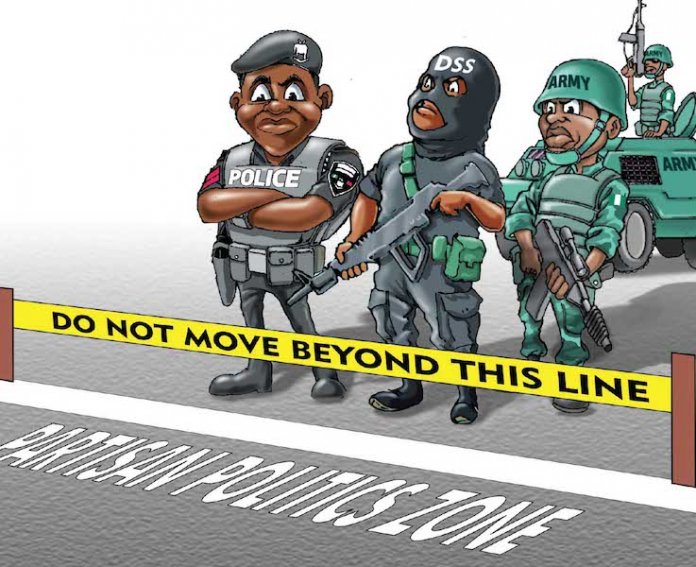 A policeman was Thursday killed and millions of Naira allegedly carted away as men of the underworld besieged a bank in Ise-Ekiti and carried out their robbery operations for over 25 minutes.

The incident was said to have happened around 3.30 p. m., when the suspected robbers who came with two vehicles were said to have entered the town through Ikere road.

The killed mobile policeman was among the security personnel attached to the bank.

The suspected robbers were said to have shot sporadically into the air to cause confusion and scare people within the bank’s vicinity.

The Public Relations Officer, Ekiti State Command, DSP Caleb Ikechukwu, who confirmed the incident, said the robbers attacked the bank with dynamite and gained entry into the banking hall.

He confirmed that a policeman was shot in the process.

“I can confirm to you that a bank was robbed at Ise-Ekiti this afternoon. They shot a policeman during the raid.

“The robbers broke the security door with explosive material, precisely they used dynamite.

“Our men are on their trail and we shall ensure that none of them escape. Members of the public are advised to go about their normal businesses. We are ready to protect lives and property at all times,” the police spokesmen stated.