Nigeria made history last week, when she celebrated her first National Identity Day(ID-Day) with glamour in Abuja, which was attended by stakeholders from the public and private sectors, including international bodies. The essence was to create awareness among Nigerians on the importance of identification as a modern tool for national development and social cohesion.

The ID-Day campaign was initiated at the 4th annual meeting of the ID4Africa Movement on 24 April 2018, in Abuja, as a global coalition calling for the recognition by the United Nations of September 16, otherwise known as 16.9, as International Identity Day(IID), since identity plays an increasingly important role worldwide in developed and developing economies.

According to him, “We delighted that Nigeria has become the first country in the world to declare September 16 as ID Day, thereby leading the rest of the world in this important direction.”

Nigeria’s choice of 16.9
Giving details on the choice of September 16 (16.9) for the yearly celebration of Nigeria’s Identity Day, Aziz explained it was in commemoration of Sustainable Development Goal (SDG) 16.9 which calls for legal identity for all including birth registration by 2030.

“Many important issues on the international development and human rights agenda have an observance day. For example, 10 December is Human Rights Day, while 20th of June is Refugee Day. Now is the time for identity to have a day of observance,” he stated.

The United Nations states that “observances contribute to the achievement of the purposes of the UN Charter and promote awareness of and action on important political, social, cultural, humanitarian or human rights issues. They provide a useful means for the promotion of international and national action and stimulate interest in United Nations activities and programmes.”

Based on the importance of national identity system, the federal government approved the recognition and observance of September 16 of every year as National Identity Day.
The Secretary to the Government of the Federation (SGF), Mr. Boss Mustapha conveyed the government’s approval in a letter dated August 29, 2019 and addressed to the DG of NIMC.

The letter read in part: “I am to inform you that the SGF has considered and approved that Nigeria should join the Coalition for International Identity Day, which will recognise the role of identity management for proper planning, governance and efficient service delivery; that the NIMC should proceed with educational and awareness campaigns on the proposed identity day to other public and private sector stakeholders including institutions in the movement.
“By that approval and the subsequent launch of the country’s ID Day, Nigeria became the first country in the world to formally adopt September 16, otherwise called 16.9, as Identity Day.”

FG’s assurance on national identity
The federal government assured Nigerians of a robust identity management system that would quicken the pace of e-governance in the country, and provide legal identity for all, including the facilitation of birth registration by 2030.

Musatapha, said the country’s identity programmme was in furtherance of the SDGs of promoting peaceful and inclusive societies, provision of access to justice for all and building an effective, accountable and inclusive institutions at all levels.

The SGF, who was represented by the Permanent Secretary, Political and Economic Affairs Office, from the office of the SGF, Mr. Aduda Gabriel Tanimu, said national identity remained a requisite for the country’s economic, social and political progress.

“The digital identity ecosystem project is an undertaking, which the federal government of Nigeria is fully committed to its actualisation and utilisation for governance and delivery of important government services.”

Chairman, Governing Board of NIMC, Bello Ibrahim Gwandu, in his opening speech, said the celebration was a culmination of an enormous collective effort, which began in April 2018 when Nigeria successfully hosted the 4th annual meeting of the ID4Africa Movement in Abuja.

He commended President Muhammadu Buhari for his support and visionary leadership in advancing and improving the identity development project of Nigeria.

“We are very pleased to see Nigeria taking the lead among the nations, not just in formally recognising 16 September as Identity Day, but in their continued drive to sensitise the public and the government alike about the importance of Identity in driving inclusion and socio-economic development,” Atick said.

According to him, “Nigeria’s formal action is an important milestone on the road towards international recognition at the level of the United Nations and will provide a new boost to a campaign that started with a call to action that we launched together with NIMC, during the 4th annual meeting of the ID4Africa Movement in Abuja, in June 2018, which subsequently led to the formation of a coalition that now counts over 110 organisations supporting the call for national identity day.”

“Nigeria’s formal adoption is an inspiration and a model for other nations to follow as we continue to engage with the worldwide community to bring this issue to the UN General Assembly so that 16 September will be recognised as IID,” Atick further said.

ID4Africa is an identity-for-all movement that accompanies African nations on their journey to develop robust and responsible identity ecosystems in the service of development and humanitarian action. It is a tripartite with representation from African governments, development agencies and industry.

ID4Africa believes that robust, service-oriented identity ecosystems built on respect of privacy and human rights are essential for growth of digital economy, and will become even more critical as African nations move to implement the provisions of the African Continental Free Trade Agreement (AfCTA).
The NIMC, established by the NIMC Act No. 23 of 2007, mandates NIMC to establish, own, operate, maintain and manage the National Identity Database in Nigeria, register persons covered by the Act, assign a Unique National Identification Number (NIN) and issue General Multi-Purpose Cards (GMPC) to those who are citizens of Nigeria as well as others legally residing within the country.

The NIMC Act 2007 provides for the establishment of the NIMC, its functions, powers, establishment of the National Identity Database, assignment and use of General Multi-purpose cards, and the NIN.
The Act also provides the commission with powers to make regulations connected with its functions. The NIMC Act 2007 provides the repeal of the law that created the former Department of National Civic Registration (DNCR) and the transfer of its assets and liabilities to the NIMC.

Aziz has since intensified the enrollment of Nigerians into the NIMC database, and stressed the importance of NIN as a mandatory number for all Nigerians. From the seven million enrollment figure in 2015, Aziz was able to raise the enrollment figure to over 35 million as at April this year. He attributed the success to the NIMC gazette regulations of 2017, which makes NIN mandatory for accessing services like international passport, insurance, pension among others.

Based on the mandate, government agencies are beginning to key into NIMC’s enrollment and they are making it compulsory for members.

The federal government made it mandatory that every Nigerian must have an NlN. To achieve this, all data generating organisations have been directed to harmonise their databases with NlMC, whose mandate it is to implement the National ldentity System in Nigeria .

In compliance with NIMC’s mandate, the National Pension Commission, directed all Pension Fund Administrators (PFAs) to update the records of their clients. Subsequently, all Retirement Savings Account holders. both active and retired, were advised to approach their PFAs to provide their NINs and Bank Verification Numbers (BVN) as well as other mandatory biodata information, and the exercise is ongoing.

To avoid such situation, which pose national security risks for the country, the federal government mandated NIMC to harmonise all exiting database sitting in silos, into a single database for Nigeria, where information and data of individuals and companies operating in Nigeria, could be accessed.
Now that NIMC is at the forefront of putting Nigeria on the global map of international identity through the adoption of September 16 date as national identity day, Nigeria, no doubt would soon become a country to reckon with on national Identity system. 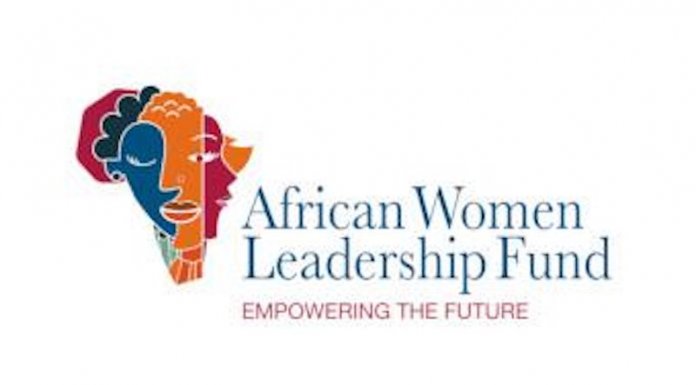