Ogun State Governor, Mr. Dapo Abiodun has signed four bills into law while suspending the N3, 700 education levy inherited from the previous administration ahead of the pubic primary and secondary schools’ resumption Monday.

The bills were signed into law in the presence of the Speaker of the State House of Assembly, Hon. Olakunle Oluomo alongside other members of the assembly at the Governor’s Office, Abeokuta on Friday.

Specifically, the Investment Promotion and Facilitation Agency is expected to provide a one-stop shop for investors wishing to establish their companies in the state.

After signing the bills, Abiodun commended the lawmakers for passing the bills in the interest of the people, noting that the assembly “has been able to pass seven bills within 100 days in office.”

He said the lawmakers did well by passing three other resolutions just as he appreciated them for approving his request for N1.5 billion loan to facilitate the Anchor Borrowers’ Programme aimed at producing 40,000 agric entrepreneurs.

He explained that the loan would enable the state participate actively in national economic growth, noting that agriculture was one of the sectors which his administration intended to revolutionise.

He said the programme “is one of the programmes under our agricultural sector, which is one of the pillars of our vision. We are committed to revolutionise that sector. We see the sector as one that will ensure food security and employment opportunities for our unemployed youth.

“The Central Bank of Nigeria will provide the loan which will be used in assisting the out-growers for clearing the land and other logistics. Our new agriprenuers would be provided free seedlings and paid allowances until their first harvest, while we supply the extension services.”

He reeled out his stewardship within 100 days in office, saying sectors like education, health, infrastructure, information technology, security, agriculture and employment were on the front burner.

He assured the legislators that all parts of the state would be touched in terms of development while pledging that his administration would be inclusive.

Meanwhile, Abiodun decried the public outcry generated by the imposition of education levy of N3, 700 in public secondary schools across the state.

He ordered that the N3, 700 education levy be suspended immediately. He claimed that his administration did not introduce such levy, disclosing that it was a proposal by the Parents Teachers Association (PTA) accepted and implemented by the previous administration.

Abiodun said he was suspending it to make good his promise of free, universal and qualitative education in public primary and secondary schools in the state.

“I have been criticised about the N3,700 PTA fee. I did not introduce the fee. It was proposed by the PTA and accepted by the previous administration.

The fee negates the free education policy of this administration.

“It is like payment through the back door. I hereby suspend the payment in all our schools across the state. We will also look into the issue of Principal and Headmaster Generals,” the governor said at a stakeholder meeting in Abeokuta.

Abiodun described the condition of schools in the state as pathetic, saying to ensure that public schools have the financial strength to run their day-to-day activities, he announced the restoration of the running cost for all primary school head teachers and principals of secondary schools.

While looking at the items on the list of what necessitated the introduction of the levy, the governor said he had told his team to critically look at insurance, caps, inter house sport wears and some other things.

He said: “I have told them to go and look at and how we can make it work without having to charge anybody, because we promised we are going to offer free education.”

He said his administration has embarked on the rehabilitation of 236 primary and secondary schools in the state, just as some of the non-functional model schools would be converted to technical and vocational centres.

He assured the stakeholders that his administration placed high premium on education, saying emphasis would be on training and retraining of teachers to enable them meet new challenges of development in the teaching profession. 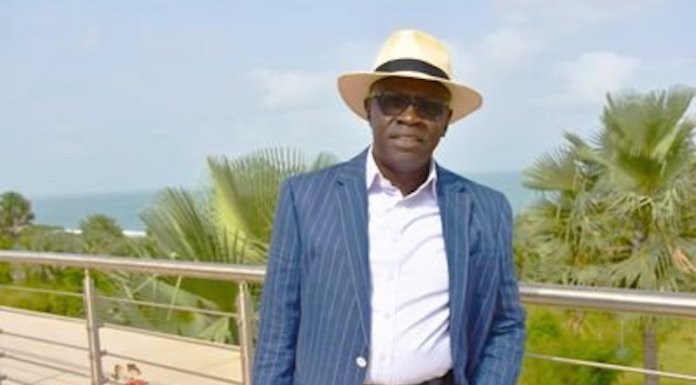