It seems some members of the Peoples Democratic Party are still smarting from the outcome of its governorship primaries in Kogi State, writes Ibrahim Oyewale

The Peoples Democratic Party (PDP), Kogi State chapter, is no doubt facing another trying moment, with the crisis rocking its very foundation. This, indeed, could jeopardise the chances of the party in the forthcoming gubernatorial election on November 16, if not addressed in time.

This is coming after the party had concluded its governorship primaries and subsequently elected Musa Wada as its standard bearer and Samuel Bamidele Aro as his running mate, to the electoral body, the Independent National Electoral Commission (INEC), while some aspirants were still crying foul.

The primary election, which could have been described as the best in the history of the PDP in Kogi State, had ended up in chaos and the decision to continue with the faulty process by the electoral committee in view of the security challenges that arose that night was seen as deliberate and a big fraud.

In what appeared as a huge crack in the walls of the PDP, which is trying to redeem its image in the Confluence State after losing election in 2015, started to manifest, when unidentified armed thugs invaded the venue of the primaries at the Lokoja Confluence Stadium and started shooting sporadically.

This led the head of electoral committee, Ahamadu Umaru Fintiri and others to scamper to safety while many were left with scars. One man died when he tried to jump to escape being shot.

However, at the resumption of the sorting and counting of the votes at a neutral venue on Wednesday, September 4, Fintiri called on all aspirants to imbibe the spirit of sportsmanship and accept the result of the primary election.
Wada, who is a younger brother to the immediate past governor of the state, Capt. Idris Wada, also an aspirant for the ticket, scored 748 votes to clinch the party ticket.

In a congratulatory message, the Publicity Secretary of PDP in the state, Bode Ogunmola said the party has congratulated the winner of its governorship primary, Musa Wada, saying its victory at the November 16 main election is sure.
Ogunmola said the party battled against all odds to meet the deadline for the submission of names to INEC and has been positioned for victory.

He reiterated that the PDP remained one big family, and urged other aspirants to put the primary behind them and join the party’s candidate to deliver the state to the PDP and save the people from bad governance, even as he urged the winner to keep his doors open to accommodate workable views that would ensure his victory at the poll.

The Party was of the view that with the primary over, the fireworks to win the election would begin in earnest and appealed to supporters of other aspirants to work with the winner to actualise the victory of the party at the poll, while calling on stakeholders especially, INEC and security agencies to create a level playing field for all parties.

But the aggrieved aspirants had begun to speak in the discordant tunes following the invasion of the venue. Already, two prominent aspirants, Ibrahim and Melaye had filed petitions at Kogi PDP governorship primary Appeal Committee alleging that emergence of Musa Wada was fraught with fraud.

As if that was not enough, Melaye, who was appointed the Director General of PDP, Wada/Aro Campaign Organisation roundly rejected the offer. He’s also denied rumour that he was plotting to return to the All Progressive Congress APC.

In another breath, a former acting governor and erstwhile Speaker of Kogi State House of Assembly, Clarence Olafemi has disclosed that the reason he visited Governor Yahaya Bello, was because of the impunity in the opposition PDP.

Olafemi, a chieftain of PDP made this known while speaking with journalists at his residence in Lokoja, Kogi State, capital, that he was already on his way to dumping PDP for APC in the state.

He explained that PDP has cheated him several times and could not continue to stay in the party, stressing that he was one of the strong PDP members in the state and the National Working Committee of the party has failed to recognise his input and efforts for the party.

Also, Ibrahim, who was a major contender for the PDP ticket has gone a step further to file a suit at the High Court sitting in Lokoja, seeking the nullification of the PDP governorship primaries and asking the Independent National Electoral Commission to stop forthwith the recognition of Wada as the party’s candidate.

Ibrahim was present at the High Court premises to sign the necessary papers, claiming that he was the rightful owner of the PDP governorship mandate.

Accompanied by Otaru Roland Otaru, SAN, he said he won the PDP governorship primaries and was therefore seeking the court to help return his mandate. A date is yet to be fixed for the mention and commencement of the matter.

Sources told THISDAY that there may be mass defection from the PDP to the APC in the days to come, because those whose political interests had been injured at one time or the other are threatening to leave the party unless justice was done by the hierarchy of PDP at both the national and the state levels.

The question agitating the minds of watchers of political event in Kogi State is that could the PDP surmount all the challenges confronting it to face the herculean task ahead of the November gubernatorial election?

A political analyst, Mr. Mamam Ahmed Ibrahim, who spoke to THISDAY, explained that the notion by a particular group to say governorship position is their birthright was repugnant to natural justice, particularly in a state with diverse ethnic groups like Kogi State.

He lamented that one of the bane of development in Kogi State was lack of unity of purpose, arguing that rather work for the overall development of the state, some were singing in favour of their of own ethnic background even if they were doing the wrong things.

“More so, politics is about interest and once that that interest is not realisable, they will make a detour and look for alternatives where their ambitions, wishes and aspirations could be met,” he said. 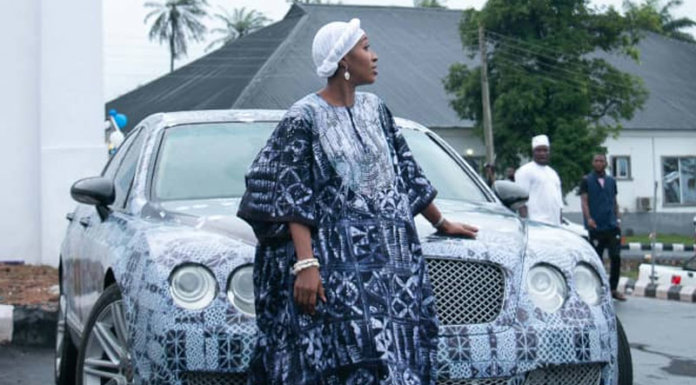