Nigeria’s major airports in Lagos, Abuja, Port Harcourt and Kano could generate over N45 billion annually from the current N19 billion, if they are given out in concession to attract private sector funding, THISDAY’s investigation has revealed.

THISDAY gathered that the concession of these airports would expand and modernise the facilities.
With such facilities, it is expected that more international carriers would fly into the country, which would boost the aeronautical revenues.
Industry experts who spoke to THISDAY said most of the additional revenues would come from non-aeronautical resources, including advertisement, service charges, concession fees, excursion charges and access gate charges and others.

Aviation industry consultant and Chief Executive Officer of Belujane Konsult, Chris Aligbe, told THISDAY that if the airports were concessioned, they would generate over N45 billion annually, adding that concession not only creates jobs but also multiplies revenue.

“Under concession, N45 billion is a child’s play. That is mere $12 million; even the Murtala Muhammed International Airport (MMIA) will generate more than that if concessioned. They have no idea what a concessioned airport can generate until they compare the revenues of the airports under government management and the one that had been concessioned. MMIA can generate more than that, followed by the Abuja airport. People do not know the magnitude of the money the airports could generate. There is a system of incompetence in the management of the airports. The system they are managing is incompetent, which is imposed on competent managers and making them look incompetent. What will be realised will be huge – much more than N45 billion,” Aligbe stated.

Currently, none of Nigeria’s airports is in the first 10 rating of the best airports in Africa and none of them has met any global standards of good airports.

The federal government had indicated that it would concession the airports so that investors would commit funds to infrastructural development.

In the first tenure of the Buhari administration, concession was identified as one of the cardinal goals to transform the aviation industry.

In 2017, the scope of the concession was expanded into two phases, and the Ministry of Aviation was working in collaboration with the Infrastructure Concession Regulatory Commission (ICRC) to concession those airports by 2020.

The Minister of Aviation, Senator Hadi Sirika, had explained that the quest to concession the maintenance of airport infrastructure and the building of new ones across the country was to maintain high standard and efficiency in the running of airport operations in tandem with global standards.

In an interview on Channels TV on Sunday, renowned Economist and CEO of Financial Derivatives Company Limited, Mr. Bismarck Rewane, said it had become critical for the federal government to concession the airports as a way of boosting the nation’s economy.

Rewane added that government does not have the funds to improve and modernise the airports and its best option is to concession them so that entrepreneurs will commit their funds to revamp the facilities.

Industry stakeholders were of the view that the 22 airports under the management of the Federal Airports Authority of Nigeria (FAAN) were grossly underutilised.

They said if given out to the private sector under concession arrangement, the revenues would multiply and also the employment would more than double.

THISDAY’s analysis of the non-aeronautical revenues generated by the Bi-Courtney Aviation Services Limited (BASL) at the Lagos Airport Domestic Terminal, known as MMA2, showed that the facility, which is just one terminal, generates over N1 billion annually from advertisement but all the airports under FAAN generate less than N500 million annually from advertisement.

THISDAY gathered that FAAN earns this sum under an agreement signed many years ago with two outdoor advertisement agencies.
However, under concession such revenue would be multiplied.

This is followed by Abuja airport that generates about N4 billion annually while Kano and Port Harcourt generate N2 billion and N1 billion respectively.

Industry analysts said without interference from government, the revenue sources in these airports would be multiplied.
Also, currently the total number of FAAN workers is 8,000 but it is projected that this would increase if the airports were given out in concession.

Aligbe told THISDAY that concession is the only option Nigeria has to revamp its airports.

“First, this will enhance infrastructural development. Currently we do not have any airport that is of international standards. None can even compare with the best in Africa, but if the airports are given out in concession, more airlines will come into the country and Nigeria will begin to develop into a hub.

“I hope that Air Peace will remain in this form and Asset Management Corporation of Nigeria (AMCON) will let go of Arik Air and Aero Contractors and return them to their original owners because they don’t know how to manage airlines so that the indigenous carriers can grow stronger. We also hope that the national carrier will come up and with modernised airport, Nigeria will grow into a hub.
This will create more jobs. Even now the facilities at the airports are nothing so there is nothing to concession. Nigeria does not have any standard free duty shops and Nigerians are known to patronise duty free shops. This is because there is no room to establish such standard shops at the airports,” Aligbe stated.

According to him, if the airports are concessioned, the Lagos airport alone would multiply the number of jobs there in the next five years and this would have significant impact on the economy.

Aligbe said there should be no more delay in the concession of the airports and advised that the issue of labour must be settled before concession is done.

“In five years under concession, government will create more jobs for the teeming youths while it takes care of the entitlements of those who have put about 25 years in FAAN. And about 60 per cent of the workers in FAAN today will be retained because they cannot be eased out suddenly; it will take some time,” Aligbe added.

On security at the airports, Aligbe said security would not be a challenge because government would retain aviation security personnel (AVSEC) and dismissed the fears that concession would make the airports porous. 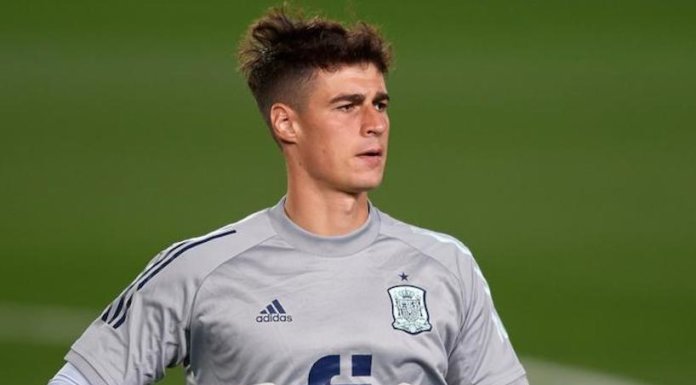