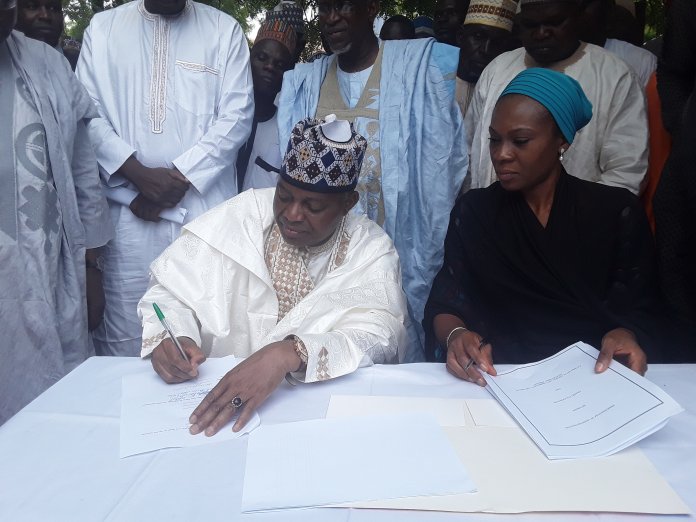 Francis Sardauna in Katsina
As part of measures to alleviate the plight of rural dwellers through the provision of social infrastructure, the Katsina State Community and Social Development Project (CSDP) and Oando Foundation Friday signed a Memorandum of Understanding (MoU) to assist underprivileged communities in the state.
CSDP is a World Bank assisted project, which became effective in 2009 with credit portfolio of $200 million IDA resources to support the implementation of CDD-based community development projects in Nigeria.
The project is aimed at assuaging the challenges of vulnerable people, rural dwellers and Internally Displaced Persons (IDPs) to improve social and natural resource infrastructure services in Nigeria.
Speaking during the flag-off of the partnership at Randawa community in Mani Local Government, the Katsina State Governor Aminu Bello Masari said the MoU was necessary as it would go a long way in complementing the state government’s quest of assisting communities via the provision of basic education facilities.
Masari, represented by the state Head of Service, Idris Usman Tune, said the initiative of Oando and CSDP was in line with the federal and state governments’ cardinal objectives of bringing positive change to underprivileged communities.
He said: “Oando Foundation’s initiative is being implemented across the nation, towards improving the standard of education in Nigeria, which is a clear demonstration of your commendable effort in the discharge of your corporate social responsibility. This is in line with the state government’s restoration agenda.”
The governor admonished Randawa community, traditional rulers and Mani Local Government authority to maintain and safeguard all the projects executed in the area against vandalism.
Earlier, the Programme Manager, Oando Foundation, Tonia Uduimoh, said beyond its primary mandate to support the Nigerian government in achieving the Sustainable Development Goal 4 through its Adopt-A-School Initiative (AASI), the foundation is committed to building strategic partnership that would tackle critical barriers to basic education attainment in its adopted school communities.
“This will deepen the scale and impact of our interventions at the community level. The Community Development Drive (CDD) approach deployed by the CSDP aligns with our programme sustainability model which prioritizes community participation in school improvement processes,” she explained.
According to her, the Foundation has adopted 88 schools across 23 states of the federation, adding that the goal was to significantly improve the learning outcomes of over 200,000 pupils through the Adopt-A-School-Initiative (AASI).
“We have adopted seven public primary schools in Katsina State, working in close collaboration with key stakeholders at the state and local levels, to improve basic education planning and delivery for better learning outcomes among pupils in adopted schools.
“The key interventions provided include eight blocks of 25 classrooms; 156 units of furniture for students and teachers, perimeter fencing in two schools, three solar-powered ICT centres, 18 units of integrated child-friendly toilets, six motorized boreholes kitted with power generating sets, water storage tanks and wash bays,” she said.
She reiterated that the Foundation also strengthened the capacity of 300 teachers in modern pedagogy and subject knowledge and trained 133 School Based Management Committee (SBMC) members in effective school improvement.
Uduimoh affirmed that the Foundation also awarded scholarships to 70 pupils to support their secondary education and provided over 2,000 learning and instructional materials across the adopted schools.
On his part, the acting Manager of Katsina State Community and Social Development Project, Muhammad Dikko Abdul’Aziz, said the agency has spent over N3.26 million for the execution of micro-projects in schools, healthcare centres, water supply, electricity and access roads to 42 communities in six local councils of its operations.
“The agency has from inception of additional financing in 2017 and subsequent commencement of disbursement of funds to communities and groups in September 2018, disbursed a total of N150,936,038.03 in education sector alone,” Abdul’Aziz said.
He noted that Oando Foundation has partnered with Katsina CSDP to empower parents who could not afford to send their children to schools as part of its strategy to improve access to quality basic education and drive enrollment in adopted schools. 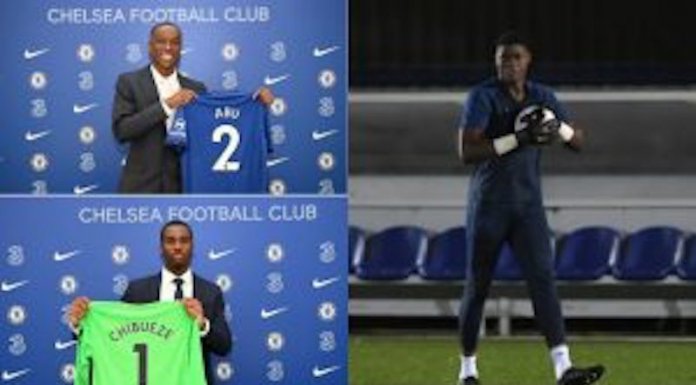